Today we have an updated edition of The Wrench, before we begin though we just want to let you know about the Open Modding event that will be occurring from May 12 to May 19, in which all licensed servers in the main server browser can run mods without the need for the mod being whitelisted. We'll be sharing more information about the event next week but here is an updated look at just some of the mods currently in development.

Sanctuary
Sanctuary is inspired by old-school CQC maps with 10 tickets per team.

Steel Division
Steel Division focuses on nighttime layers featuring lights, night vision, and more air and ground support. They don’t have any unique command support call-ins yet but plan on adding a thermal UAV and an AC130. 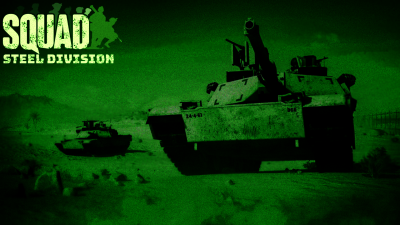 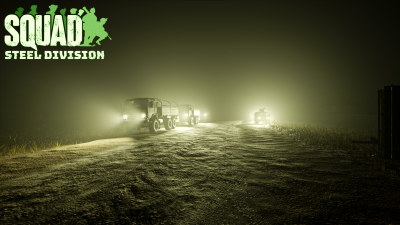 Croatian Armed Forces
The Croatian armed forces will bring another NATO member country to Squad using a mix of old Soviet, Yugoslav, and modern NATO equipment. In addition to the new equipment, the mod will also include two maps set in Croatia.

Shown here are the LKW 5t mil gl 4x4 truck, PLASTIKA M93 hand grenade, and the HS Produkt VHS-D2 (all used variants of the VHS-2 will be included). 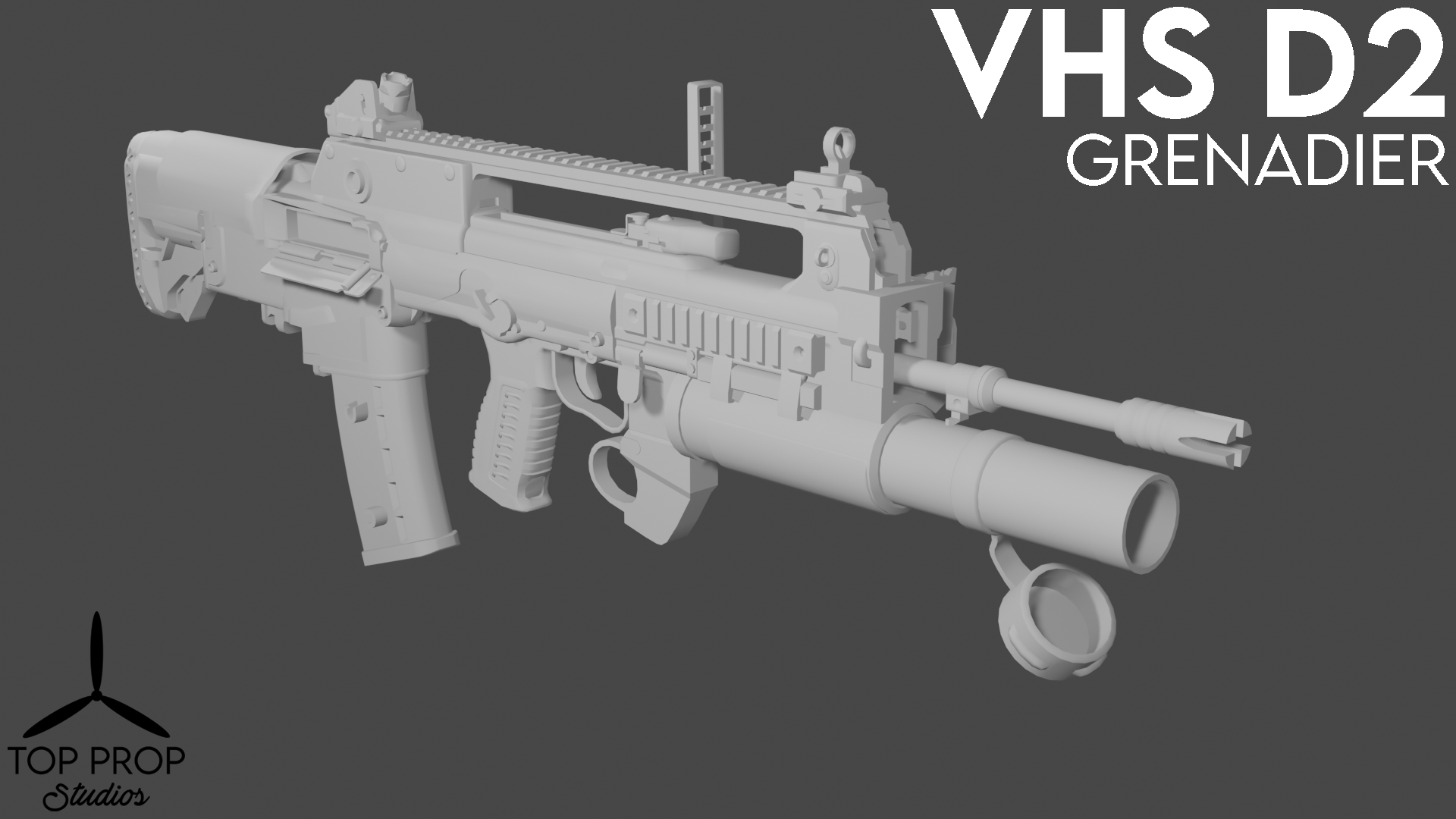 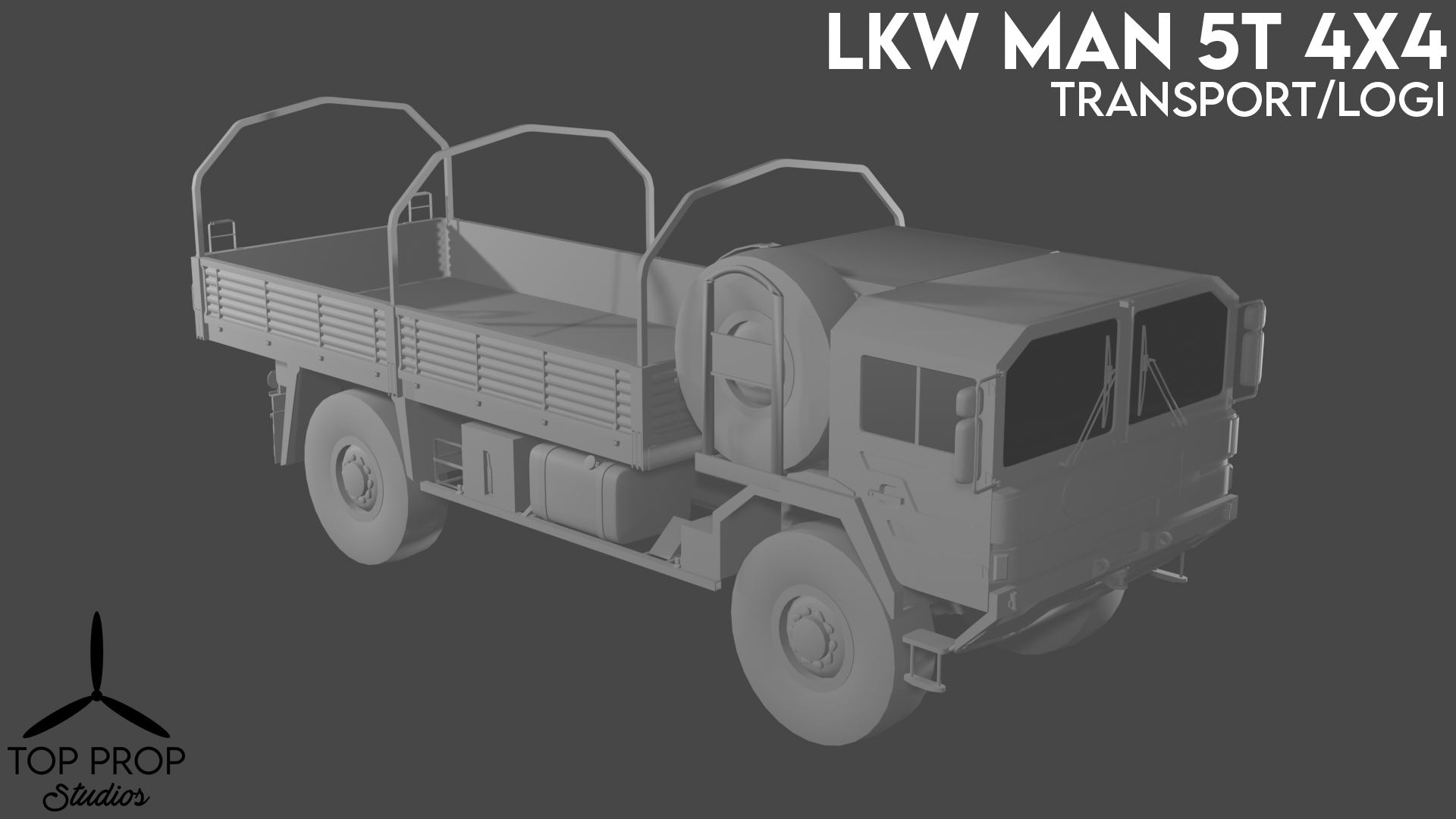 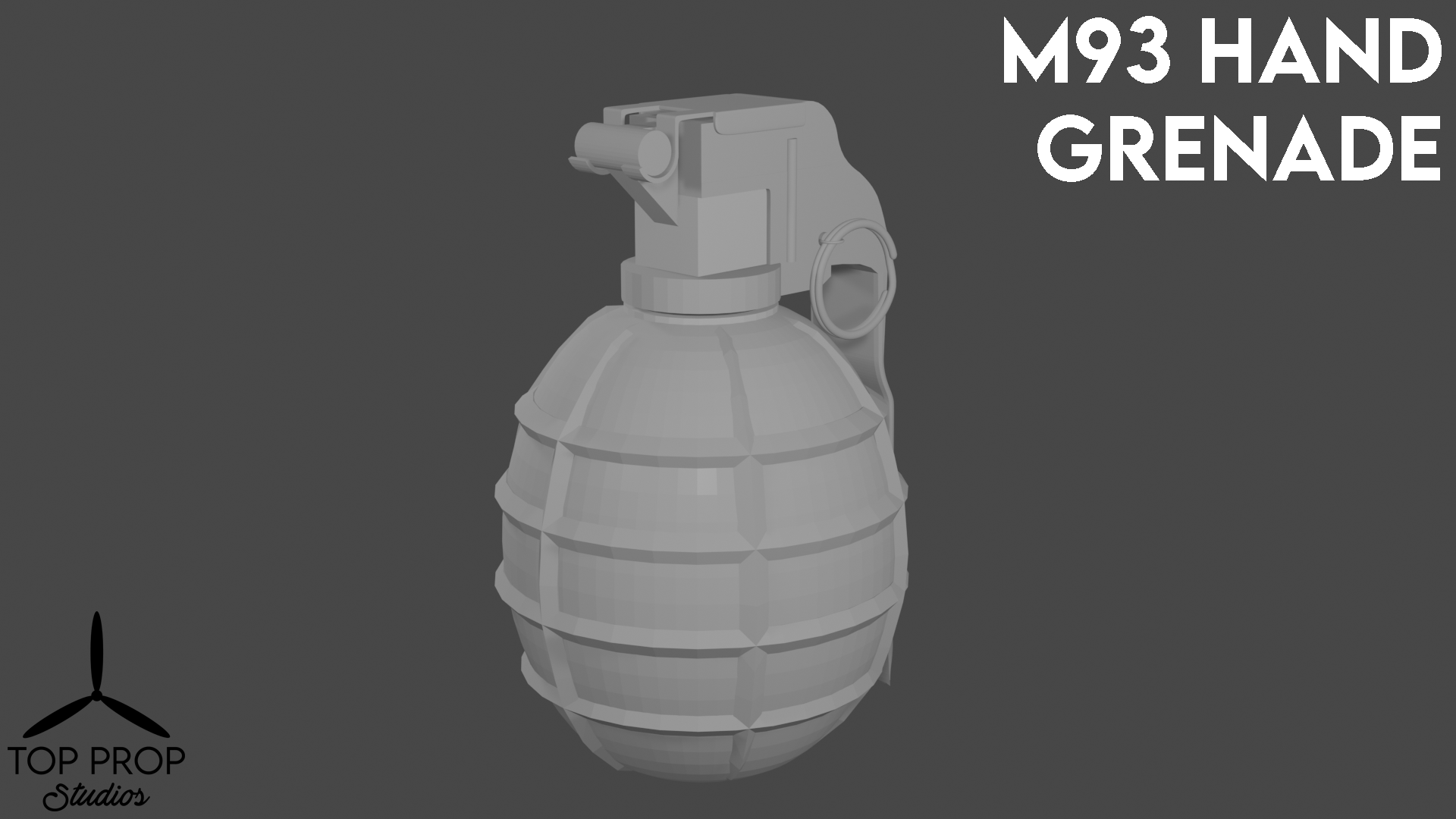 French Faction
The French faction is coming, they’ve been testing the initial scaled-down version of the mod during the testing phase leading up to the open modding event. Their plan is to select and recreate the equipment of the French ground forces from 2010 to 2020. 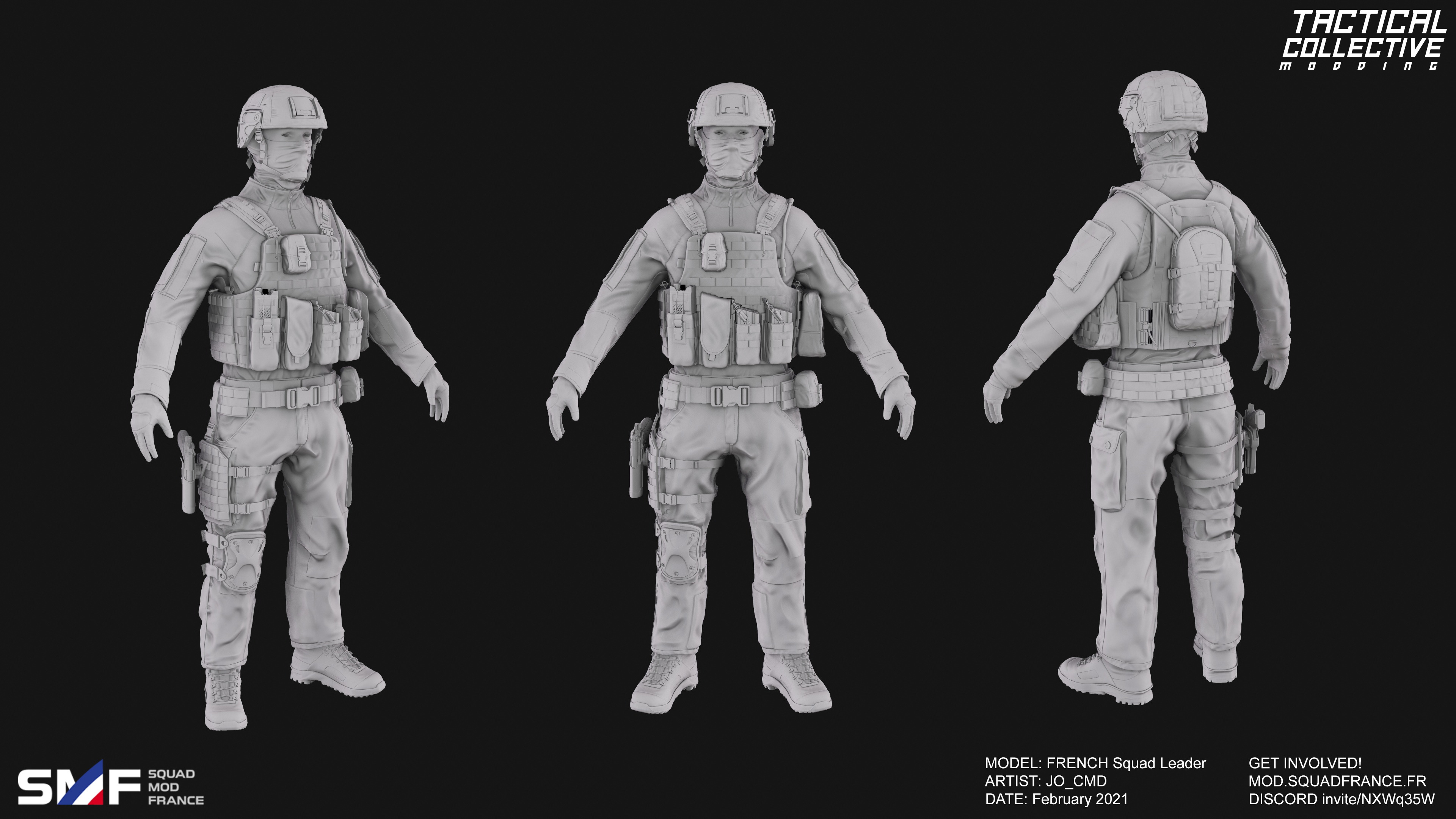 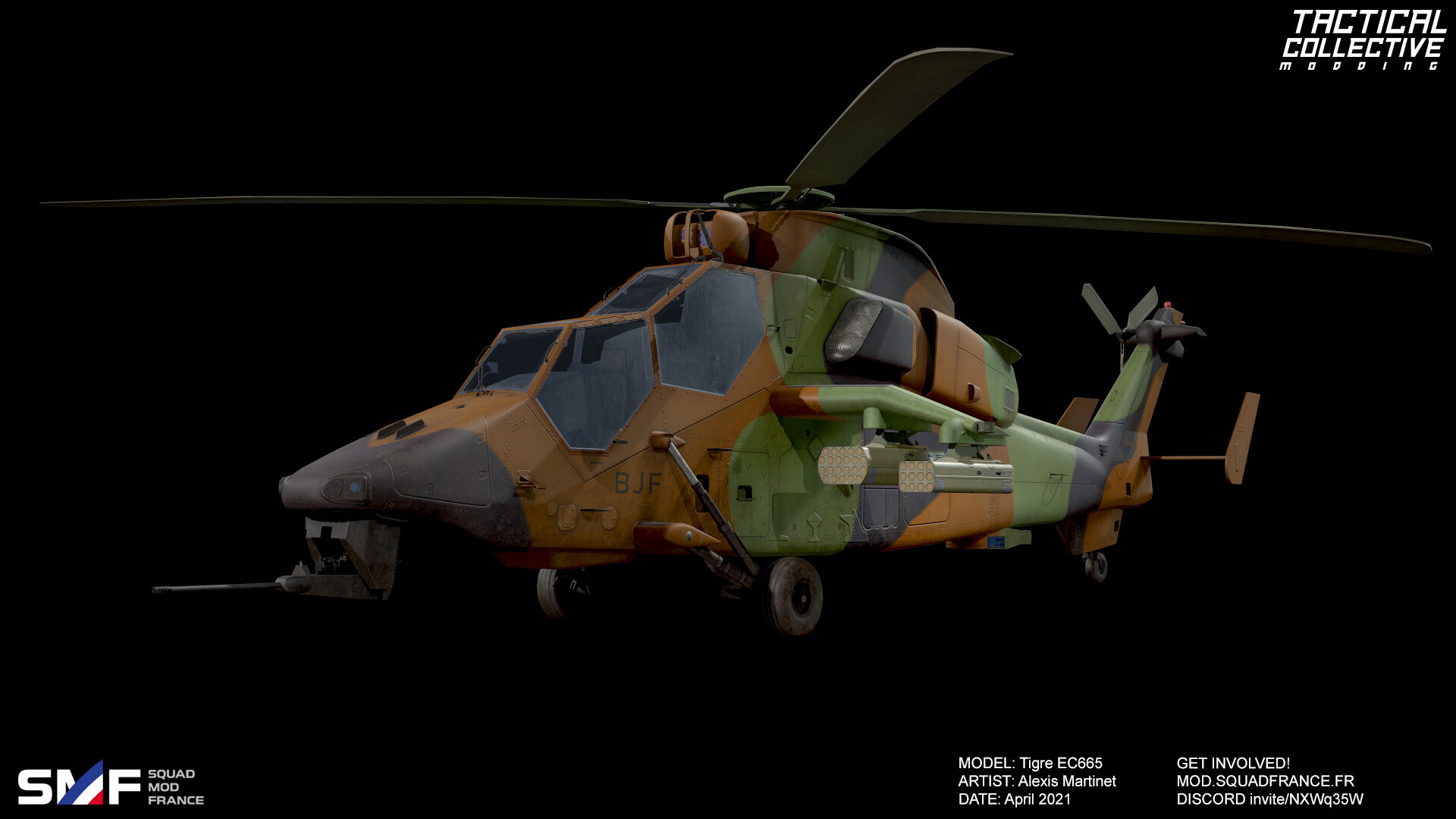 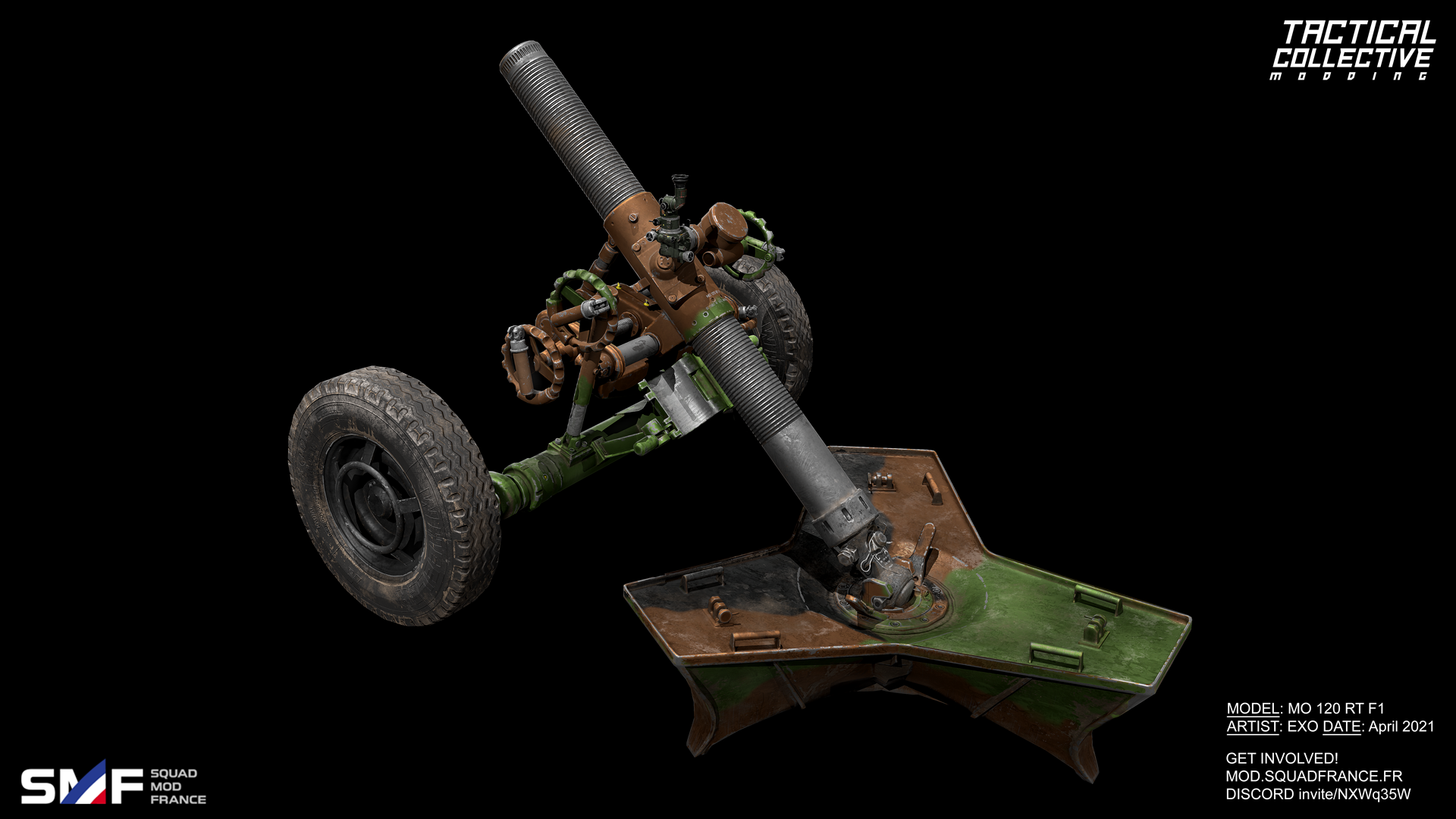 Brazilian Army
The Brazilian army team aims at having an initial release and playtest by the end of the year. They plan on representing equipment being used by the Brazilian Army since 2010. The mod will also include two maps, one representing the Amazon rainforest and an urban map, possibly set in a favela or other large Brazilian urban center.

Please go check out their discord and website for more Info
https://discord.gg/ucXhXEKcaT
http://squadbrazil.rf.gd 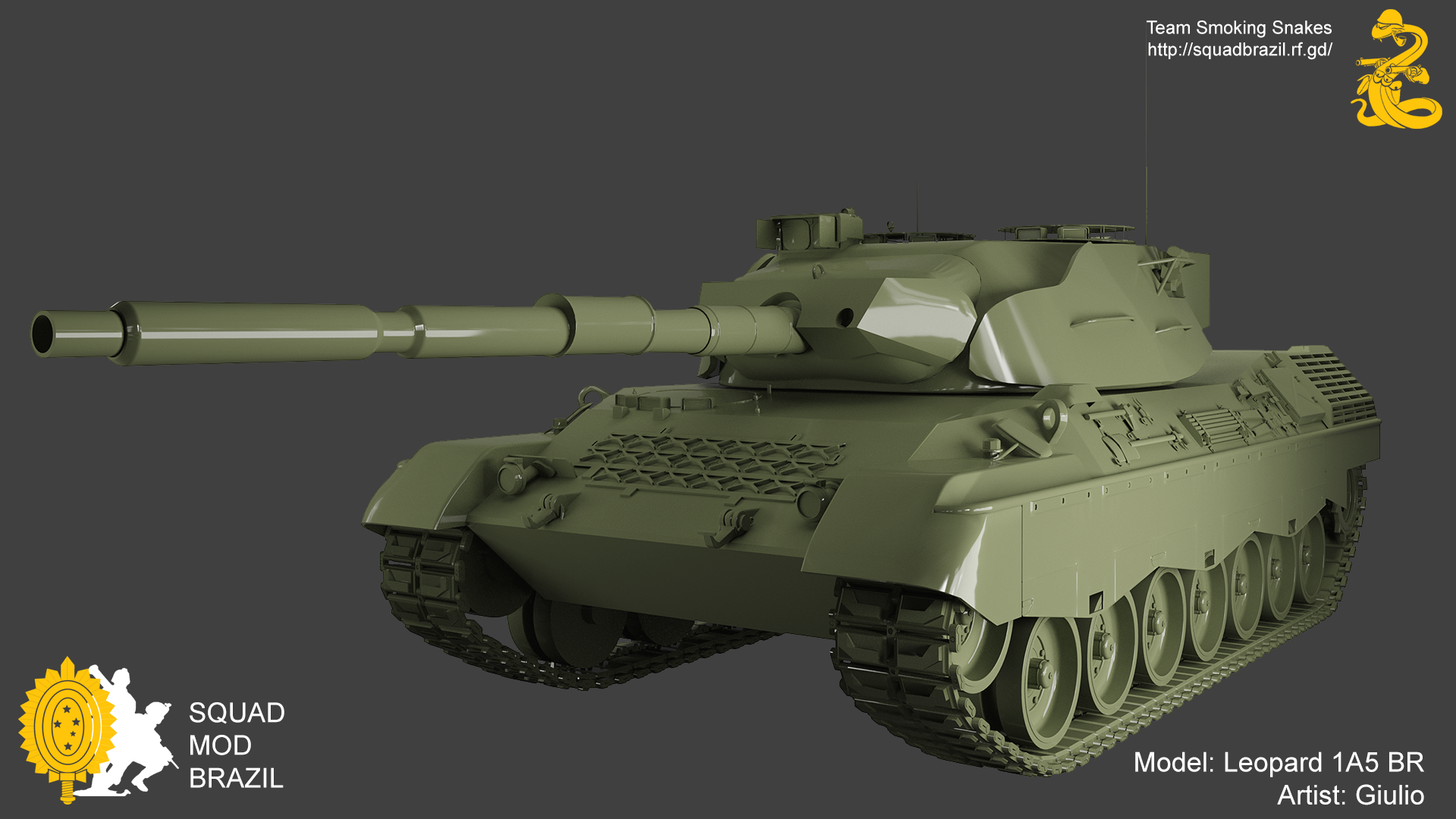 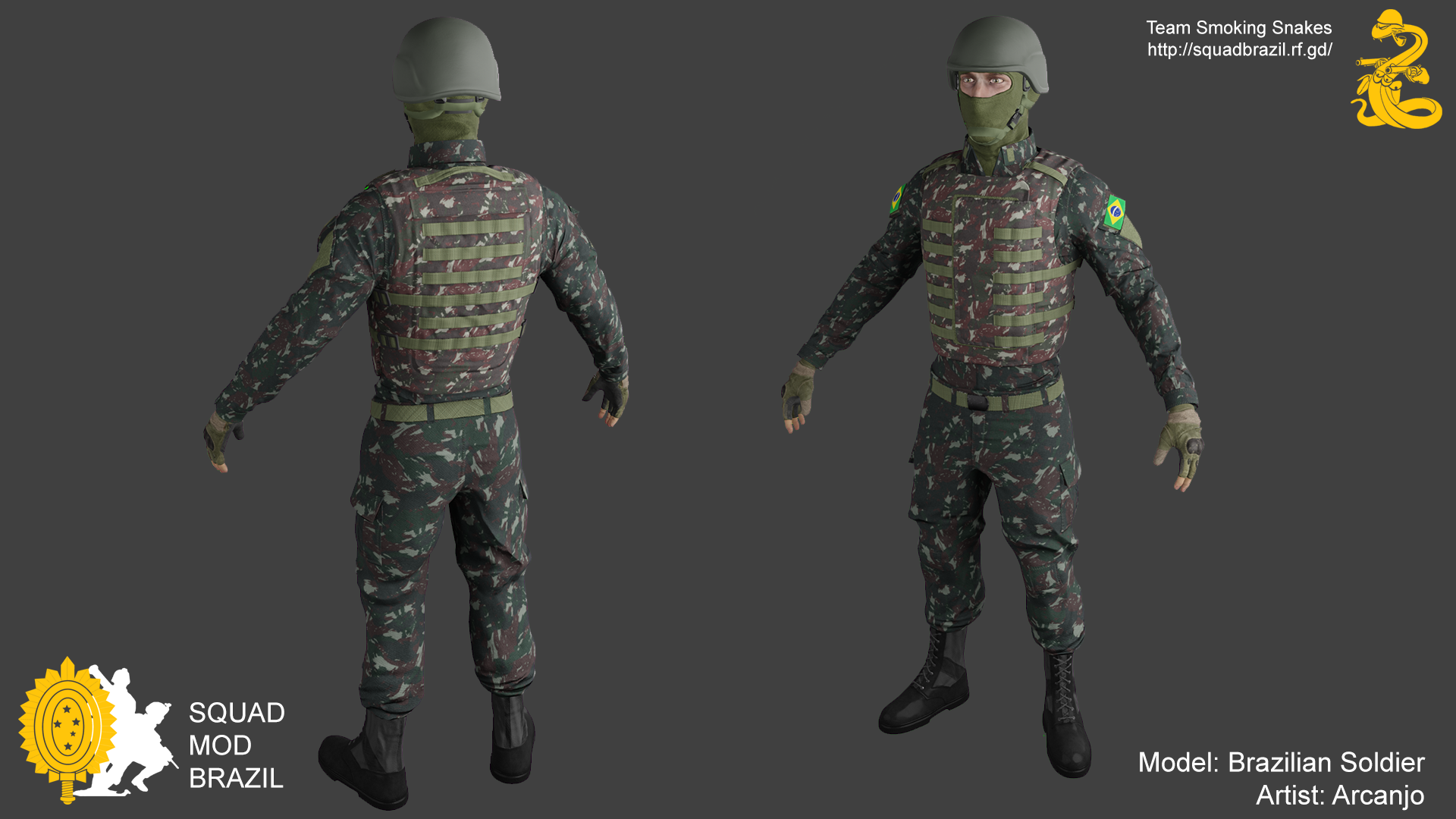 Dorilsk
Set in a fictional valley in north-western Russia, Dorilsk is Rookheim’s debut into map creation. Originally just a testbed to learn UE4, it has now been refined into a playable state. The map is characterized by thick spruce forests surrounded by highly defensible positions that will require coordination, teamwork, and a lot of firepower to both take and hold. POI:s include a radio tower, villages, river crossings, camouflaged camps, a construction yard, a swamp, ruins, and a hastily fortified airfield. The map features, among others, an invasion layer where an under-equipped RGF will have to stage a desperate defense against attacking Militia forces. 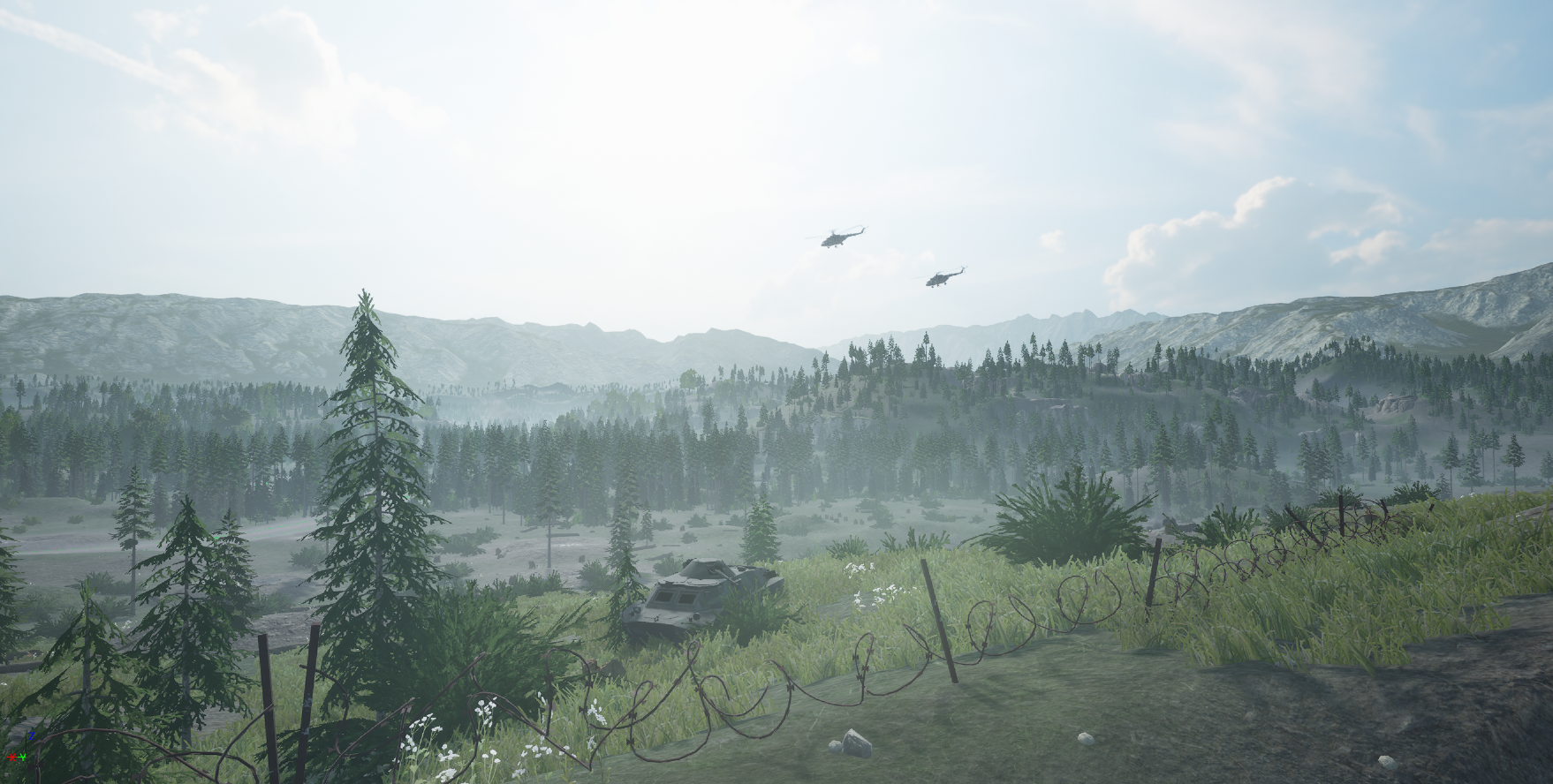 SquadZ: Origin
This is a zombie MOD, which allows players to experience the absolute firepower of human beings in a Squad, and also the sense of oppression and despair brought by zombies. Currently, it has 7 modes and 13 maps, and 53 maps are playable. More camps, gameplay, and guns will be added in the future. At the same time, the game environment in the MOD will also allow new players to quickly adapt to and participate in the game. 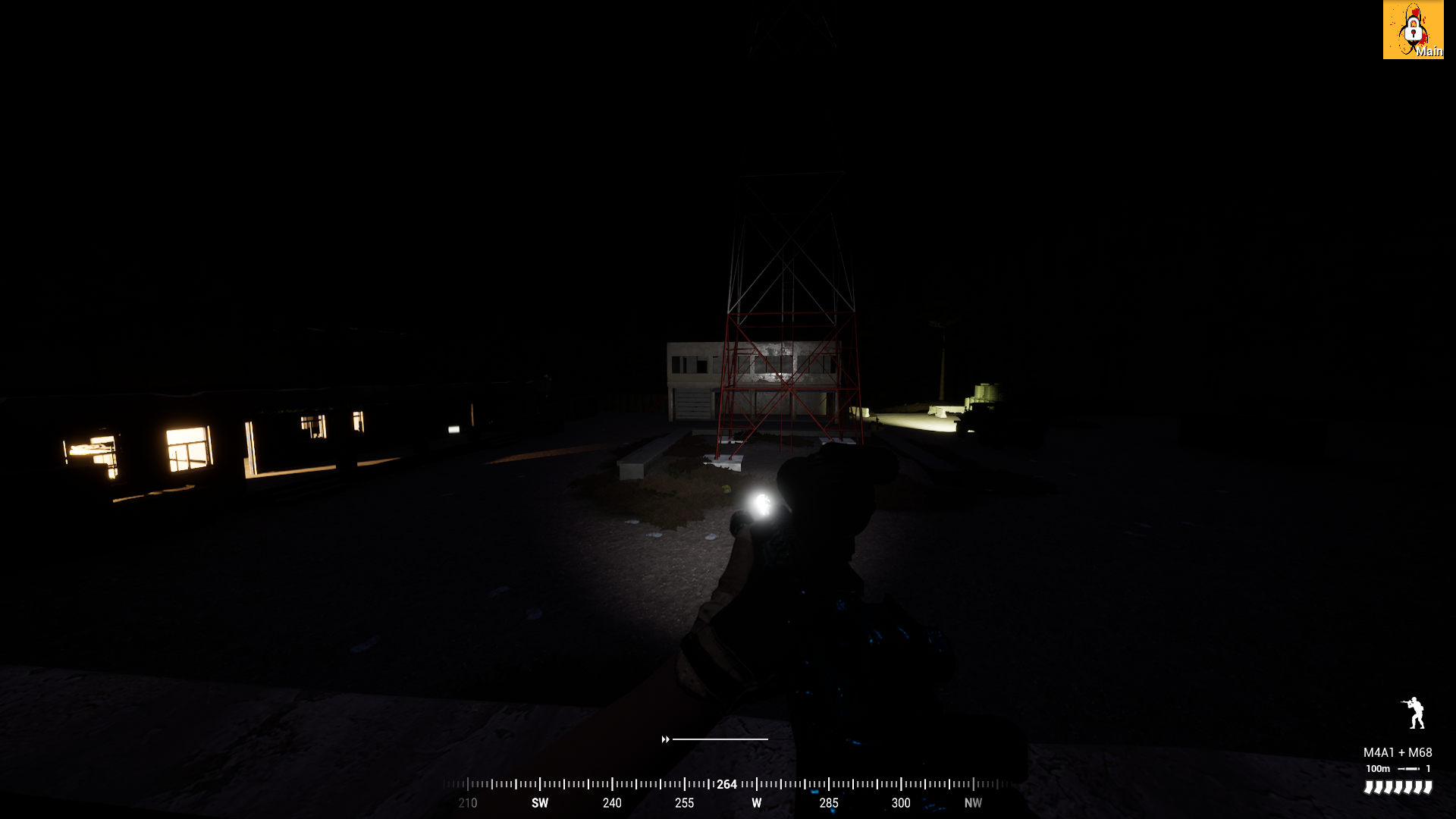 REBORN: SQZ
REBORN: SQZ is a PvP zombie mod pitting 1-life humans against an ever-growing team of zombie players. Similar to "infection" modes in other games, humans spawn at the start of the round and survive as long as possible. The zombie team has a variety of classes and abilities to try and spread the virus, while the humans' best weapons are communication and teamwork.

REBORN features several custom modes:
Last Stand - Humans build & defend a SuperFOB until time runs out or they are overrun.
Hives - Humans search for the main zombie hives and attempt to destroy them.
Extraction - Humans capture relays to reveal an extraction zone and escape.
Escort - Humans drive & protect an APC as it travels between refueling stations.
Survival - Humans place a FOB and send out parties to capture supplies.

REBORN features 11 maps, including 5 custom maps built specifically for the mod! More vanilla maps will be added and custom maps are always in the works. 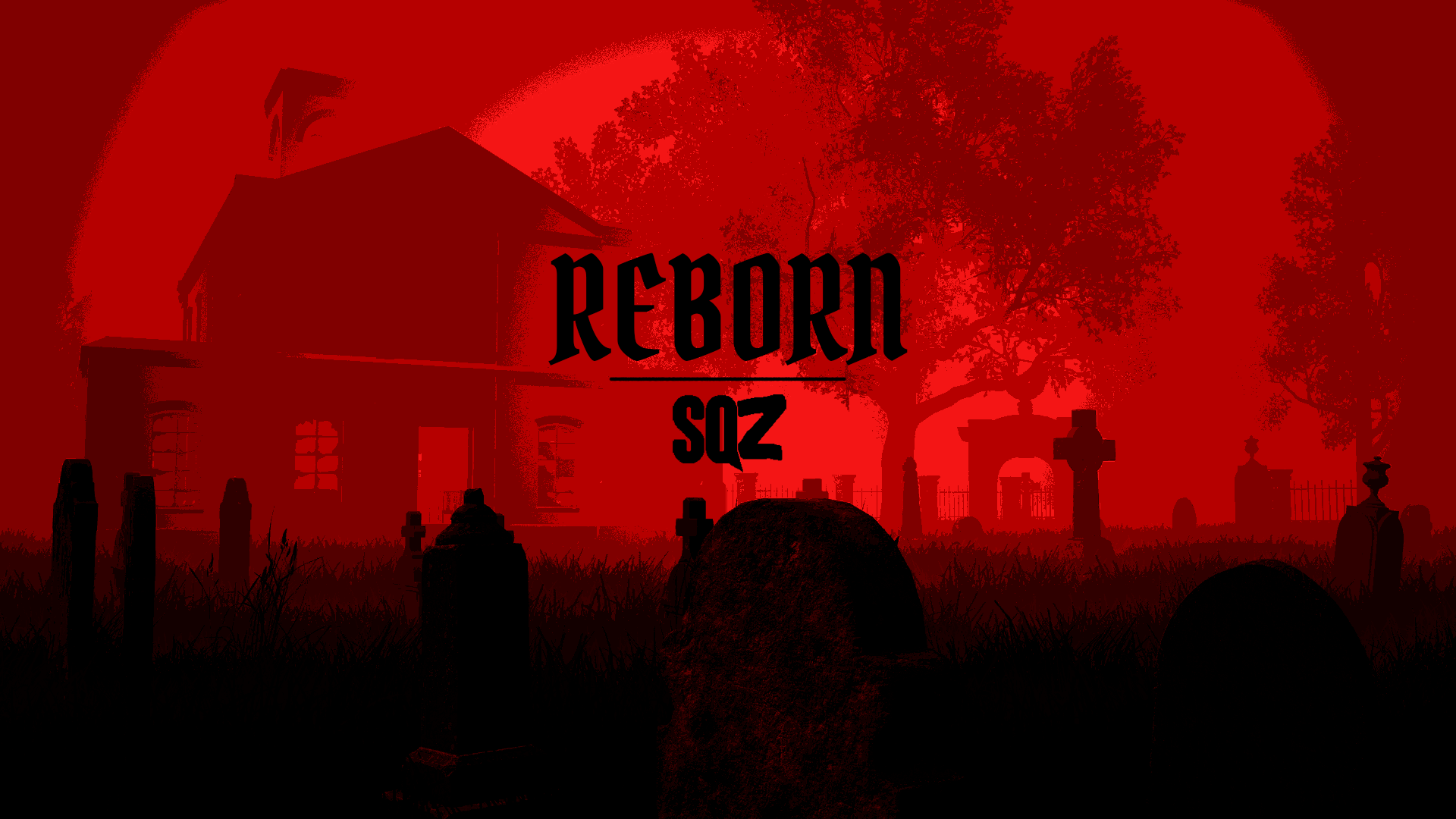 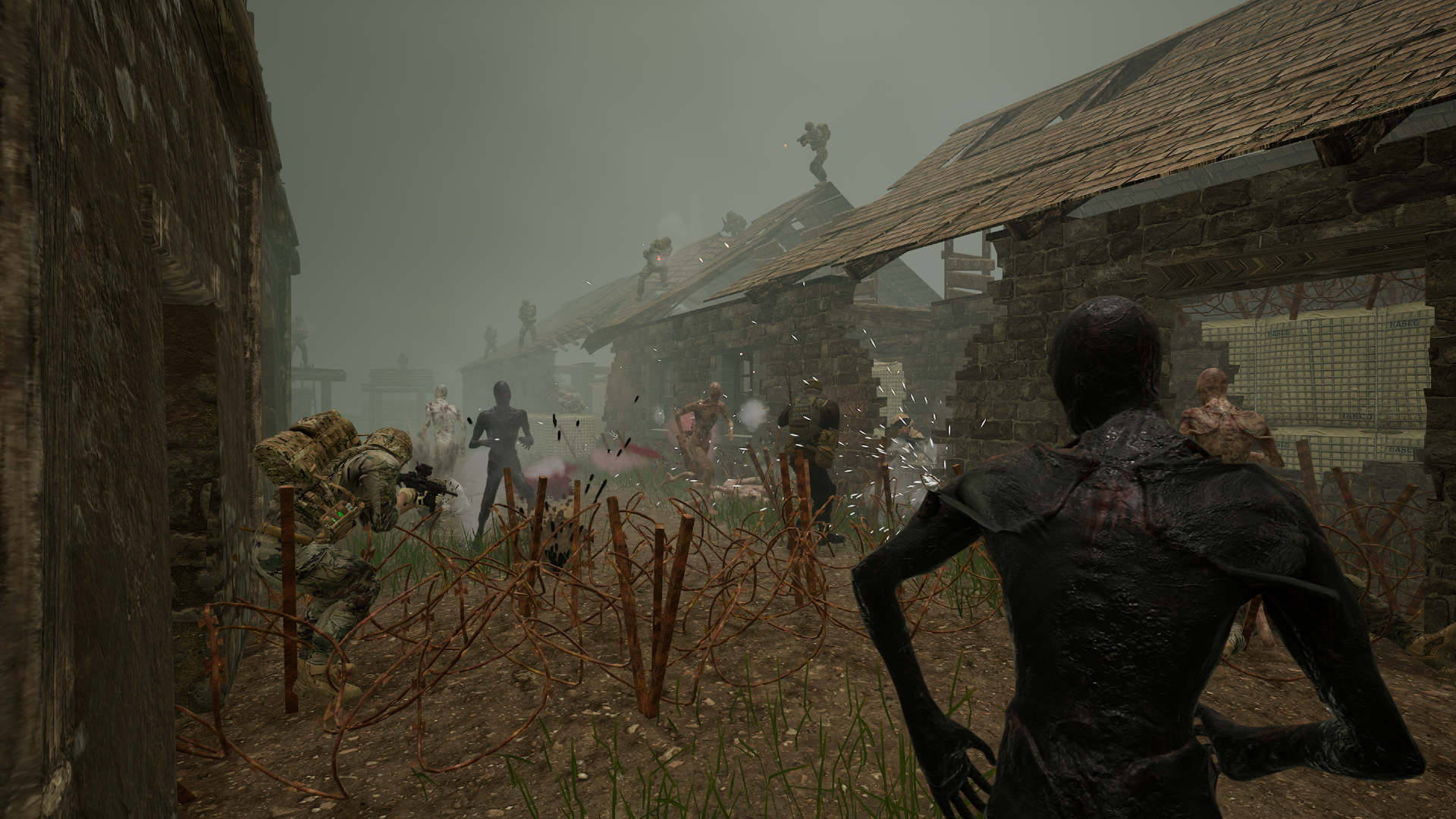 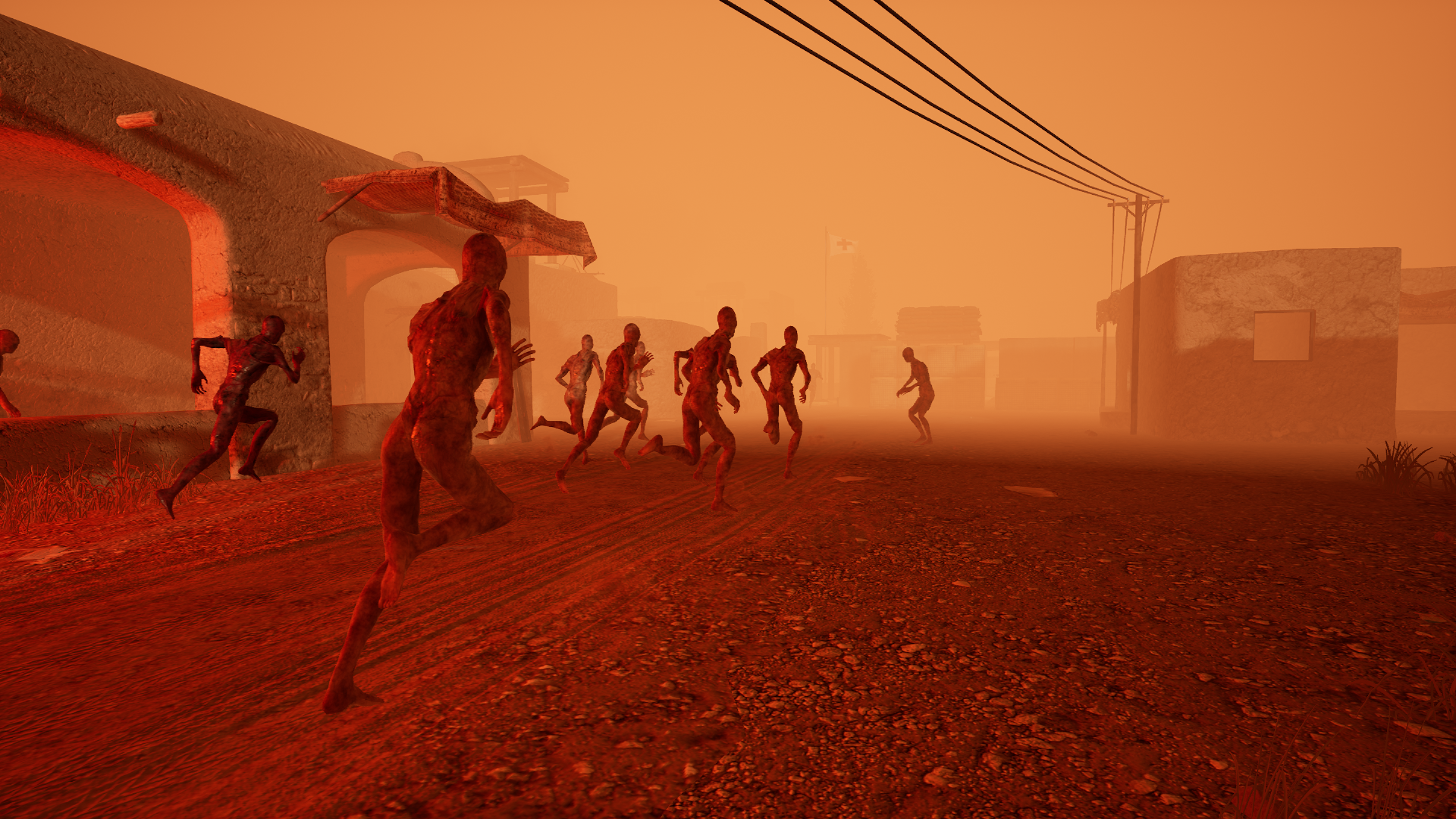 Wake Island
The Wake Island Crew proudly presents: We manage to get our lazy selves up and update the Mod to Squad 2.6 with all the comforts that come along with it including better water thanks to the addition of screenspace reflections. Wake features a wide variety of game modes from AAS over Invasion to Skirmish and TC. We hope that Wake will someday get the chance to be played on every server. 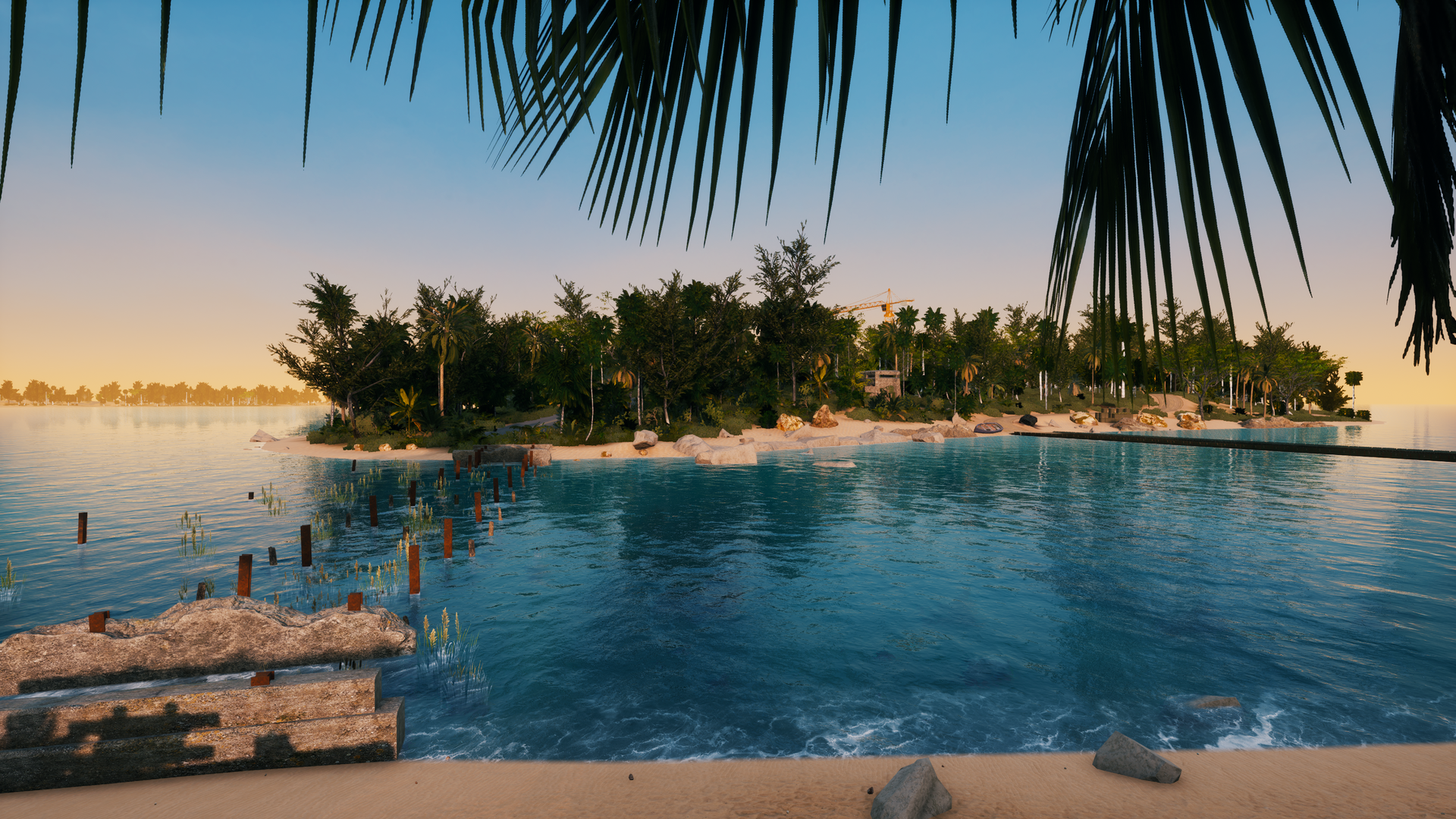 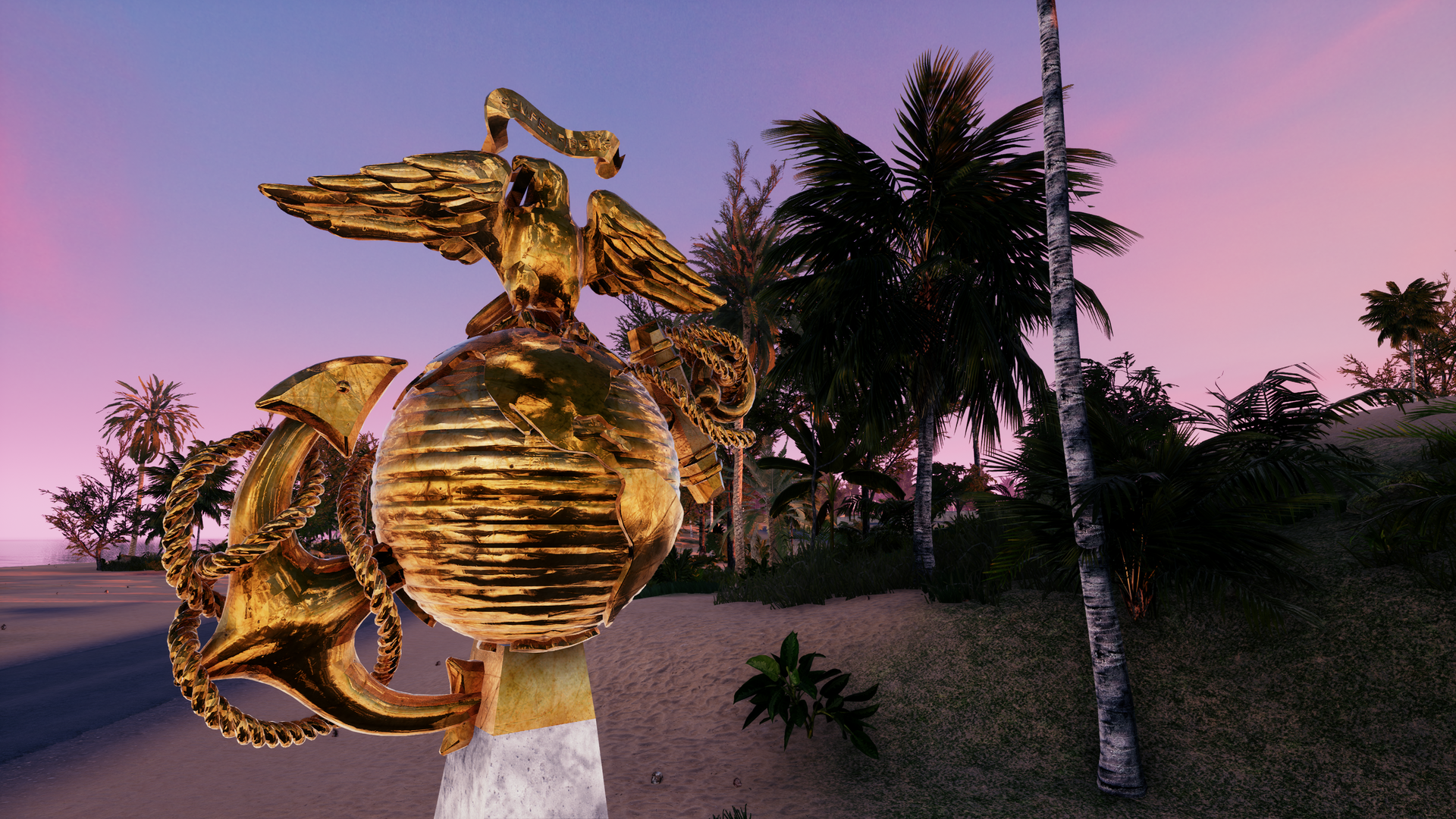 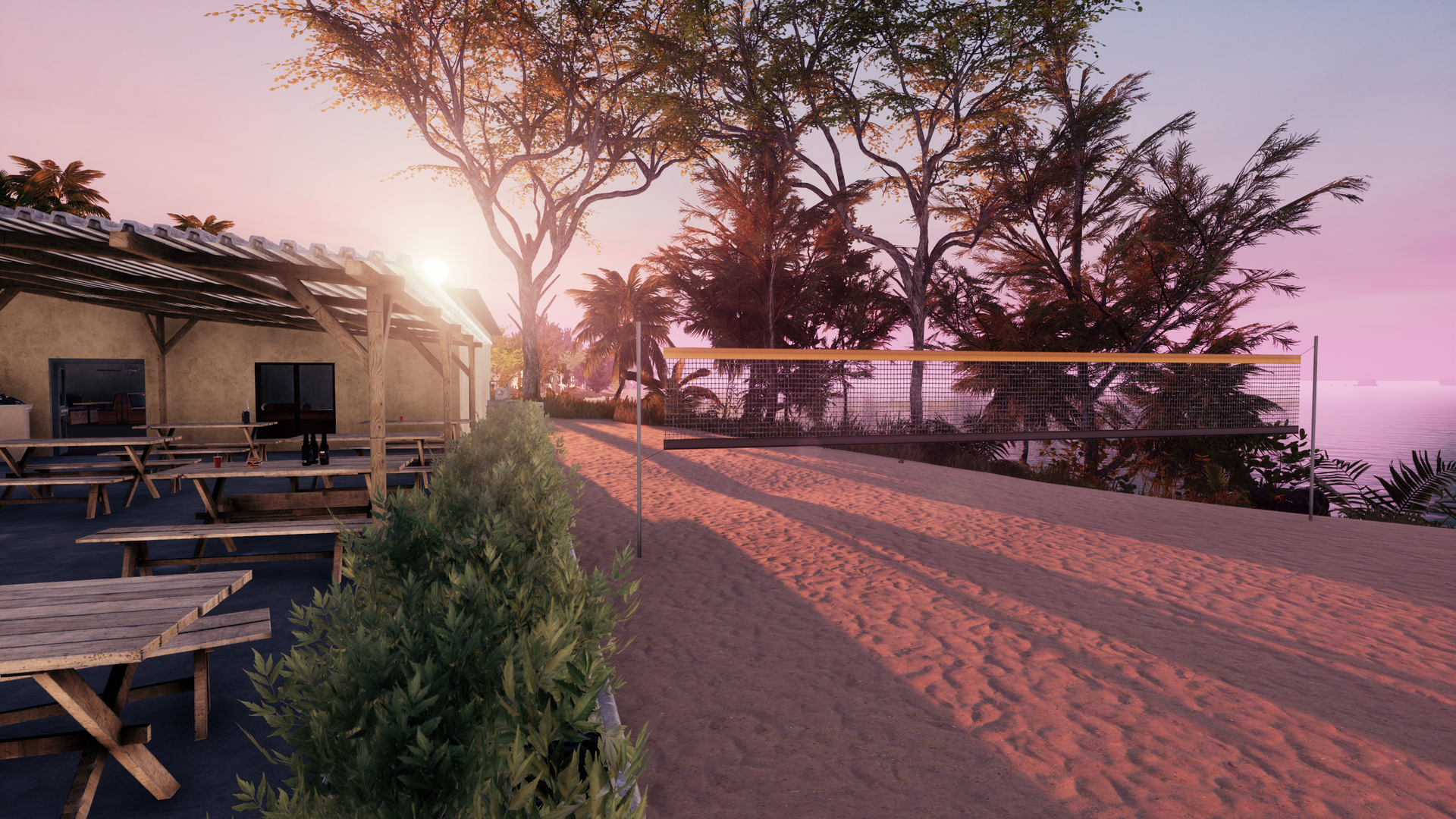 Squad Vietnam
Greetings from the Squad: Vietnam team! It’s been some time since we’ve shown our work in The Wrench. Boy, do we have a lot to show. Our team has been hard at work creating everything from grass to grenades and all under the ever-watching eye of our master optimizer Hoover. We set out to accurately recreate the Vietnam War theater and we aren’t going to disappoint.

Our US Army faction is taking shape equipped with so many iconic vehicles and weapons. US troops will take to the skies in Hueys with door gunners laying down a river of lead while on the ground their counterparts roll through the rice paddies and jungles of Vietnam in style in their M113 APCs. Supported by commander asset call-ins such as Cobra attack helicopter strafing runs and F4 phantom delivered napalm strikes the US faction packs a punch that will make the Vietcong wary.

Wary but not defeated, our Vietcong faction will wage a guerrilla war against the western invaders using all manner of equipment. It will be no surprise to learn that Chinese and Soviet-made small arms like the AK47 & Type 56 will be commonplace with even captured US weapons making their way into VC hands. Ever the formidable foe the Vietcong faction like their historical counterparts have adapted to the heavily armed US forces, using all manner of RPGs, explosives, and traps to level the playing field.

Lastly but by no means least a word from our flagship map creator Tuaam. Upcoming with Squad Vietnam is a 3.5x4km map designed around a mix of irregular close and long-ranged combat. Players will experience the marshy and dense lowlands of the Mekong Delta which can be aptly described as a scrutinizing game of cat-and-mouse. The new map, "Mekong Encounter" is a mix of rice paddies, rivers, and villages with landmarks like our riverside town, which has been marked by local skirmishes between US and NLF forces and lies in ruin. The U.S Army must defend its Military Base and airfield, which is under attack by VC mortar fire and irregular attacks. The Vietcong, on the other hand, must assault the Base and drive the US out, by first securing the Island Plantation and then capturing the stronghold town. Both fight to the bitter end in a game of hide-and-seek, where one has the upper hand of secrecy while the other has the policy of sheer destruction.

We hope to deliver the in-depth Vietnam war experience that so many Squad players crave, all while running silky smooth thanks to our focus on quality and optimization. Make sure to join our discord for weekly teasers and updates as well as checking out our Instagram page for background on some of our assets. - Giddy 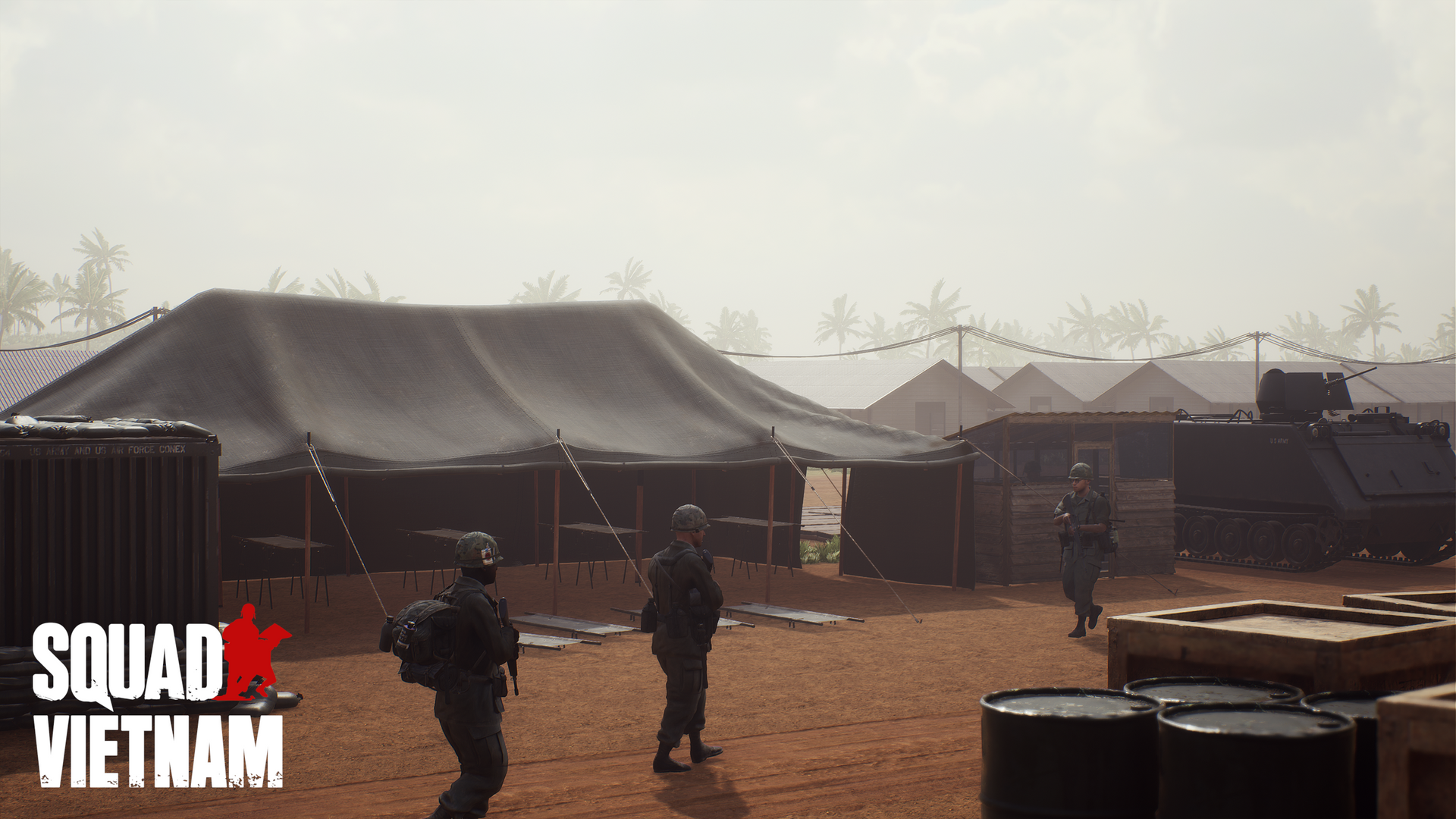 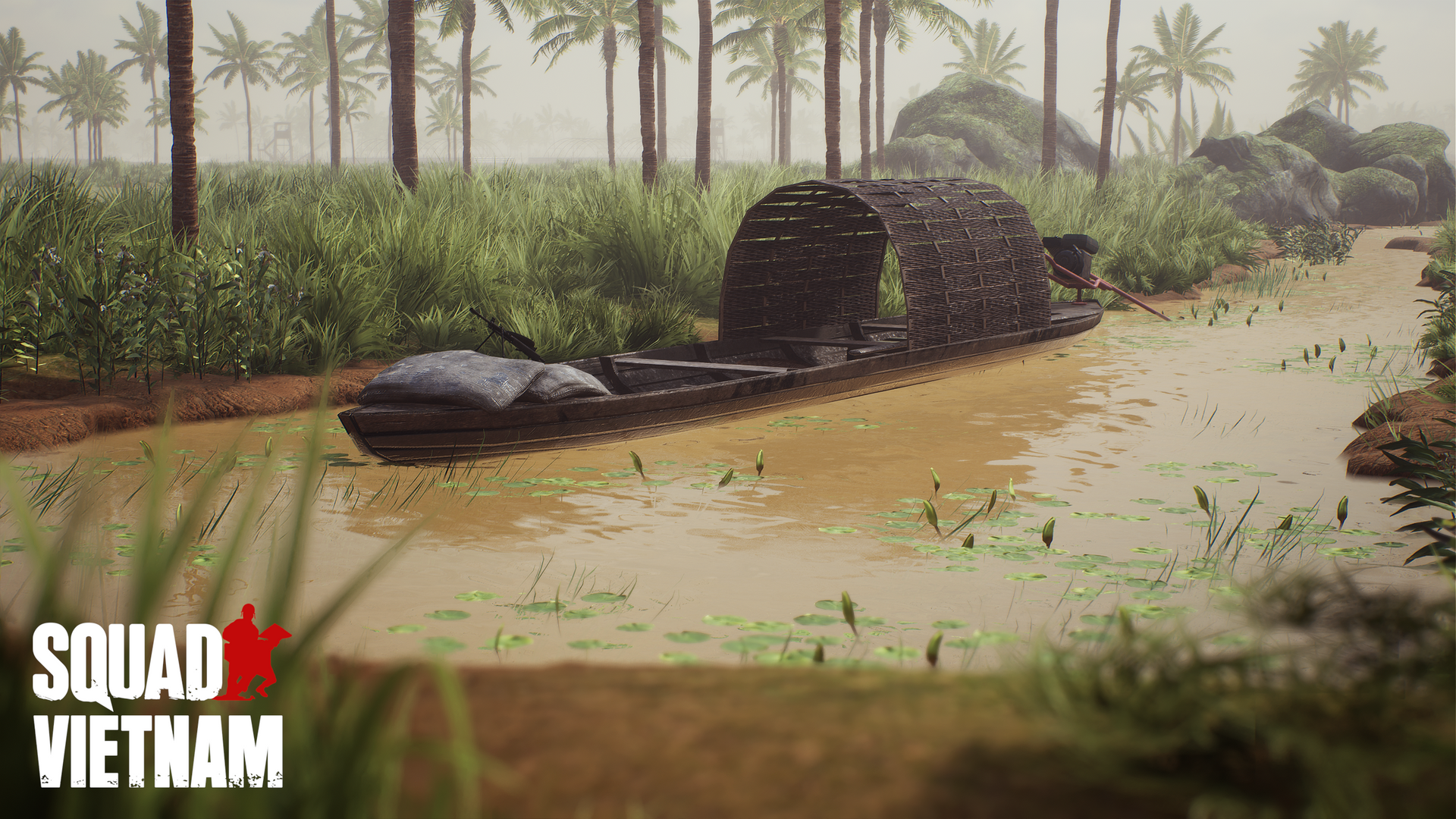 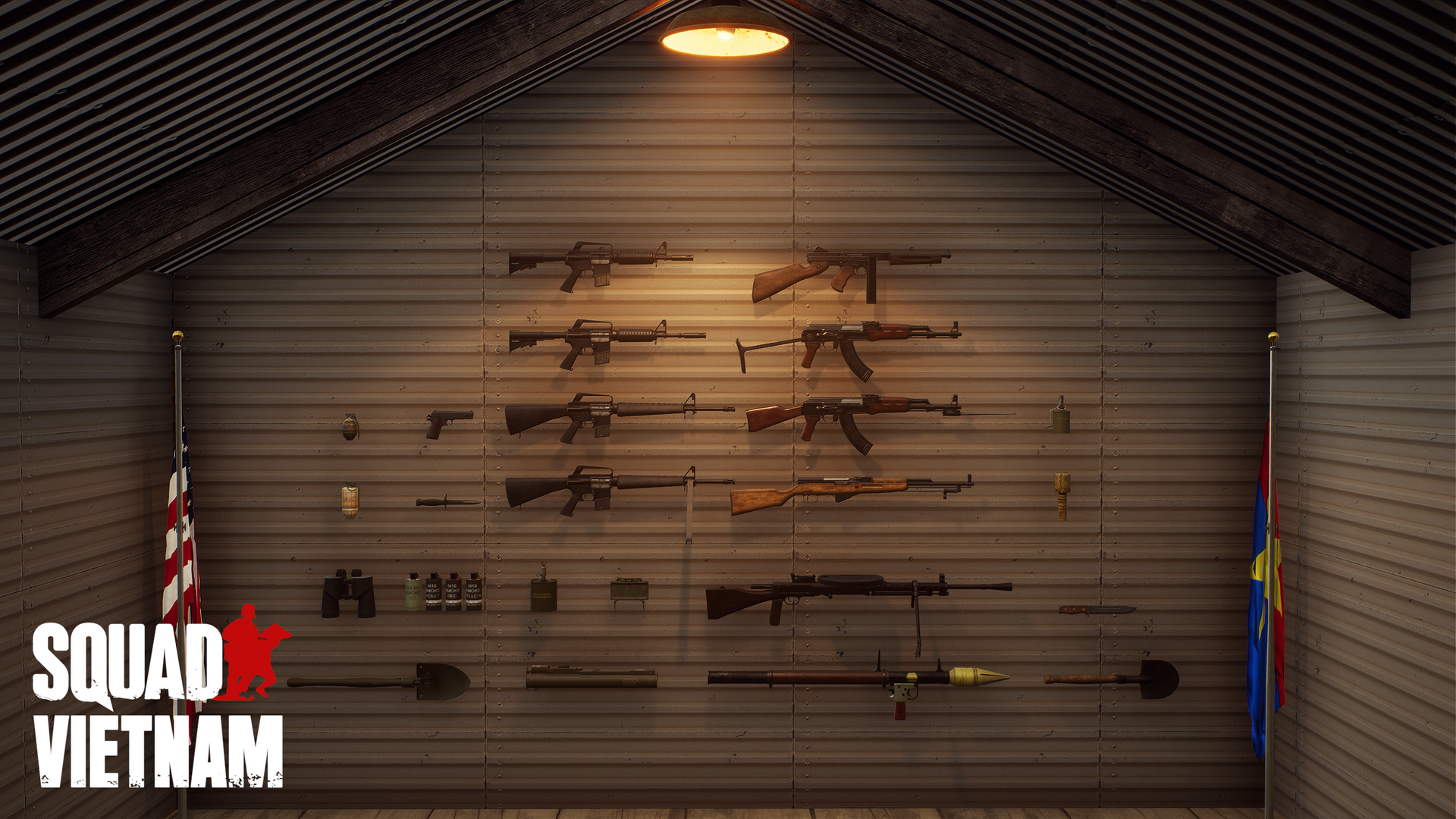 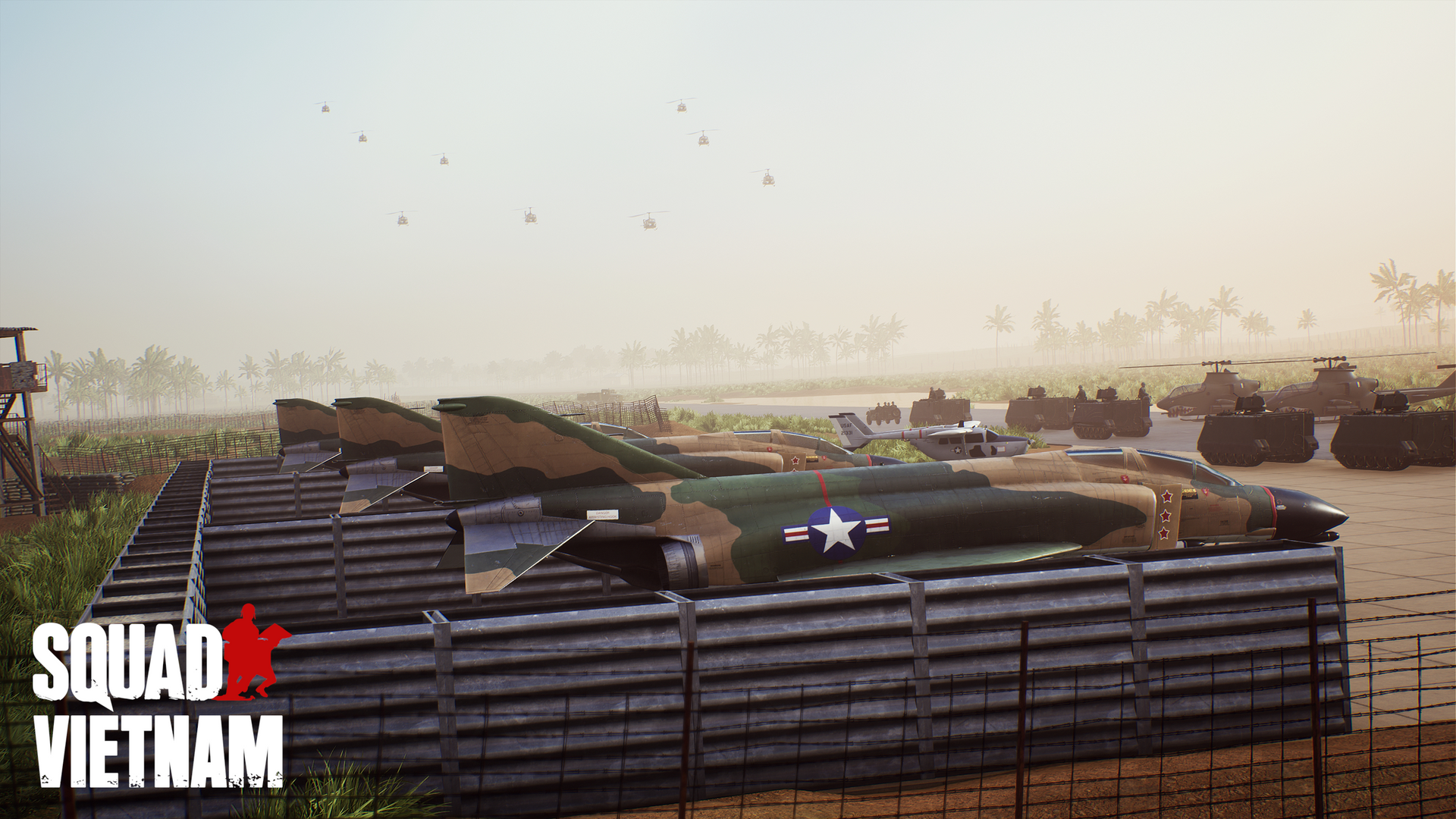 Plymouth
Plymouth is a fictional US-based map centered around an island suburbia. With Russian ground forces advancing through the hilly mainland to the flatter coast, and then to the main island, it should provide a map with a heavy focus on strong defensible positions it will allow for a truly unique experience in Squad. 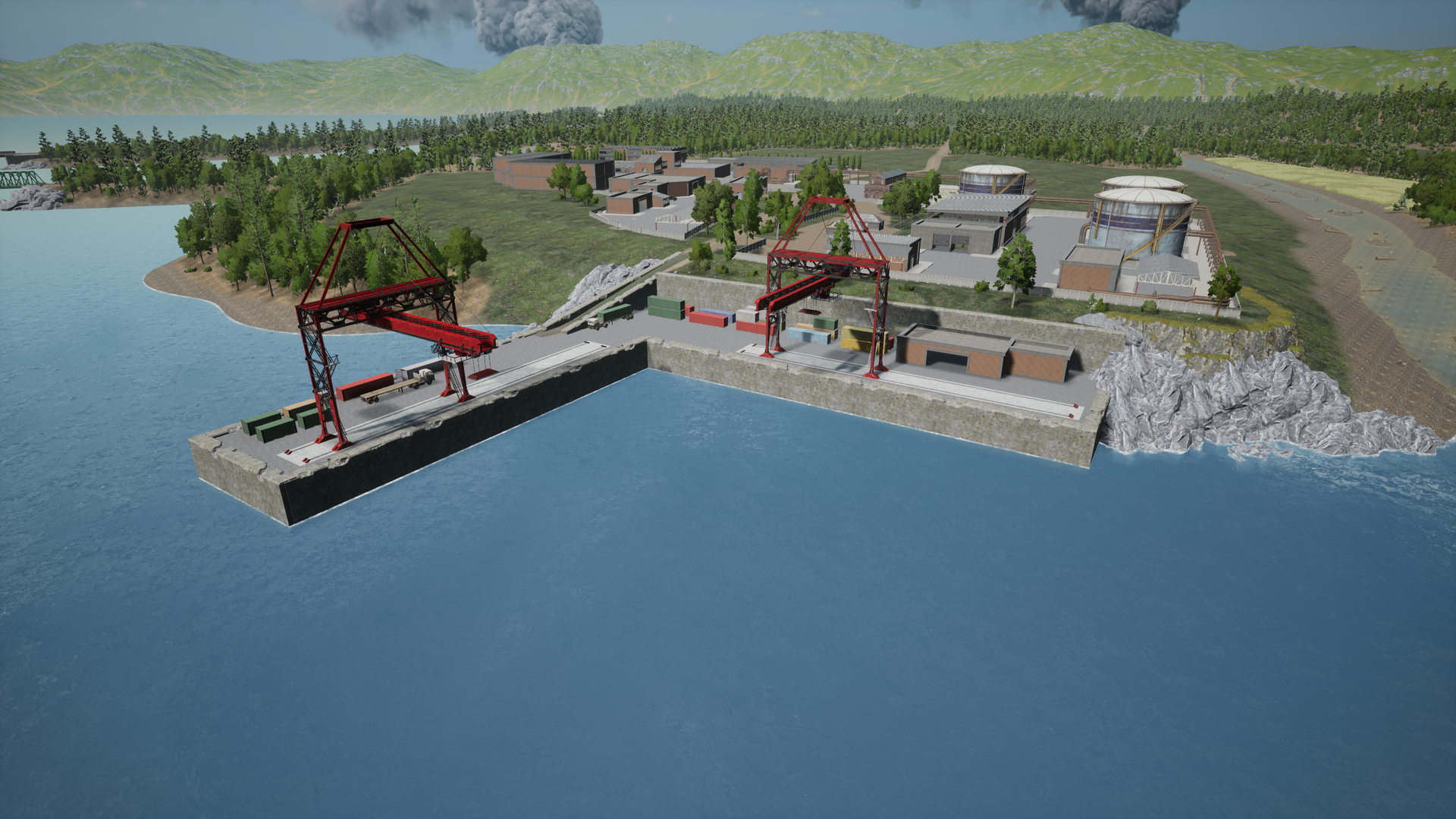 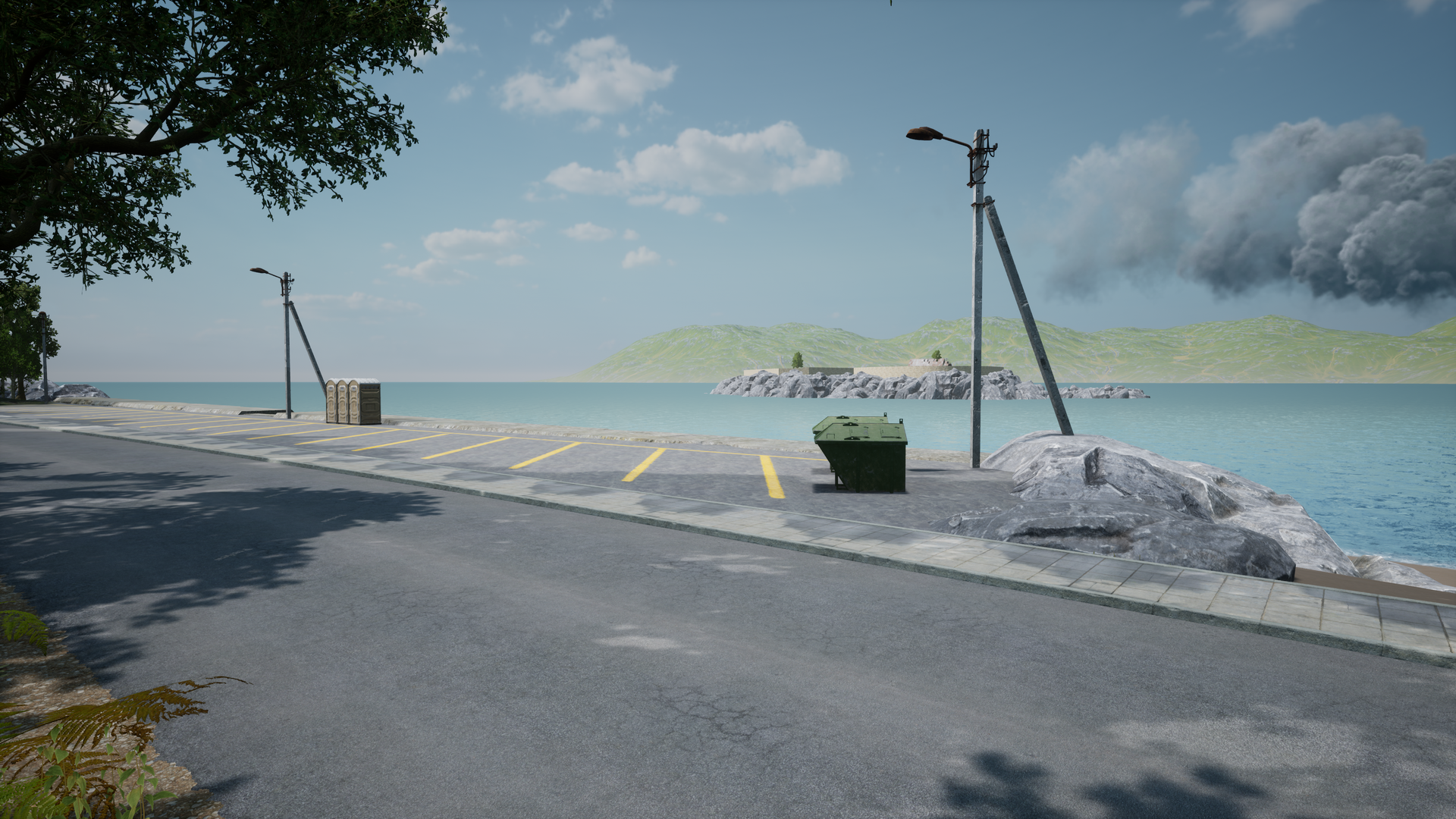 Click here for the source of this article RSS Feed