Krispy here with another selection of treats for you all from the modding community before the end of the year. We received a fantastic amount of entries over the last month so be sure to head to the workshop pages or Discords of those you are most interested in and provide your feedback to the great teams behind these creations.

Before we begin, we also have open playtesting of V 2.0 currently occurring on our Squad - Public Testing app. If you want to get hands-on with some of the latest changes coming to V 2.0 before it’s released, check out the information[joinsquad.com] on how to obtain the build and report issues.

With that said, let’s get on with The Wrench!

Gradac is set in eastern Europe, aiming to have a mix of Urban, Rural, and Forest combat, keeping games fresh. I've reworked the foliage system and have generally been polishing the Eastern part of the map. I'm now moving onto the western region, which is more open, aiming for vehicle combat.

Always good to see these updates; keep up the great work. 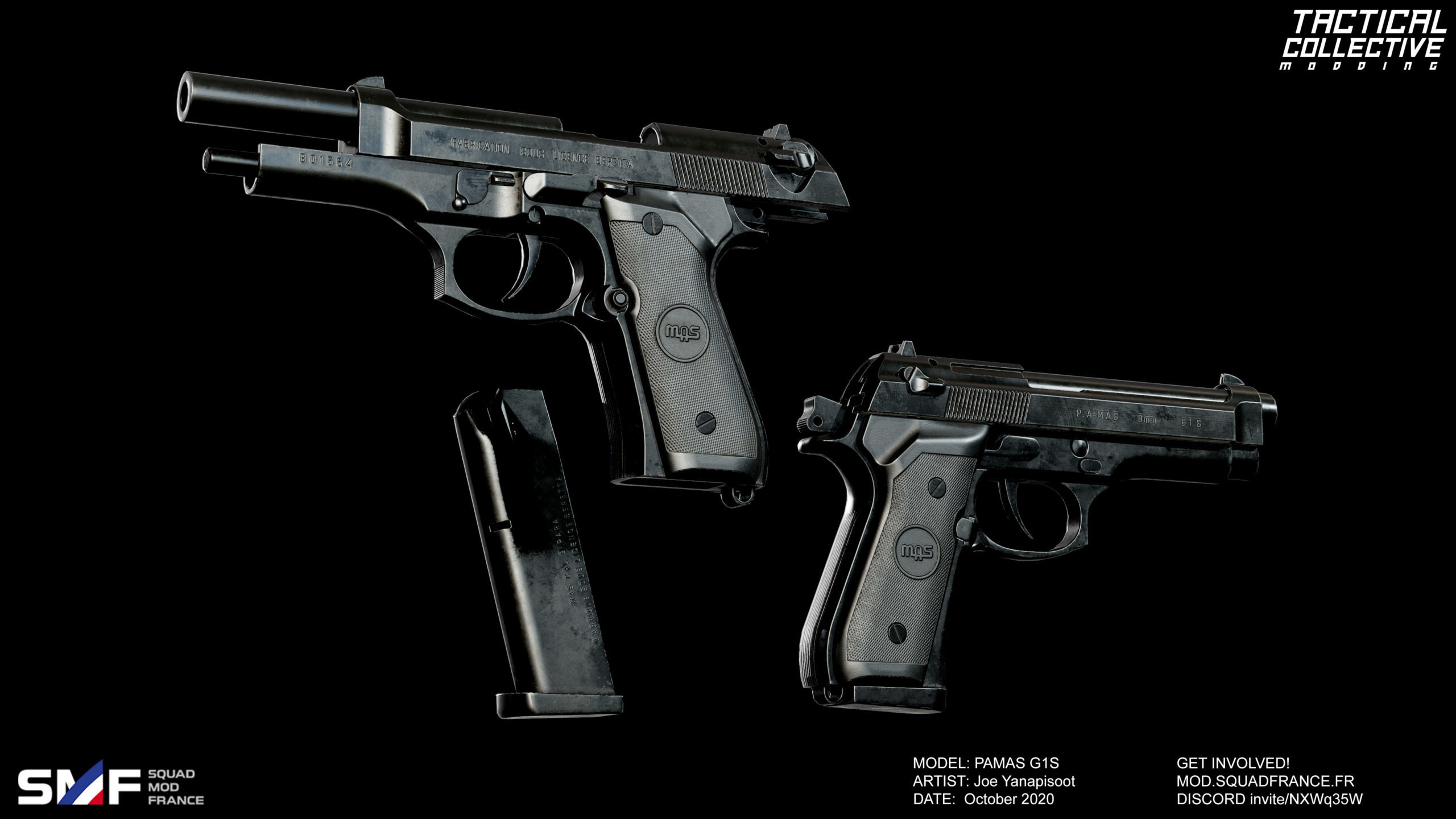 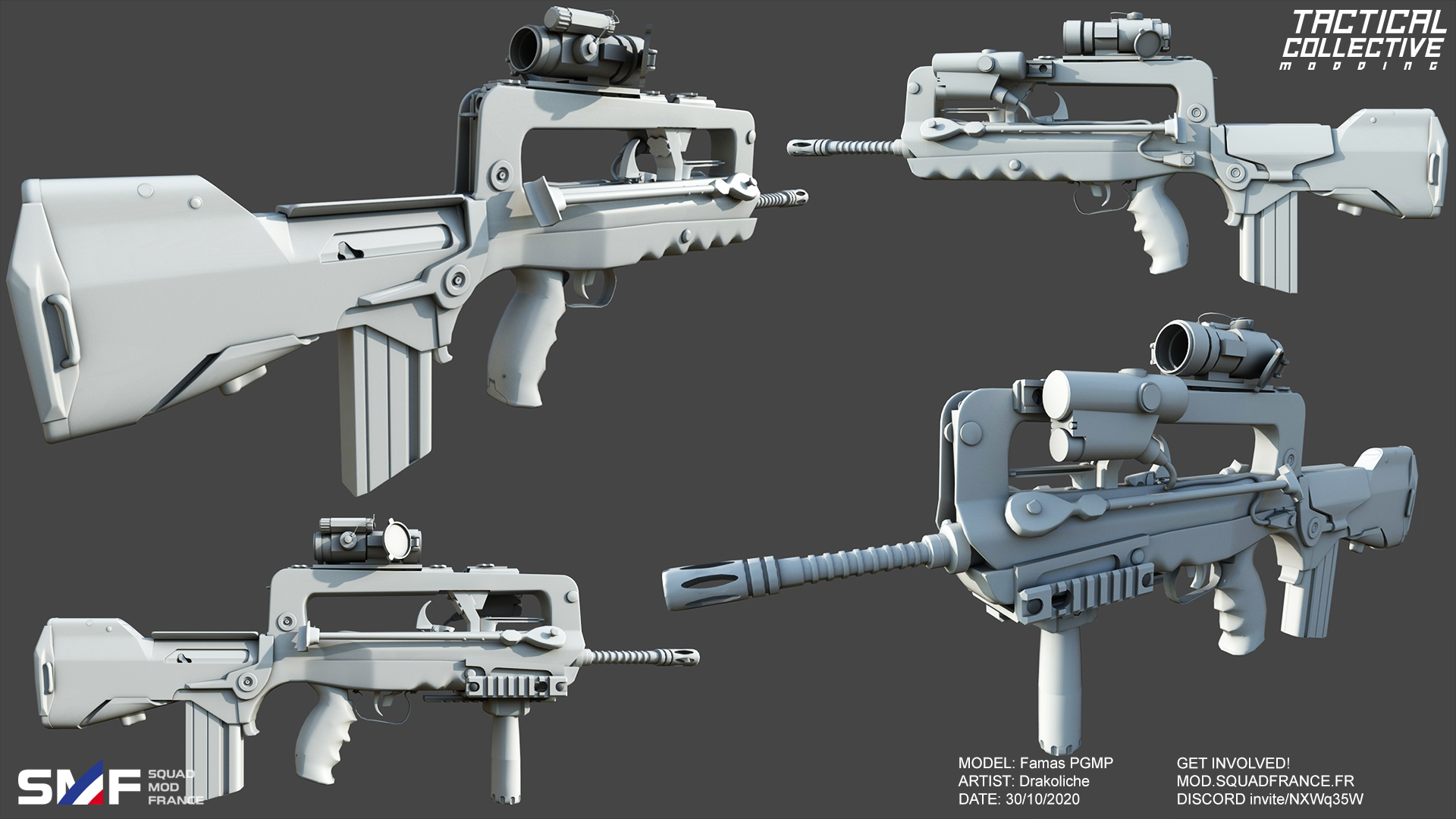 A gameplay and faction mod.

This mod adds new factions, weapons, optics, and custom character models for each faction. Currently working on a significant update to the mod, which is currently on the workshop, will address the bugs that have come up during playtesting and add new content. Thanks to some awesome server owners we should hopefully have servers available for playtesting. Playtest events and updates will be posted on the MEE discord.[discord.gg] 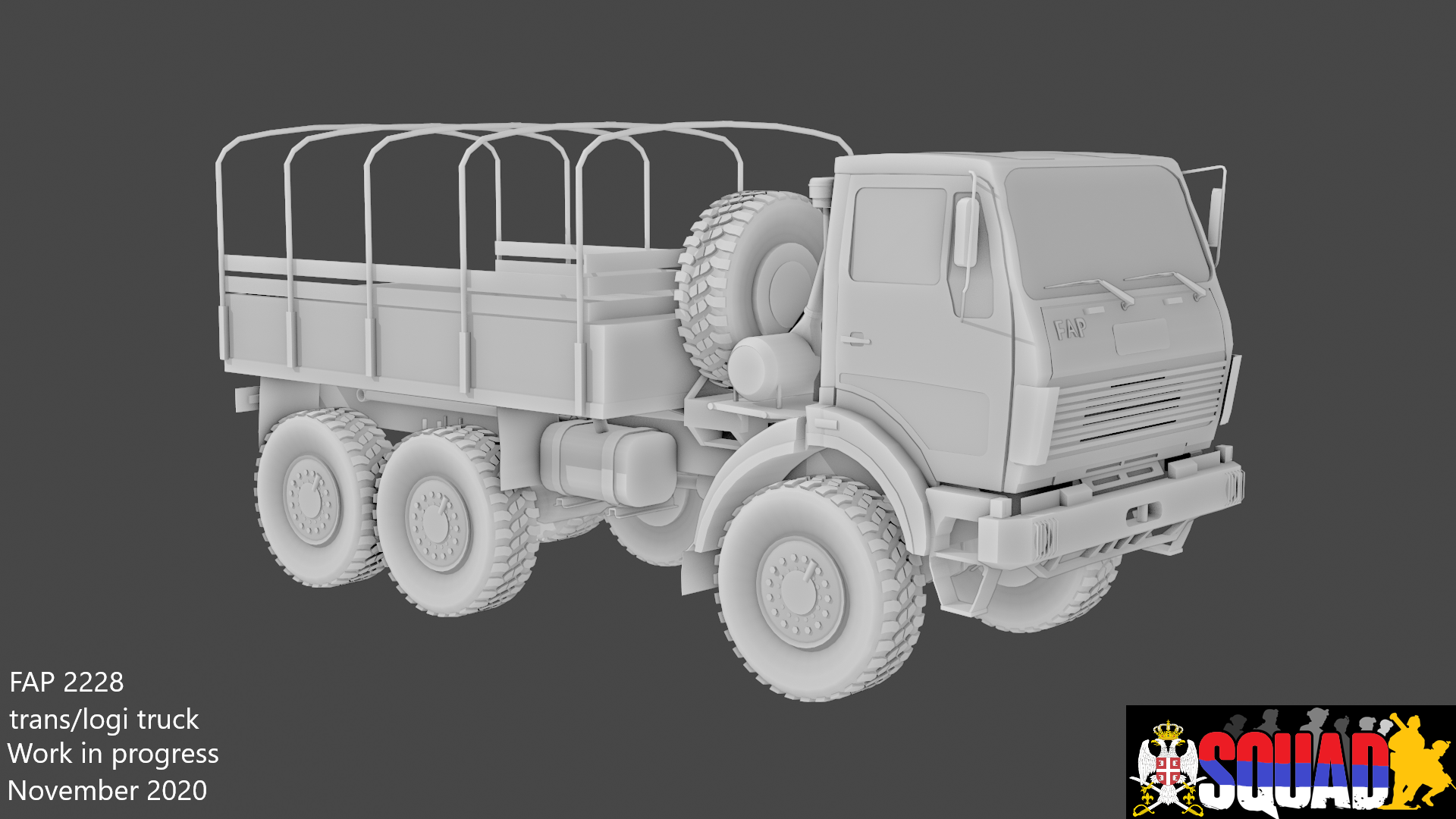 The Serbian Armed Forces mod brings to Squad the Serbian army, a somewhat Yugoslavian equipped militia, and one new map located in Serbia. We will provide the Serbian army with the most modern arms and vehicles produced or modified in Serbia’s capacity. 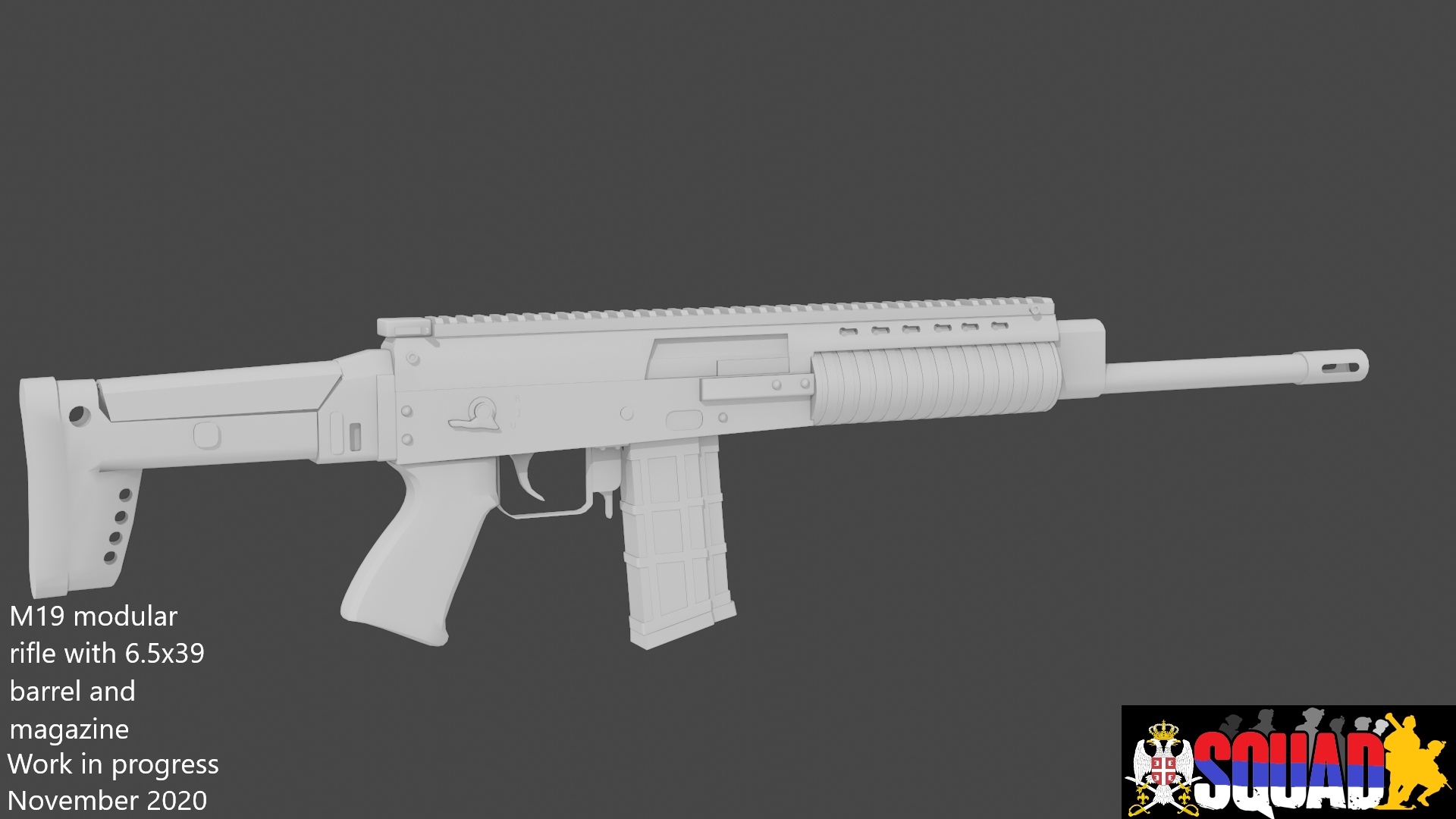 Featured in this presentation is the fap 2228 truck that will be the primary trans/logi vehicle. We have the MB M69 82mm mortar and the most modern addition to the SAF, the M19 modular rifle, which is designed for 6.5 and 7.62x39. 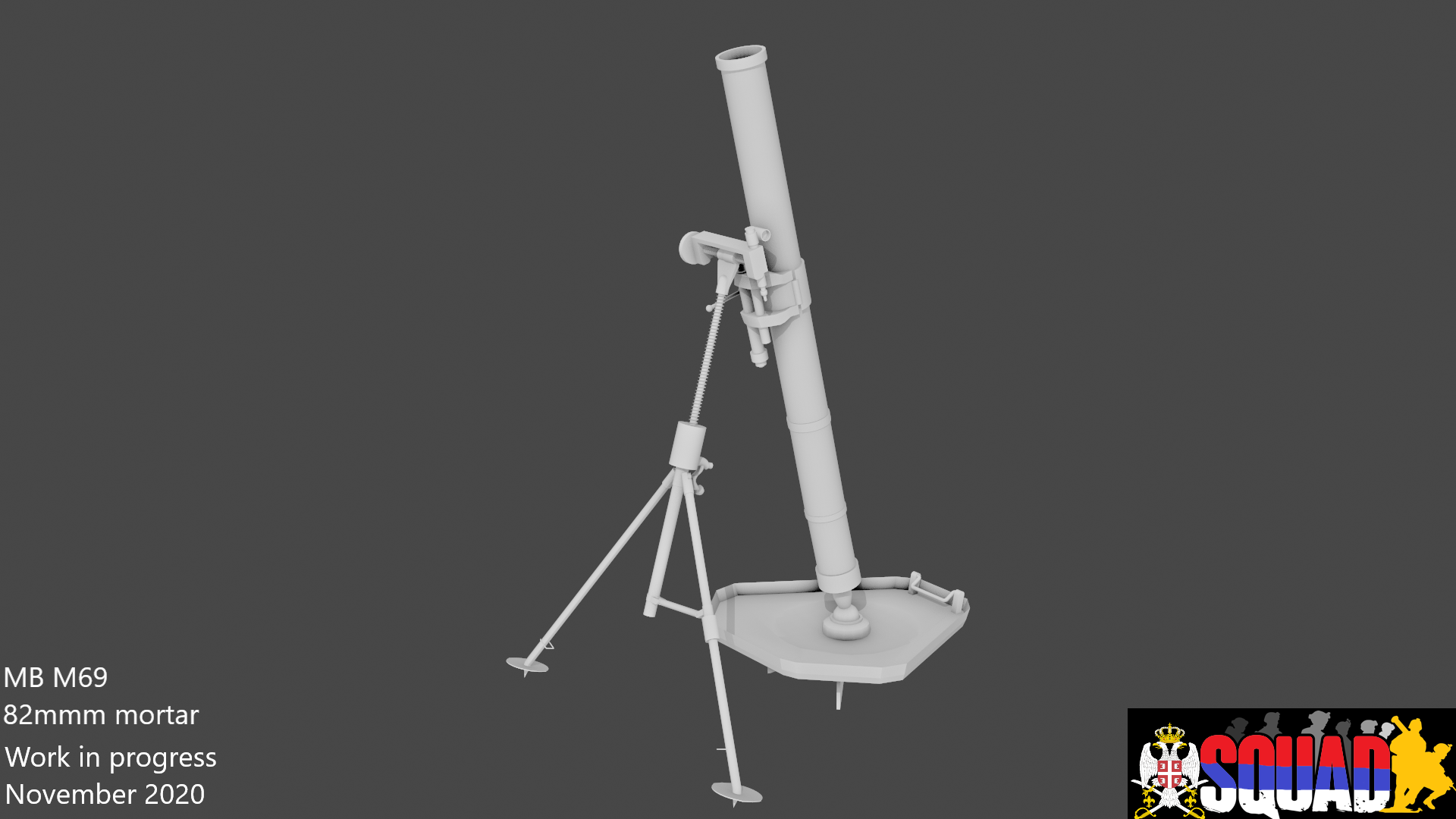 This map is a recreation of the island of Agios Efstratios, Greece scale just about the same size as the Stratis Island known from the ARMA series. Most of the island is based on the kind of landscape setup as Stratis but aims to be more friendly for Squad.

Island is about 6-9 KM2 of landmass and will have most game modes focused on combined arms (infantry, land vehicle, and helicopter support. Since this Island has many different area's it can be reused and create some more mini areas for different types of game modes. Also, the battle royal mod game mode could also be implemented for this as well.

Version 1 of this map can be subscribed to on the Steam workshop.

See you on the field! 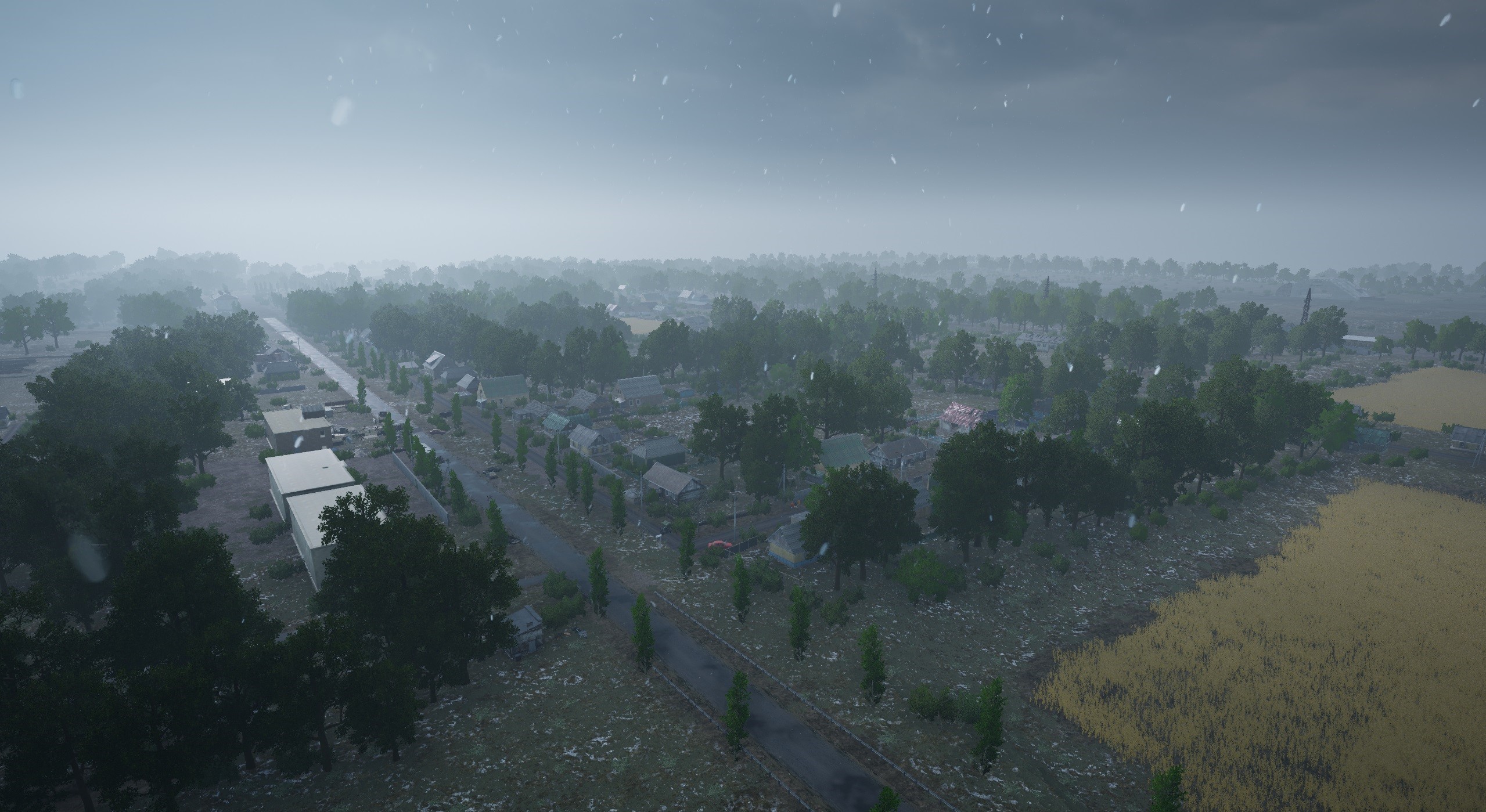 Yuzovka is a fictional 4km sub-urban town located in eastern Ukraine that features dense residential areas surrounded by farmland and a military airbase south of the village. The map takes inspiration from the Russo-Ukraine conflict and areas of Donetsk. 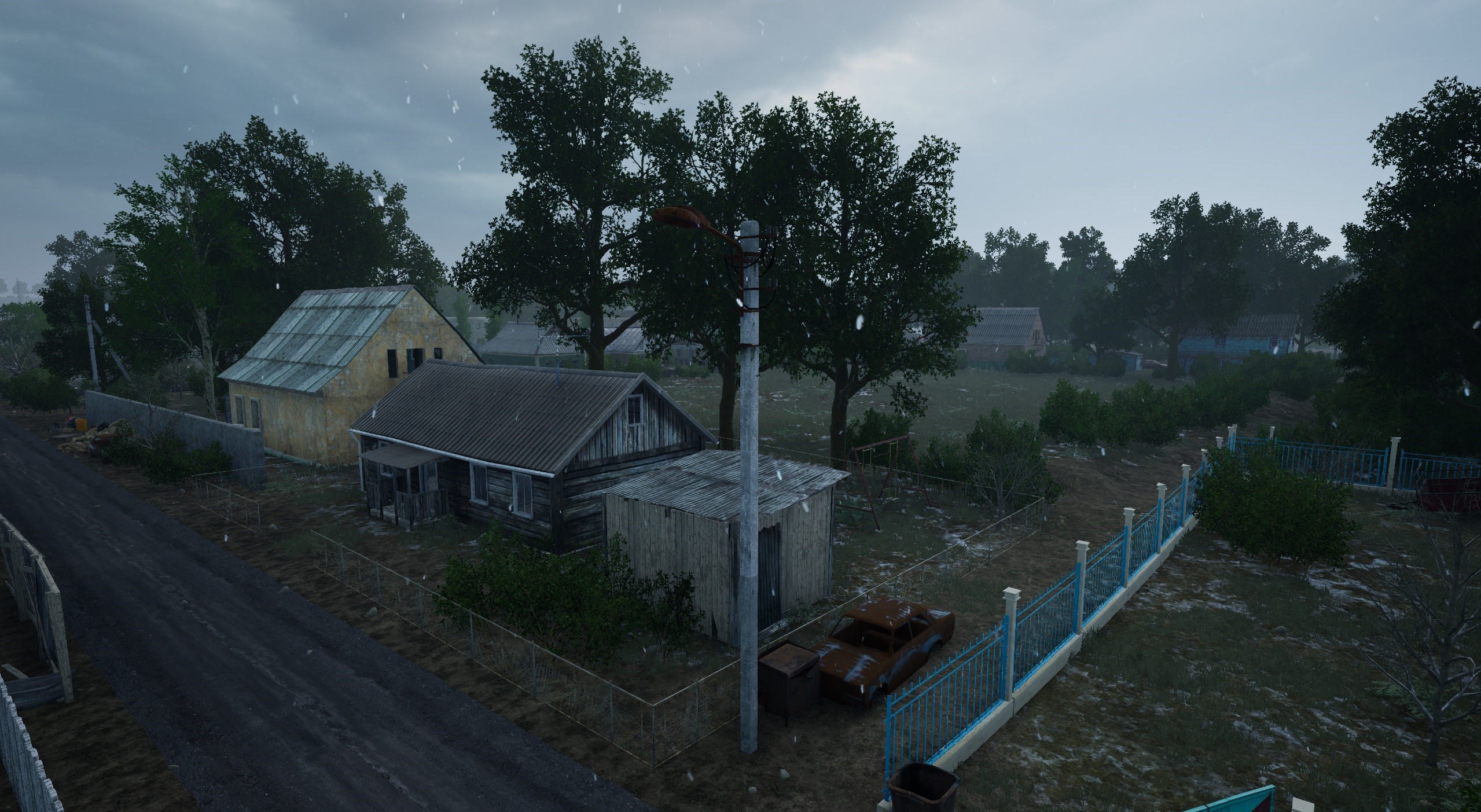 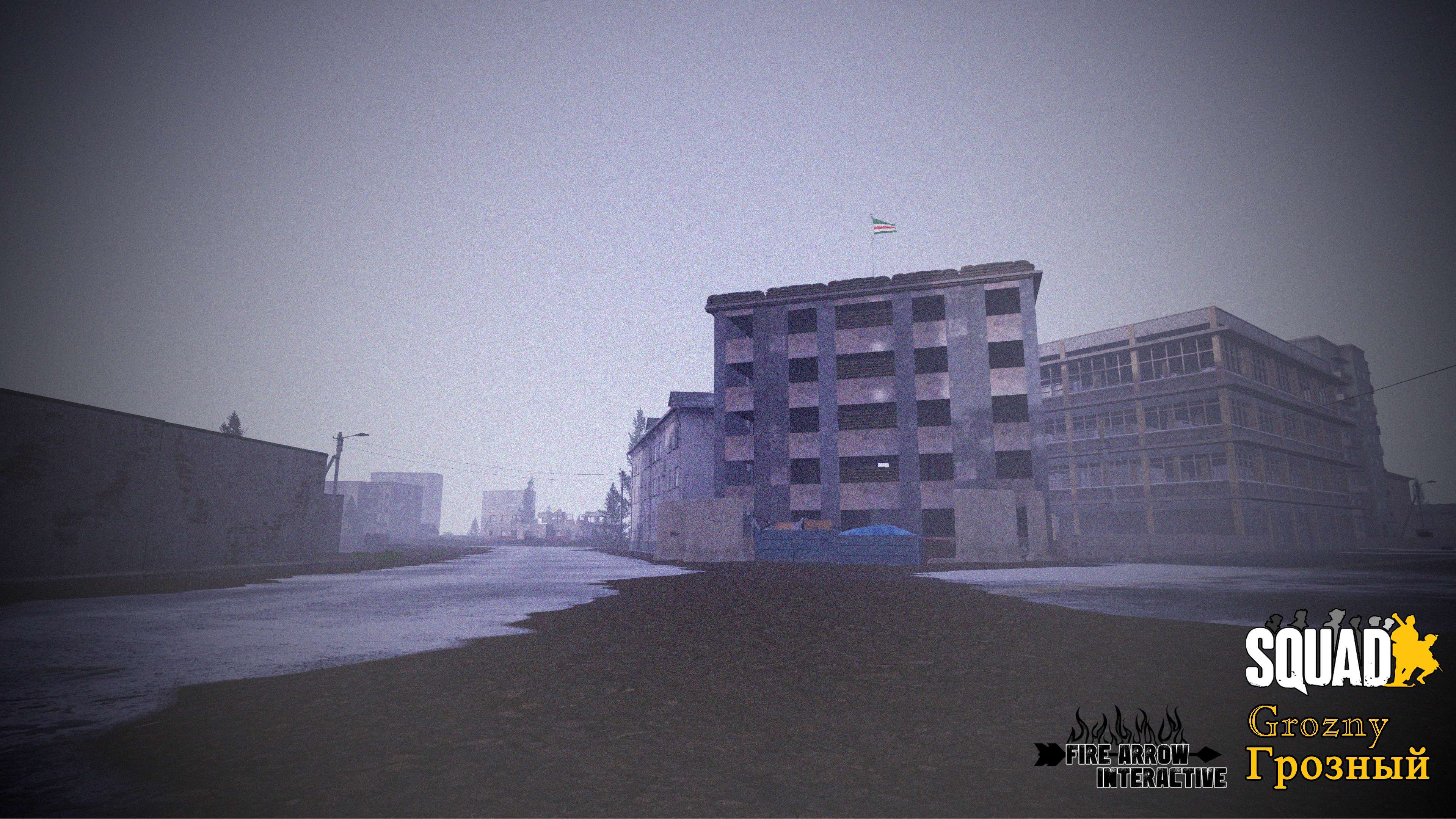 After six months of work, we've shown two new mods, Combined Forces and a PR classic city battle map - Grozny. In the Combined Forces, you can play now (in test):

-With radar fire control, the M6 Linebacker AA vehicle, Tunguska AA vehicles use radar to track and lock the target so that your anti-aircraft missiles and machine guns are more comfortable to capture your prey

-AH64D Attack helicopter, with a radar system, can scan a certain range of threats. At the same time, it carries 38 Hydra rockets, eight hellfire missiles, and 60 flares. We have also remarkably restored the real instrument, and we can check the amount of ammunition through the instrument. We’ve also added the new system - auto-hover, which can help the gunner to operate their role more efficiently.

-FIM-92 anti-aircraft missiles and anti-aircraft infantry can track air targets in their range and let them away, protecting their teammates from enemy helicopters.

-Main battle tank thermal system and real explosive reaction armor can be more survivable in the face of armed helicopters. At the same time, the commander and gunner are more likely to detect the infantry lurking nearby. In the future, we will also add coaxial machine guns to main battle tanks, which can launch protection tanks without switching weapons.

-For the joint guidance system, the telescopes of team leaders and special shooters have been upgraded to laser-guided telescopes. When ground infantry lock-in enemy vehicles, ah64d Gunners only need to shoot Hellfire missiles, and the guidance work is completed by ground infantry.

-In the future, we will add mi28 for the Russian army and ah64a for the US Army. This is an attack helicopter with an air defense function. We will also increase air defense fortification so that we can protect the surrounding environment even if there is no air defense infantry.

In Grozny’s classic city battle map, we try our best to restore the original building and use the ground made of high quality. In the latest version of this map, the Russian army and Chechnya fight fiercely in Grozny’s rainy city. Simultaneously, we also add some small functions, such as the destruction of prefabricated scenes, the vehicle can move in the water, and the trees can be knocked down by the vehicle. In this map, there are battles in forests and plains. In the center of the map, there is a river surrounded by Grozny. Initially, this map has been completed, but due to the crash of UE4, our terrain file has become unreadable, which can only let us recreate the ground and terrain.

If you’d like to provide feedback, be sure to join our Discord here[discord.gg] 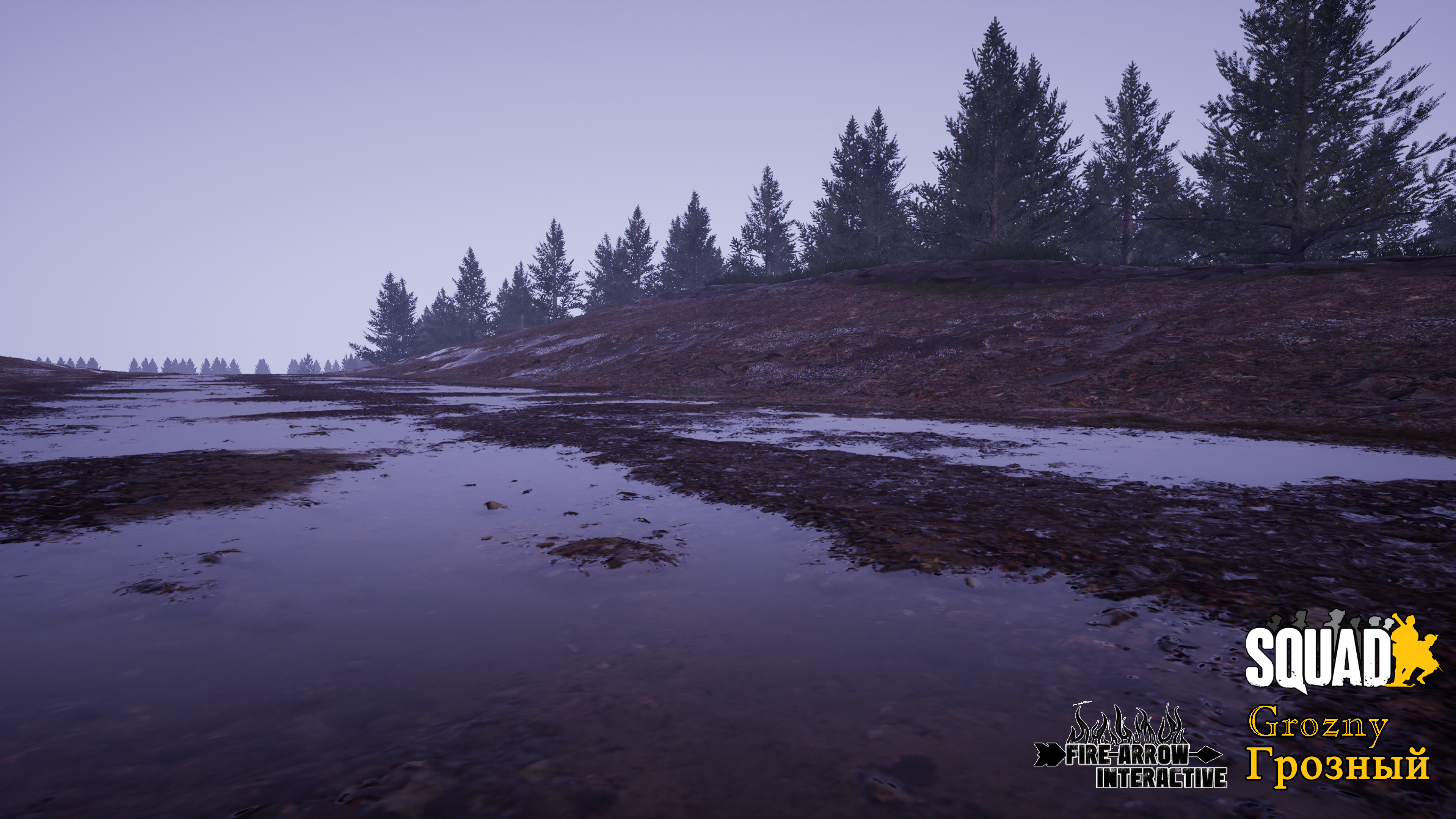 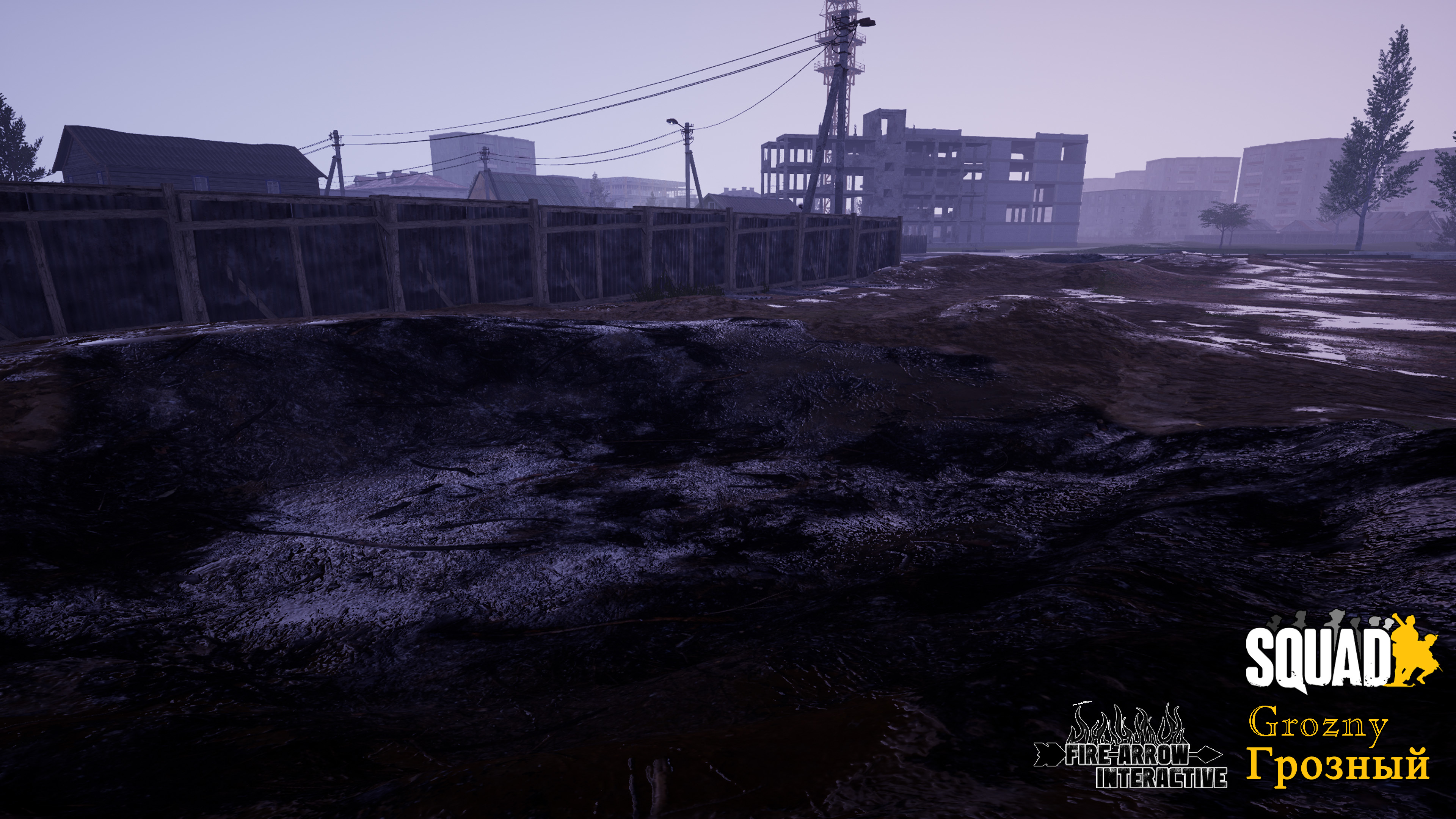 Fantastic offerings and updates from the modding community, as always. There should be something that has likely caught your eye from this post, or perhaps you are an aspiring modder and future designer? If so, you can head over to the Modding Community Discord[discord.gg] here or even pick up the Modding SDK on the Epic Games Store.[www.epicgames.com]

Be sure to let the creators of these mods know your feedback in their provided channels, and if you’re interested in the V 2.0 playtests, keep up to date with information here.[joinsquad.com]

Happy Holidays!
Click here for the source of this article RSS Feed