Welcome to the October edition of The Wrench, if you are just joining us since we launched Squad then you should know that The Wrench is a highlight of just some of the amazing work that modders are creating using the Squad SDK.[www.epicgames.com]

If perhaps you’re interested in getting involved with modding within Squad, you may want to join the Squad Modding Discord[discord.gg], and if you are already working on a new mod and want the community to learn more about it, consider submitting it through this form[www.wrike.com] so we can showcase it in a future Wrench article.

Without further ado, let’s get into showcasing these fantastic modifications: 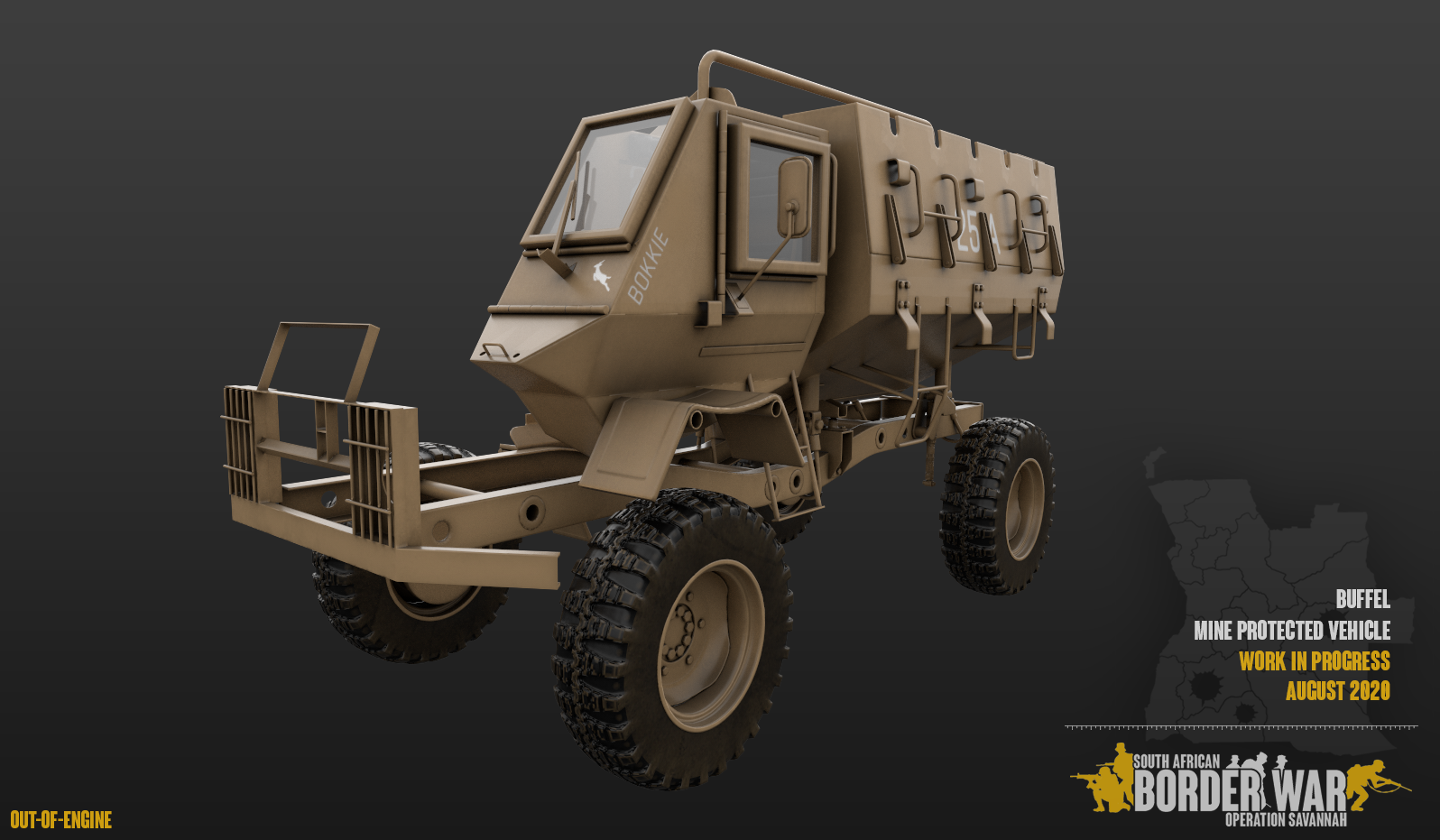 Some more progress on Springbok's Buffel for the South African Border War: Operation Savannah mod. This asset will also be re-used for the African Union faction mod being developed simultaneously by Springbok as many assets between the two are interchangeable.

The South African Defence Force Buffel entered service in the SADF in 1978 as a countermeasure to SWAPO's mine warfare. This was one of the first effective mine-protected vehicles to enter the service of the South African Army during the Border War. It can fit 11 troops inside including the driver. 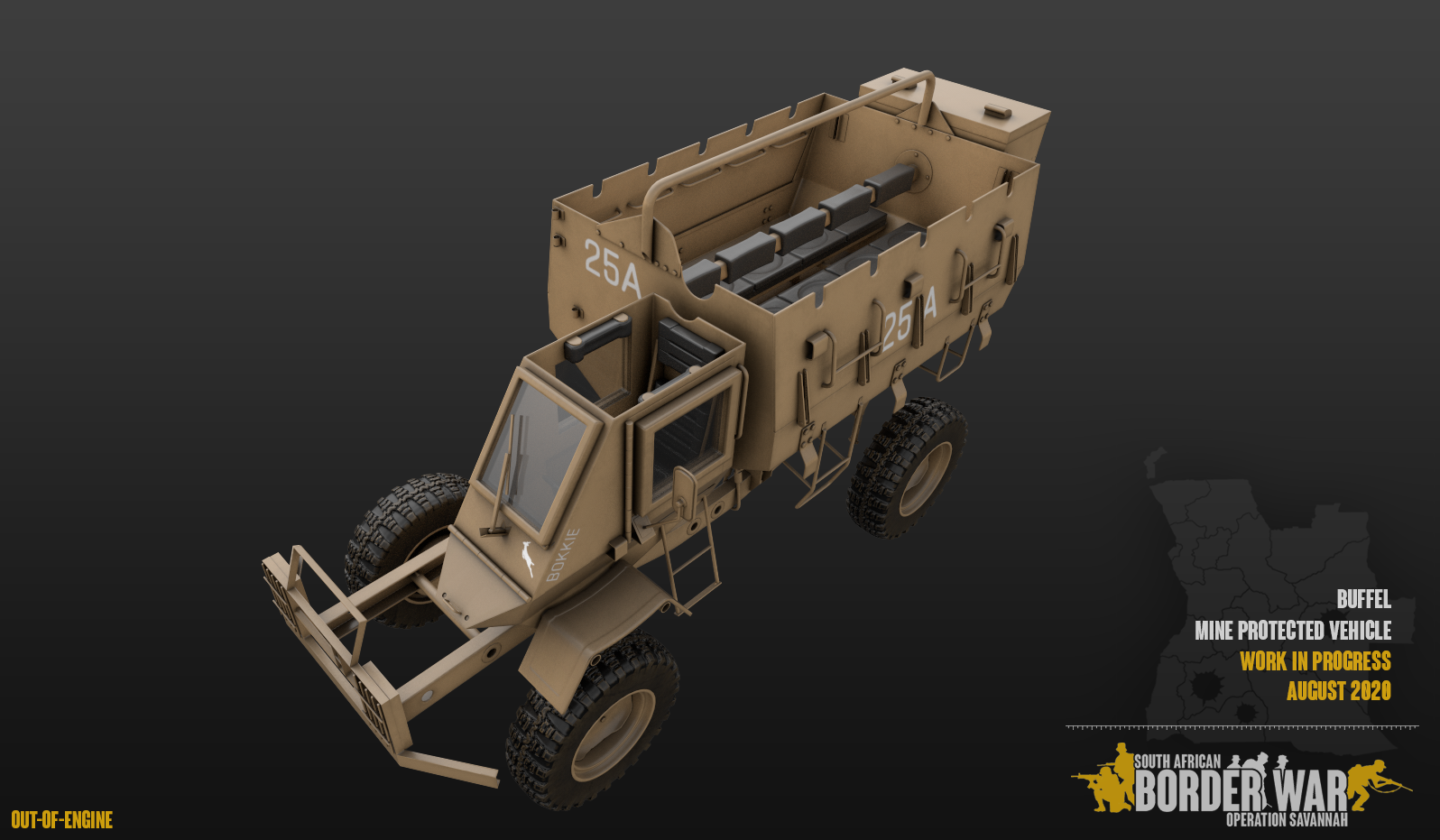 The Buffel was often armed with a single M1919 pintle-mounted machinegun or an FN MAG facing forwards. There was also the option to have a second machinegun mounted facing the rear. The African Union Buffel will be painted white with AU inscribed in black on the sides and rear. It will also have a DSHK mounted instead of an M1919. The South African National Defence Force (SANDF) the post-Apartheid SA Army will not have the Buffel as it was phased out in the early 90's to be replaced with the Mamba mine-protected vehicle which is a vast improvement over the Buffel. 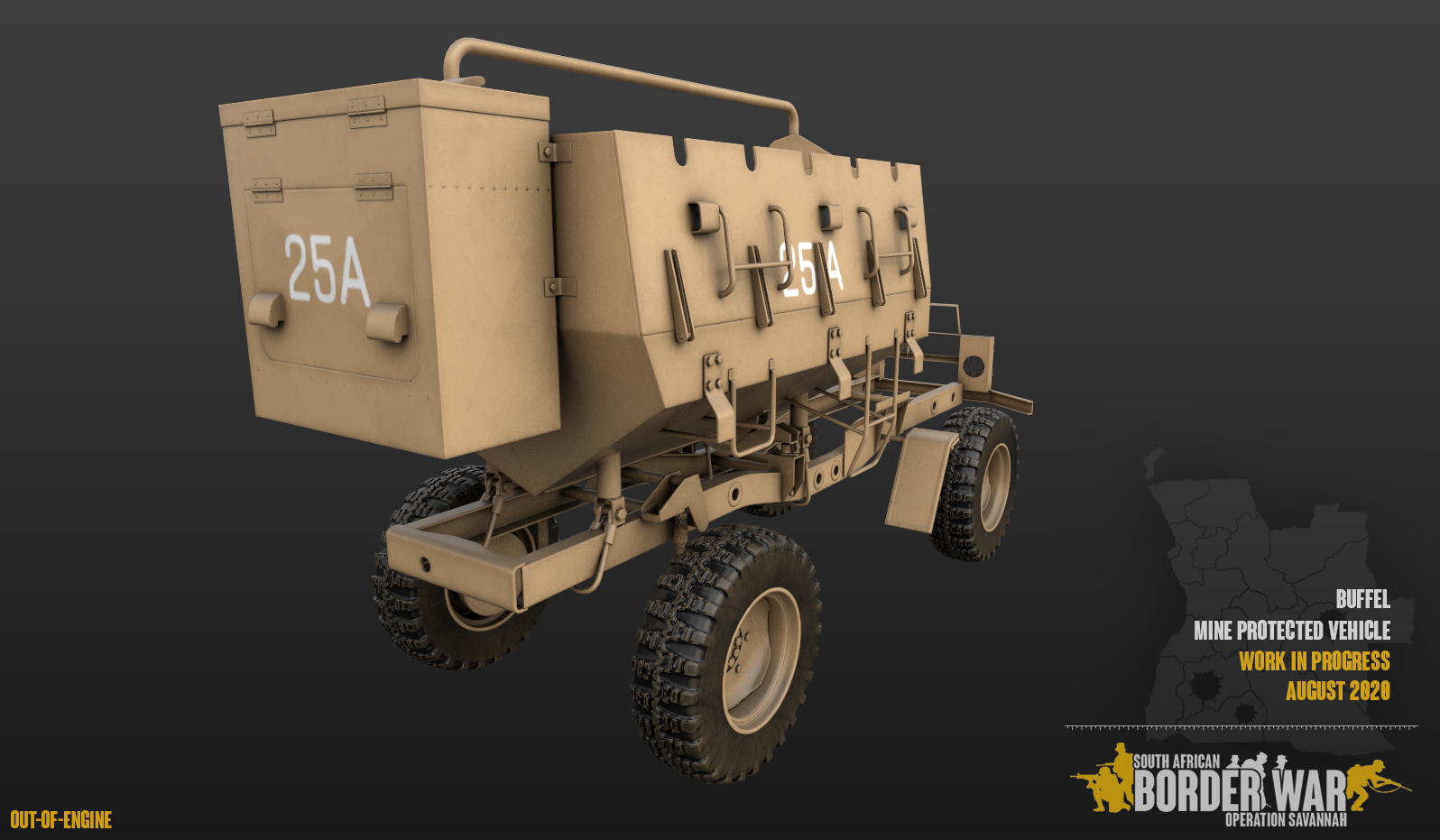 The low poly textured Buffel model is missing the OM352 Mercedes engine, spare tire, and more. The high polygon model has them included but I have not yet made the low polygon versions of them in time to be included in this Wrench.

TheColdEye - Topographical/Contour Maps are Here!
Do you want to place the perfect TOW fob on a mountain peak in Kohat Toi, and rain hell across the map, but you can't find a peak on the map? Or perhaps you want to place a sneaky radio & HAB in a small ditch near the objective but don’t know where to drive to?

If this sounds like you, then these detailed contour maps will solve your planning problems instantly.

These contour maps provide elevation data in an easily readable format. Each map contains contour lines (aka: elevation lines) that show the height differences of the map in 1-meter increments. The dark brown lines have the elevation readings of the line inside them; while, the lighter lines depict the 1-meter increments between the dark-colored lines. For easier and faster designation, the elevations are color-coded as well. And if you zoom in quite a lot, you will also notice that the terrain is shaded, so that you may easily see the small peaks and dips of every sand dune on Al Basrah. But the shaded terrain also allows you to quickly identify the steep mountainsides of Lashkar Valley.

For an added tip, the elevation readings on the dark contour lines, point their "hats" in the direction of the increasing slope. Download the maps with the links below. They are .png format so you’ll be able to open them up in any photo viewing software.
Psssst, the images take a few seconds to clear up when zoomed in so make sure you have them open and ready in the background before the start of the match. Happy planning! 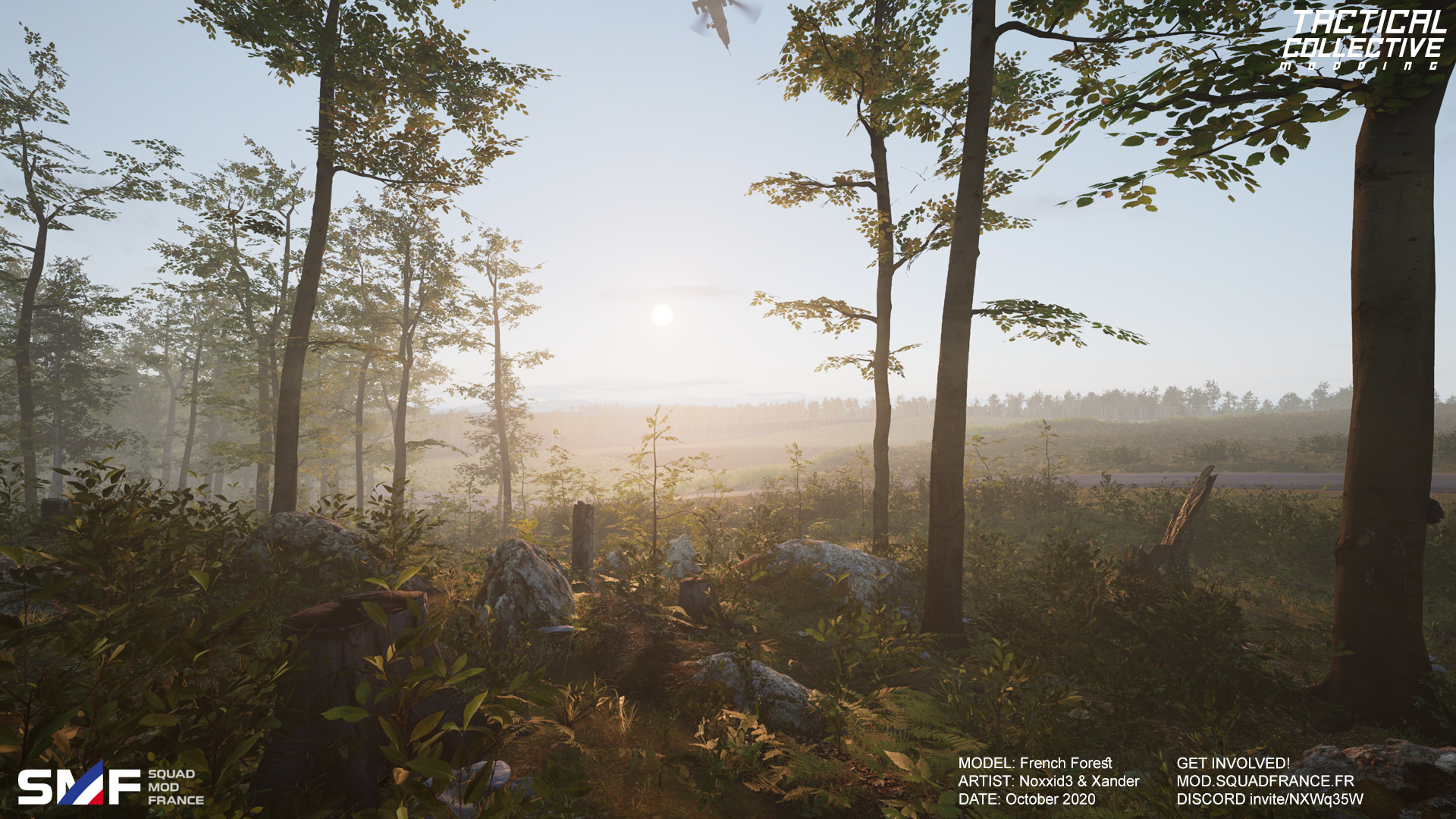 For those who haven’t seen it, here are two videos on the French Foreign Legion Mod made by Typex on the French side & MoiDawg for the English side of it.
We speak about the current state of the mod and what we plan in the future.

Our level design team is currently focusing on the French map’s flora as well as the urban areas as you can see. 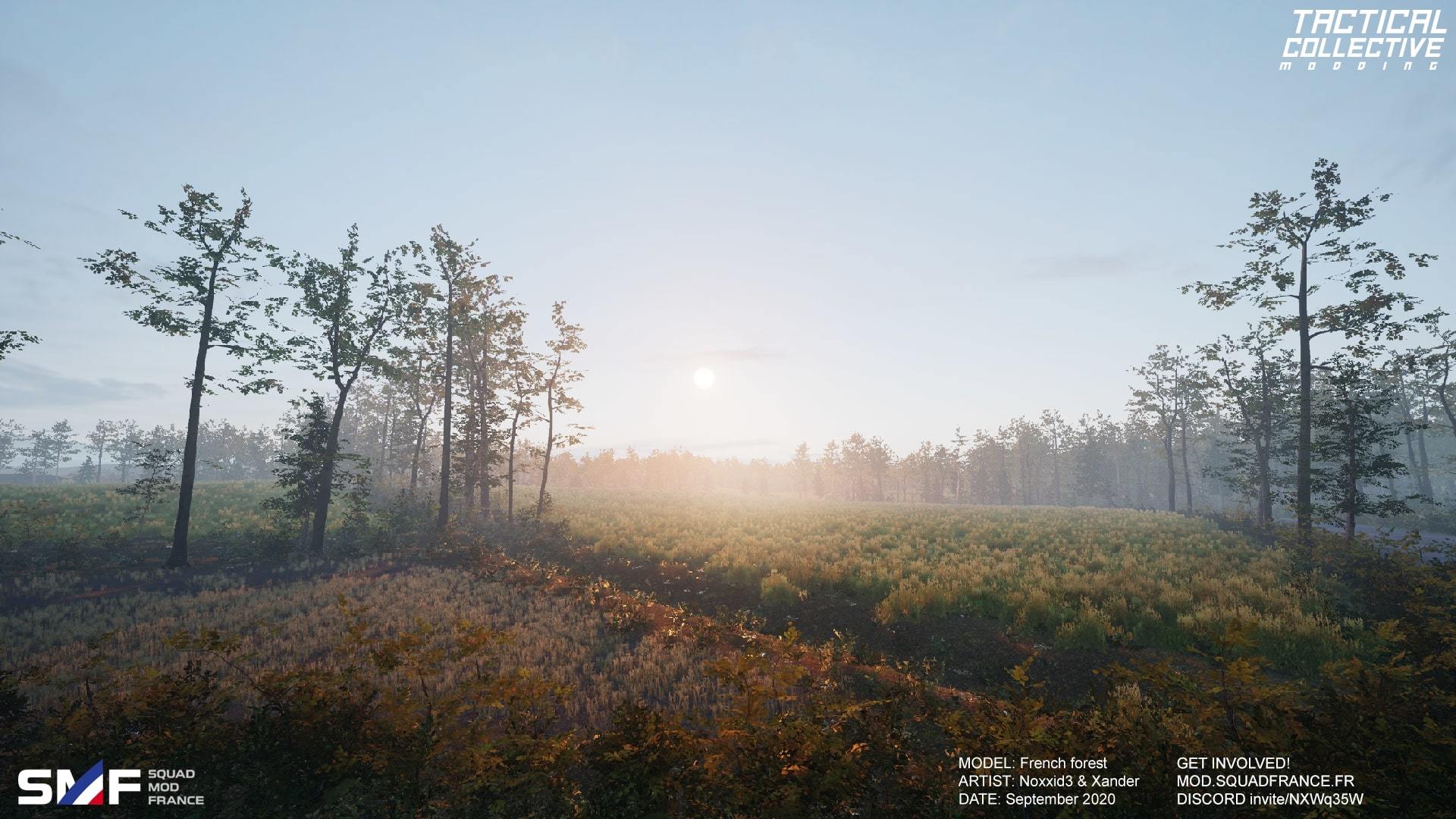 FRF2 Sniper rifle is now ready to see some action. 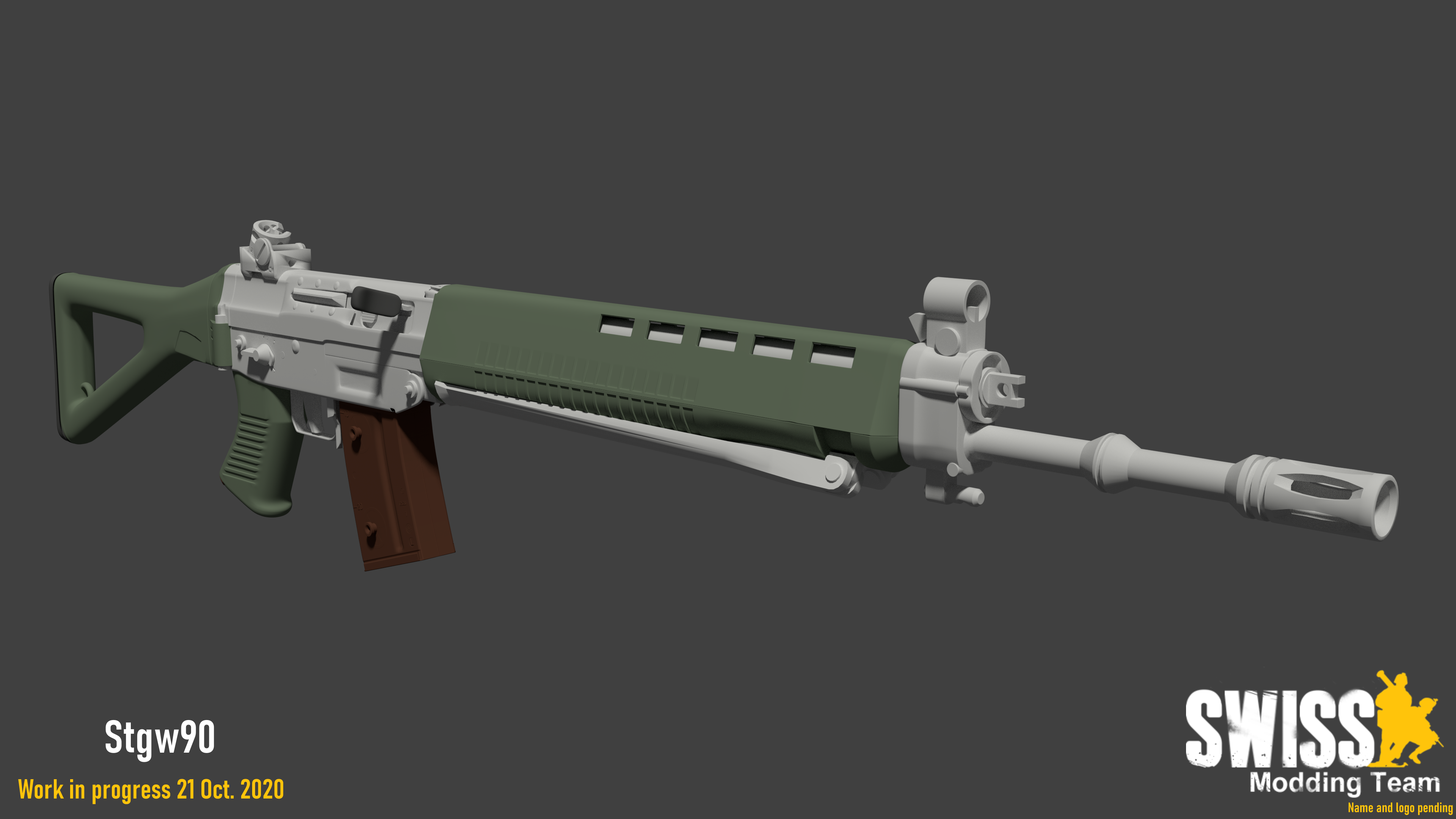 A new faction, a rare faction, a neutral faction! The Swiss are putting together what little manpower they have to try and provide Squad with yet another faction. We are few and lack experience, hoping The Wrench would attract some people to help, however, we have some people with experience with the real deal, along with access to the official manuals for reference. As you can see by the screenshots things are very crude at the moment, but we have set ourselves some sort of roadmap and a list of things to do. Anybody is welcome to help with this huge project. I'll likely post in the recruitment channel once The Wrench has been published. Name and logo subject to change. 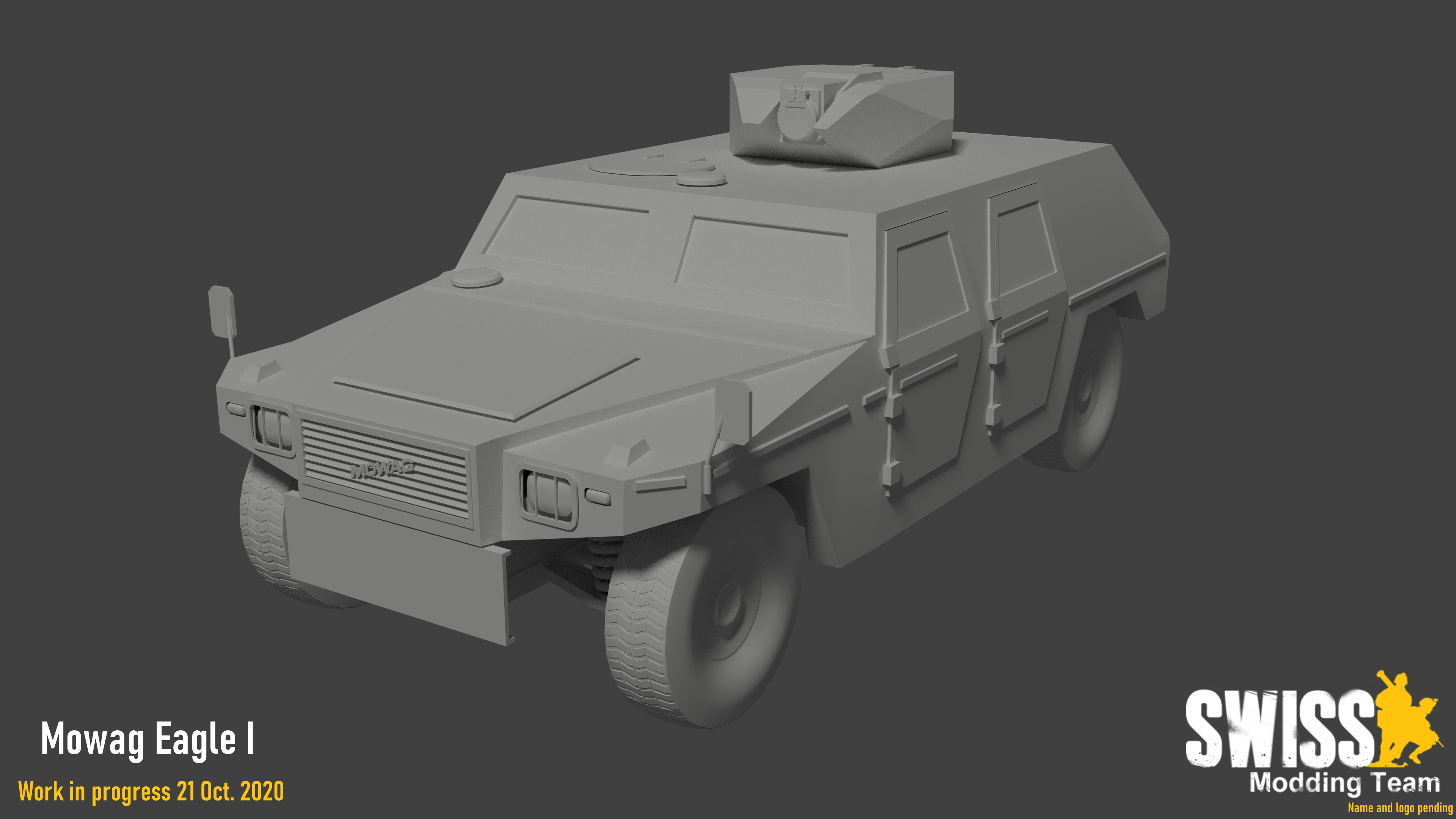 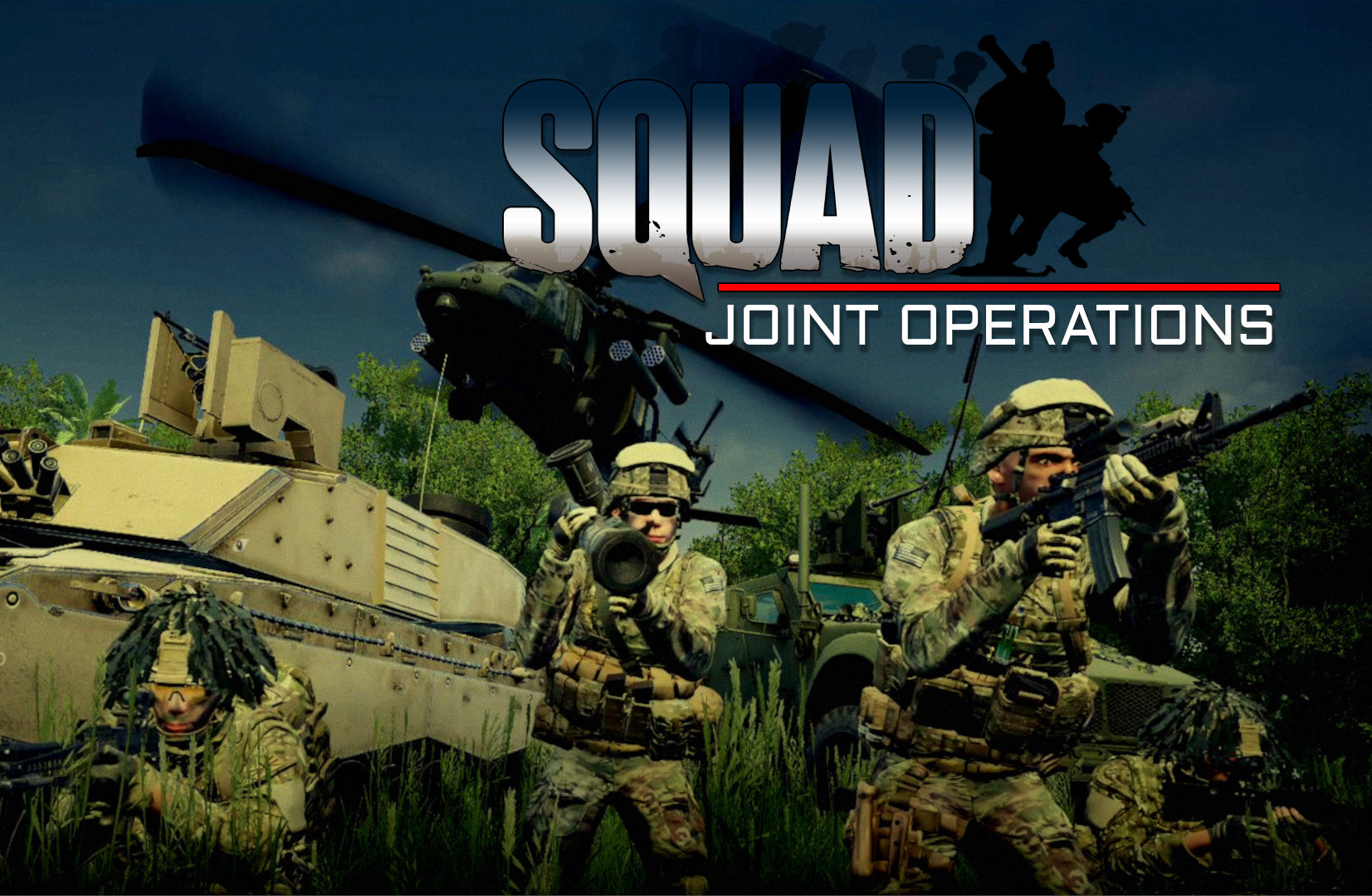 It retains Squads' structure & communications but removes much of the harder-core role-playing elements required by players, allowing for a more accessible playing style that highlights 'playing the objective'

The Mod includes Multi-faction teams, modified Gamemodes for AAS, PAAS & TKOTH, and many new assets. Changes to numerous gameplay mechanics; all changes can be found in the latest changelog on Steam. It also includes numerous gameplay layers for a bunch of Squad-vanilla maps as well as two classic Joint Operations maps; Black Rock Beach and Dormant Volcano Isle.

We are currently at the testing stage and mostly finished but with a little more work to do: More layers for vanilla maps and more factions, when available, and hopefully, fixes for some UI things, still to come. Development videos can be found by going to my YouTube, via the Workshop page video. 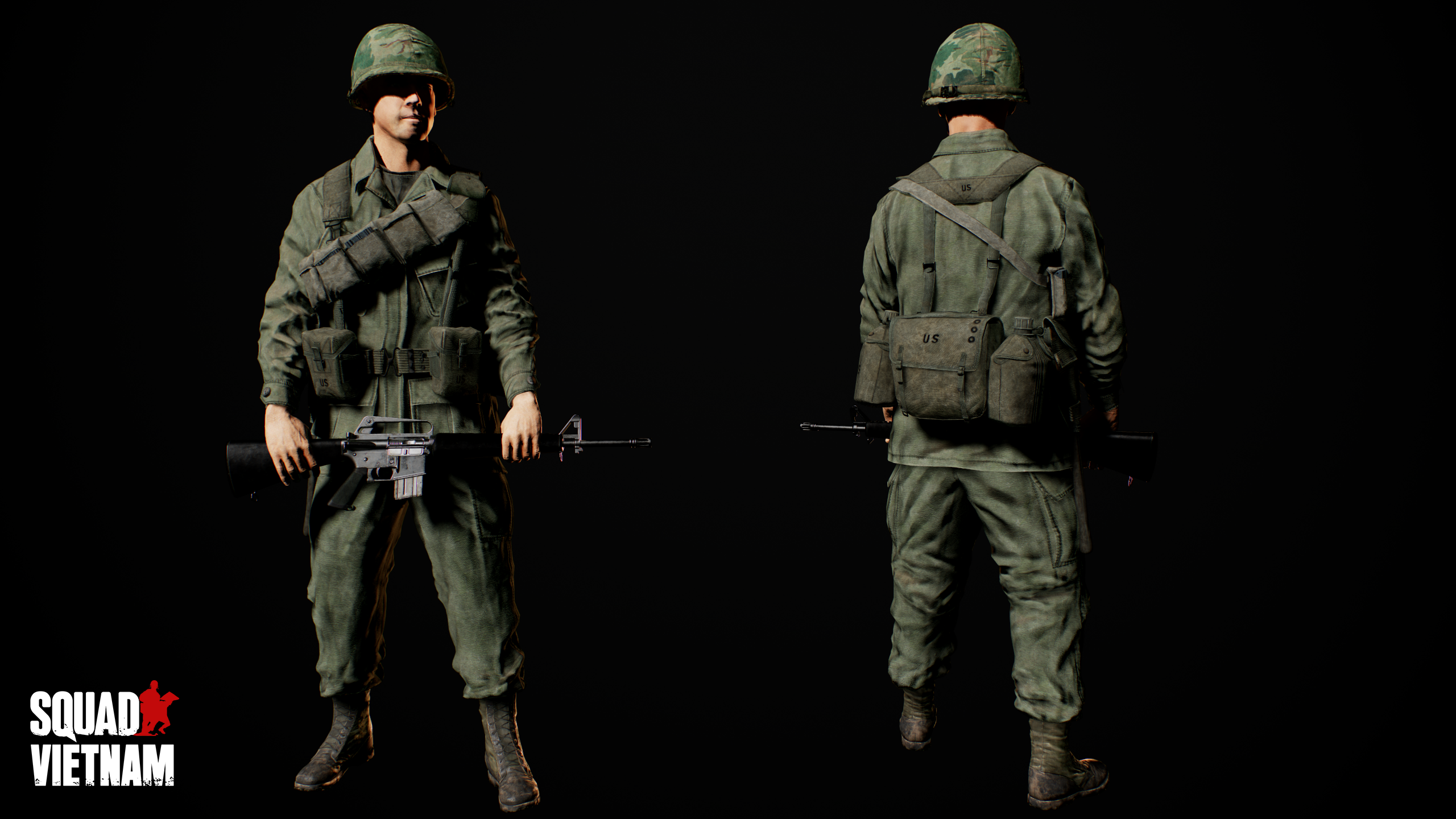 Set deep within the jungles and paddies of the Vietnam war. Squad: Vietnam will bring you the immersion of being amongst the ranks of proud US soldiers in the year 1969, or arms with communist North Vietnam with entirely new models, animations, and gameplay.

Squad VN will include some of the most famous weapons and vehicles from the 1960s. You can expect to see anything, ranging from fully functional and drivable M113 APC, M35 logistic vehicles and guns trucks, UH-1 “Hueys,” and many more (mind, realism is our goal, but the gameplay is our priority). 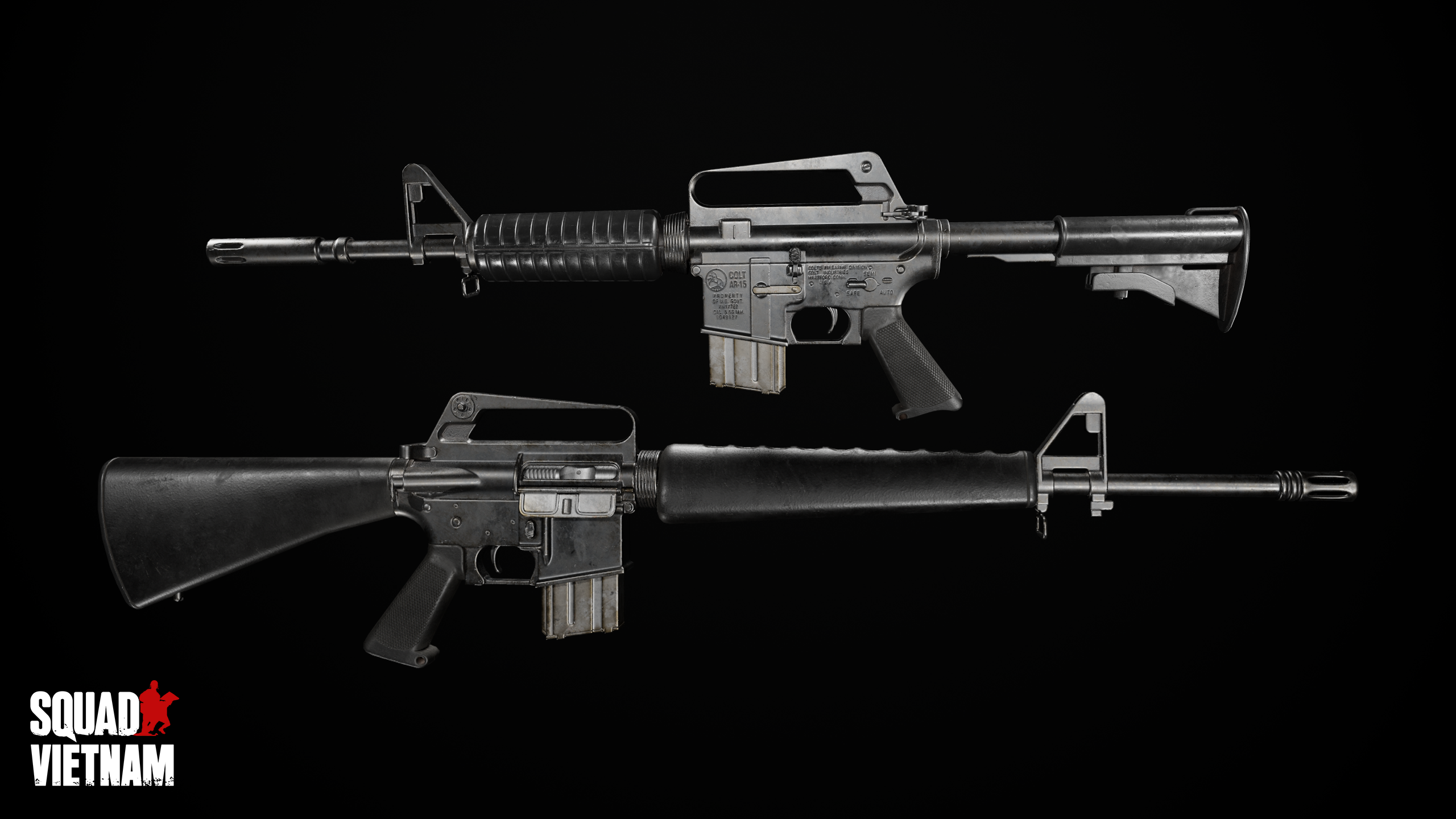 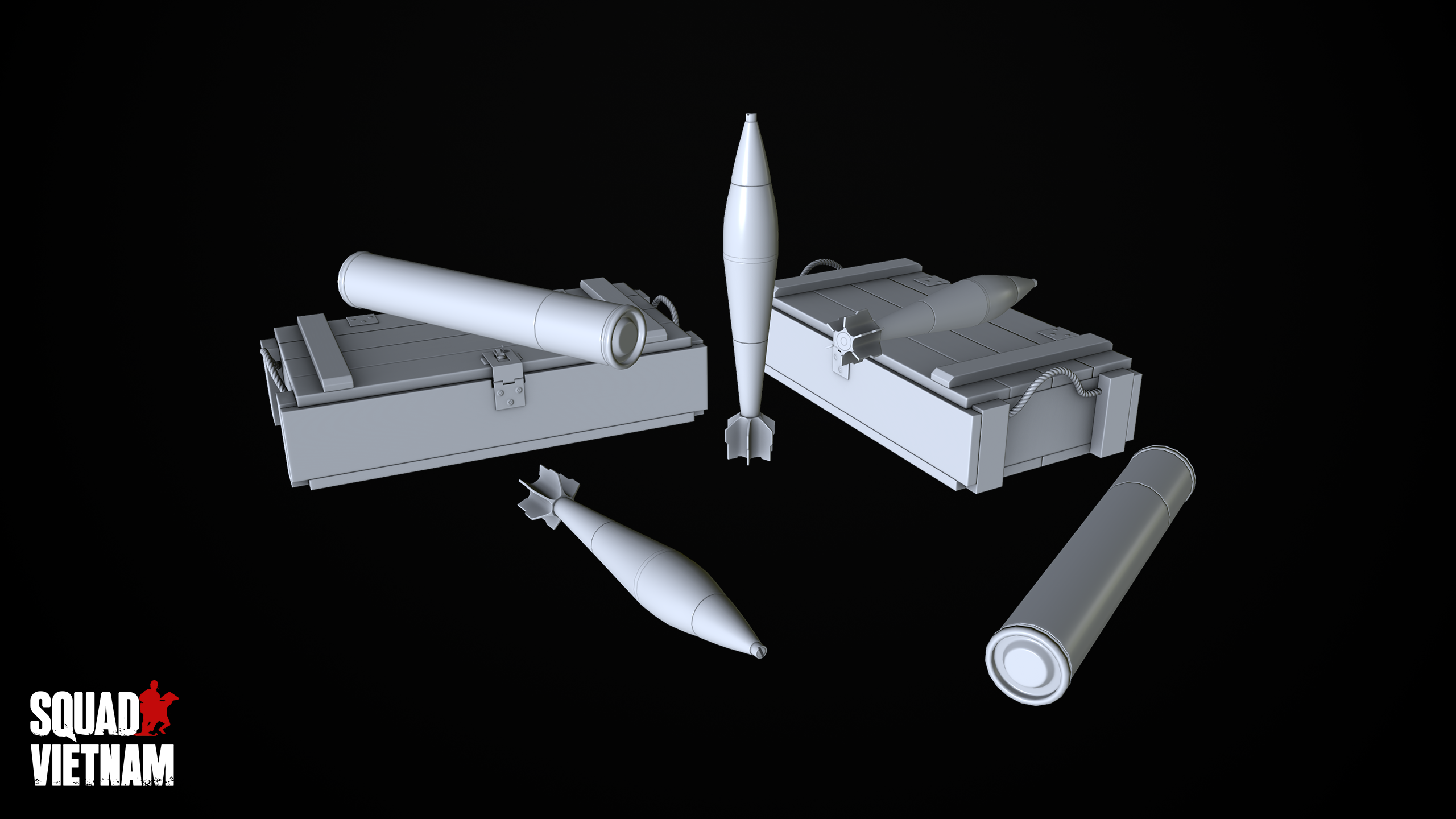 Our project will include new mechanics added to Squad; that being, dismemberment and gore, scout helicopters, and so on. More information and leaks will come along with those currently provided.

We hope to get V1 to you by the early months of this upcoming year, along with playtesting before the end of 2020! But I digress, this mod may be our main project, but many of the developers still must handle school and outside jobs, sadly hindering our progress.