With modding back in full swing, the community has not disappointed in the slightest. There’s a whole heck of a lot of amazing work this month!

Join us on the Community Modding Discord[discord.me] where you can join discussions and meet the modding community. It’s a great place to share your ideas and passions with like-minded people that will happily help you create something awesome.

Previously known as SWCMod, the Squad ProMod Team has been hard at work taking the mod to new levels. ProMod adds support for TC, including new caster features, update to default logos, UI color schemes, and tons of new layers!

Not only do those layers include over 30 new ones for Skirmish, AAS, TC, and TC-Invasion, but they’ve also applied their Standard Lighting to bring a more natural and realistic feel, while maintaining consistency for competitive play. ProMod continues to bring great solutions to enhance every aspect of competitive play.

Lastly, this update includes their versions of Fools Road and Operation First Light, featuring a full retexture and foliage update. Check ’em out for some really elevated visuals! 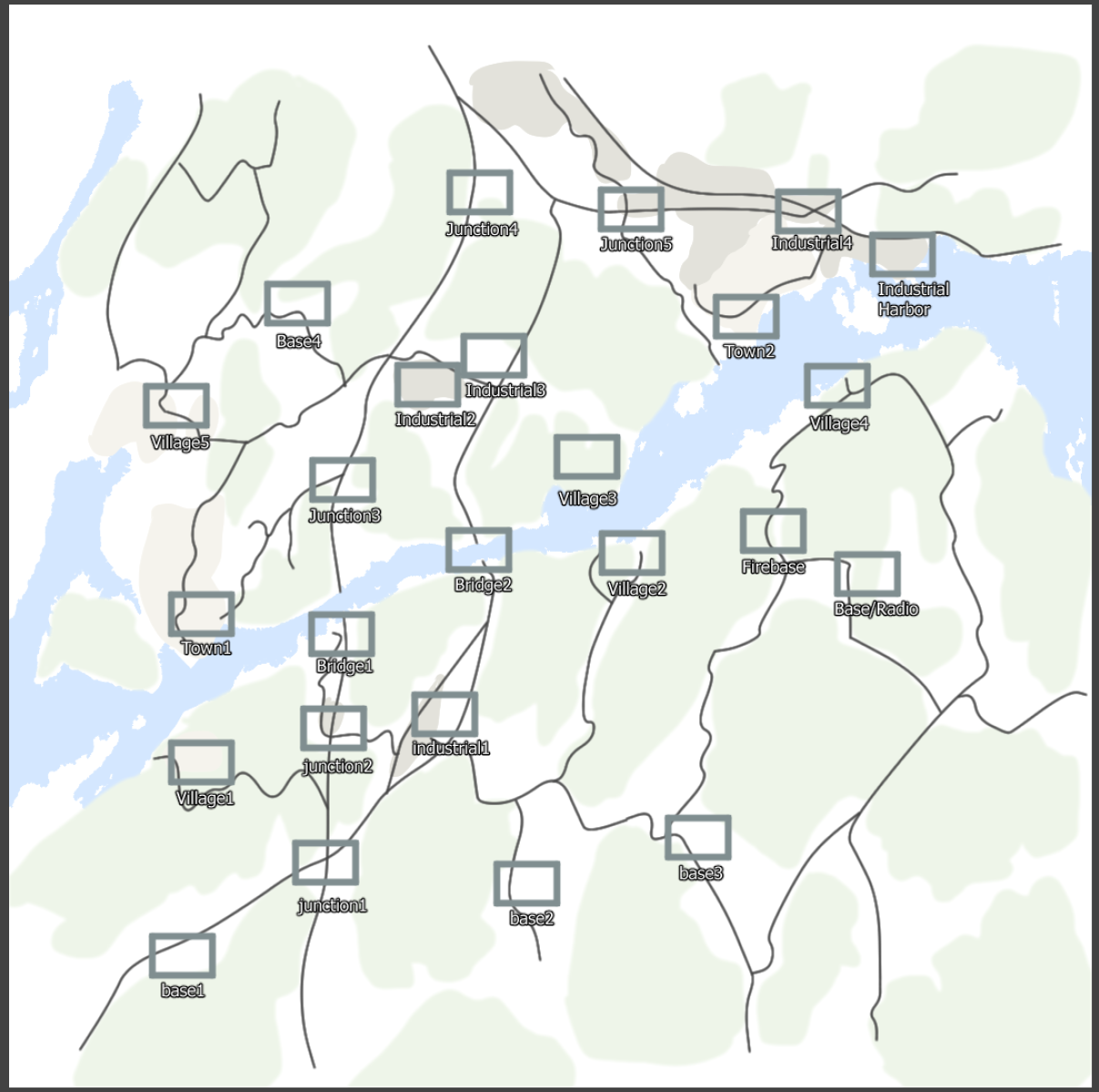 Hey, Alac is back! It’s been a while, but as you can see, the time has been well spent on Sinvesund. 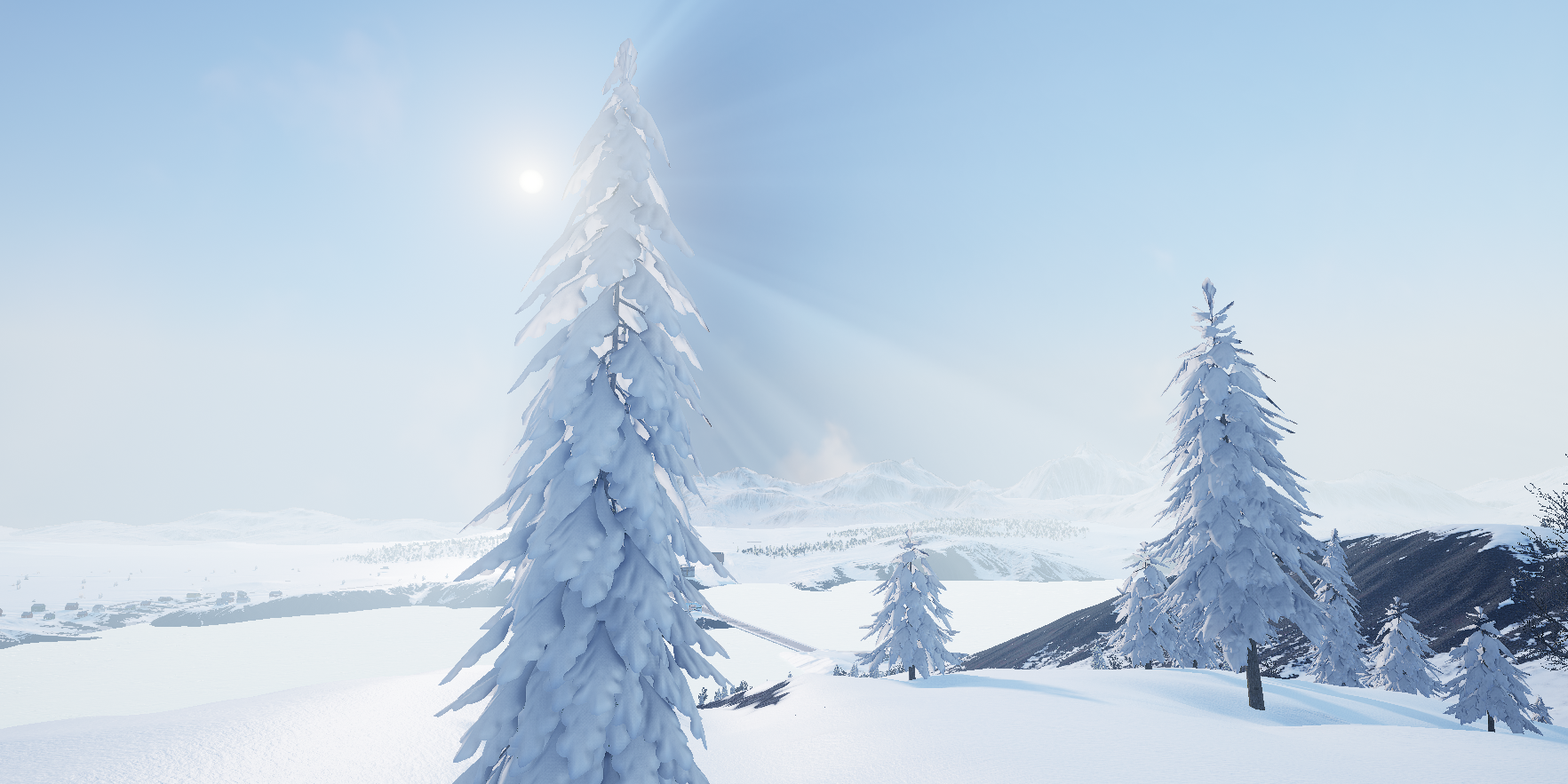 Set in a key route between Sweden and Oslo, the snow-covered area is of utmost strategic importance. Alac is striving to make sure that the balance remains just right so that infantry and vehicles can be effective forces, especially with the difficulty added by the snow. 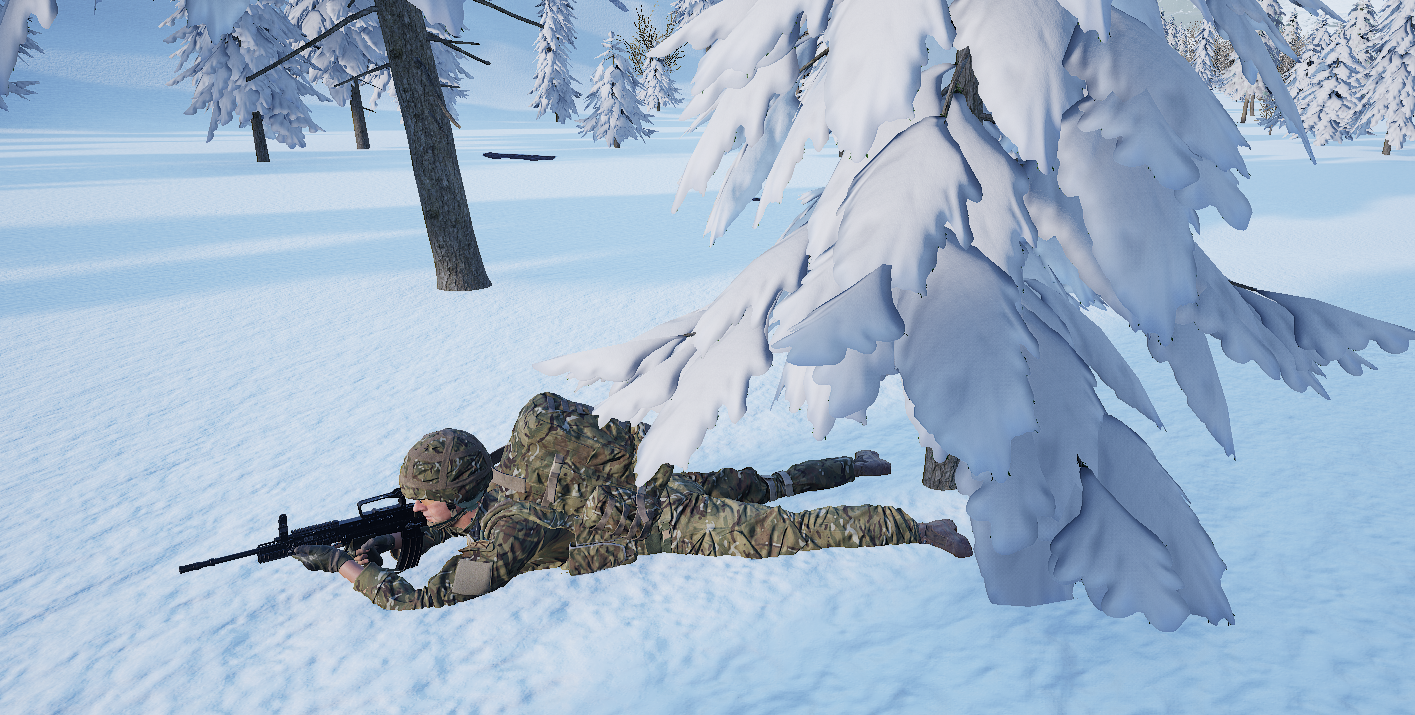 While still a work in progress, it’s becoming evident that the goal is to make a realistic map that still prioritizes fun and playability. Oh, and don’t worry: snow camo will be coming, with lots of testing.

Now that you’ve seen the trailer, let’s hear what Squad Jam is about directly from Loki himself:

"Squad Jam is a Squad versus Squad competition where squads of 1-6 players group up and fight until the last squad standing. Rounds last 20 minutes, competitors select inventory at the start of the round, and can loot enemy backpacks, winners keep their inventory, and dead players become scout drones that can help spot and suppress enemies!

Will you be the Victor?" 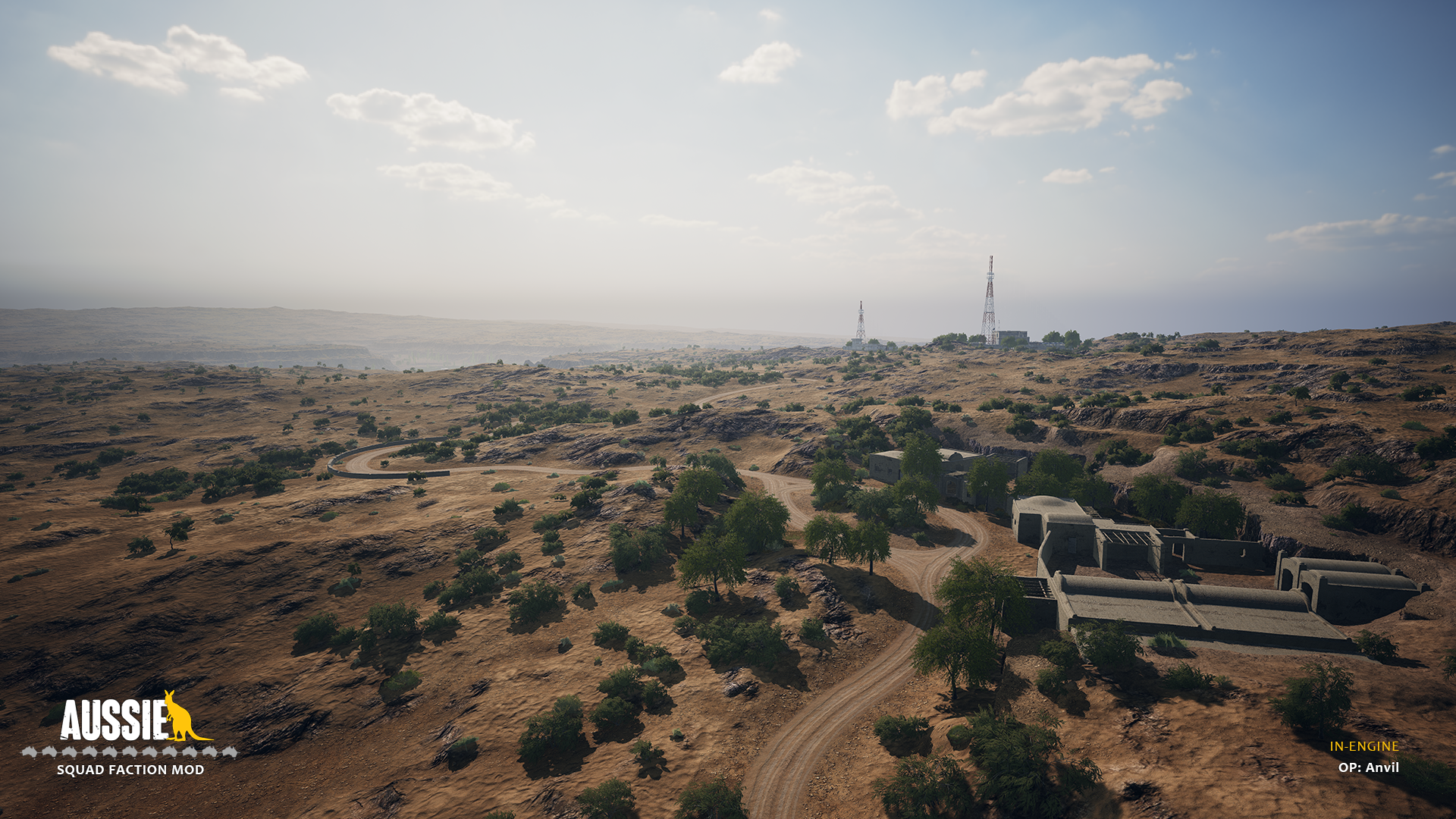 The Aussie Mod Team is back at it and banging out some high quality work again! They’ve included some screenshots of their second map, Operation Anvil. 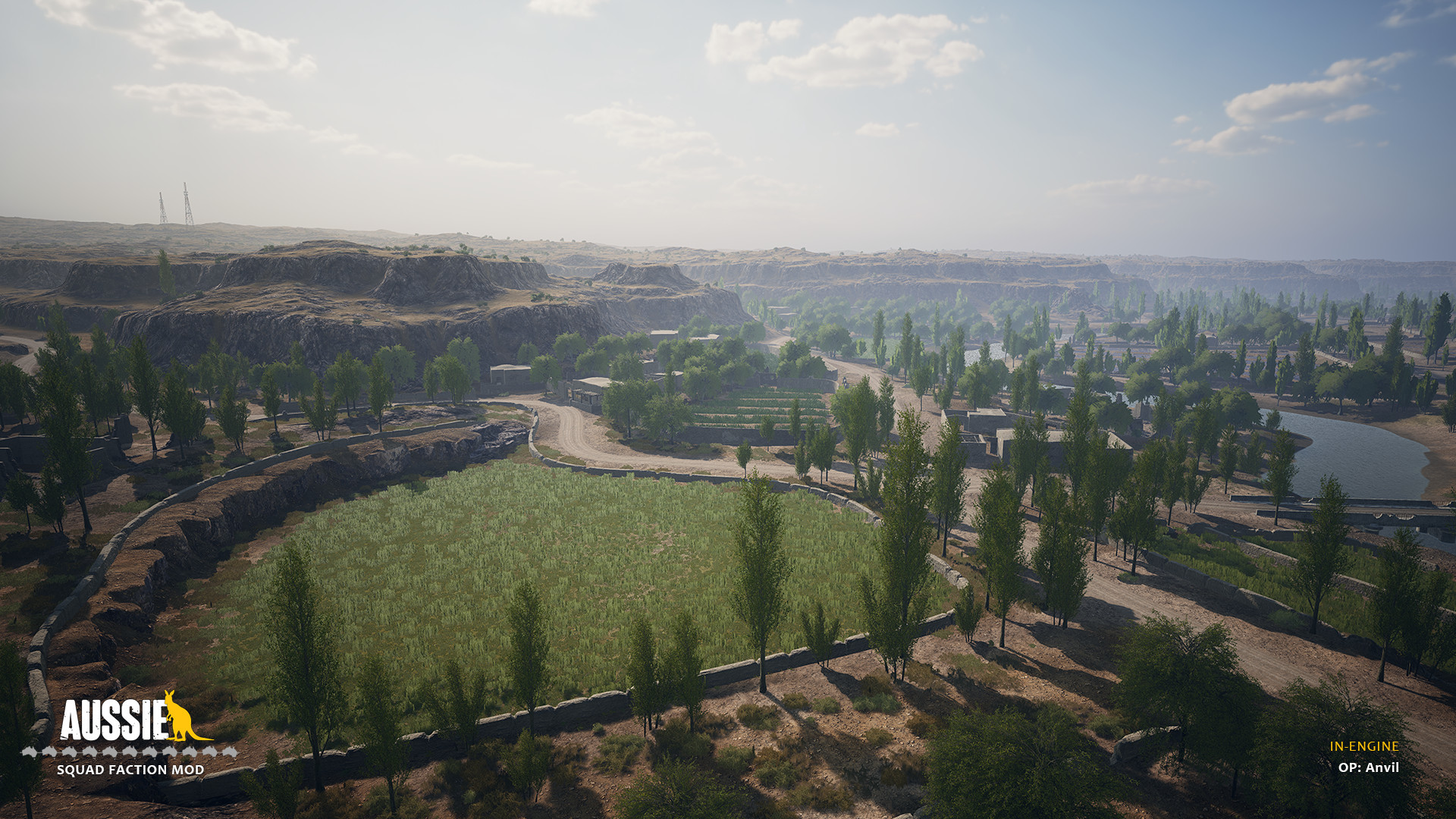 Offering a variety of terrain from the arid canyon top down to the lush basin populate by villages, squaddies will have to adapt to changing conditions as the fighting advances. The verticality of the canyon should present some unique opportunities for overwatch support as well. As an added bonus, they’ve passed along a screenshot of one of their hot new outfits for all this season’s fashion-forward battlemans. 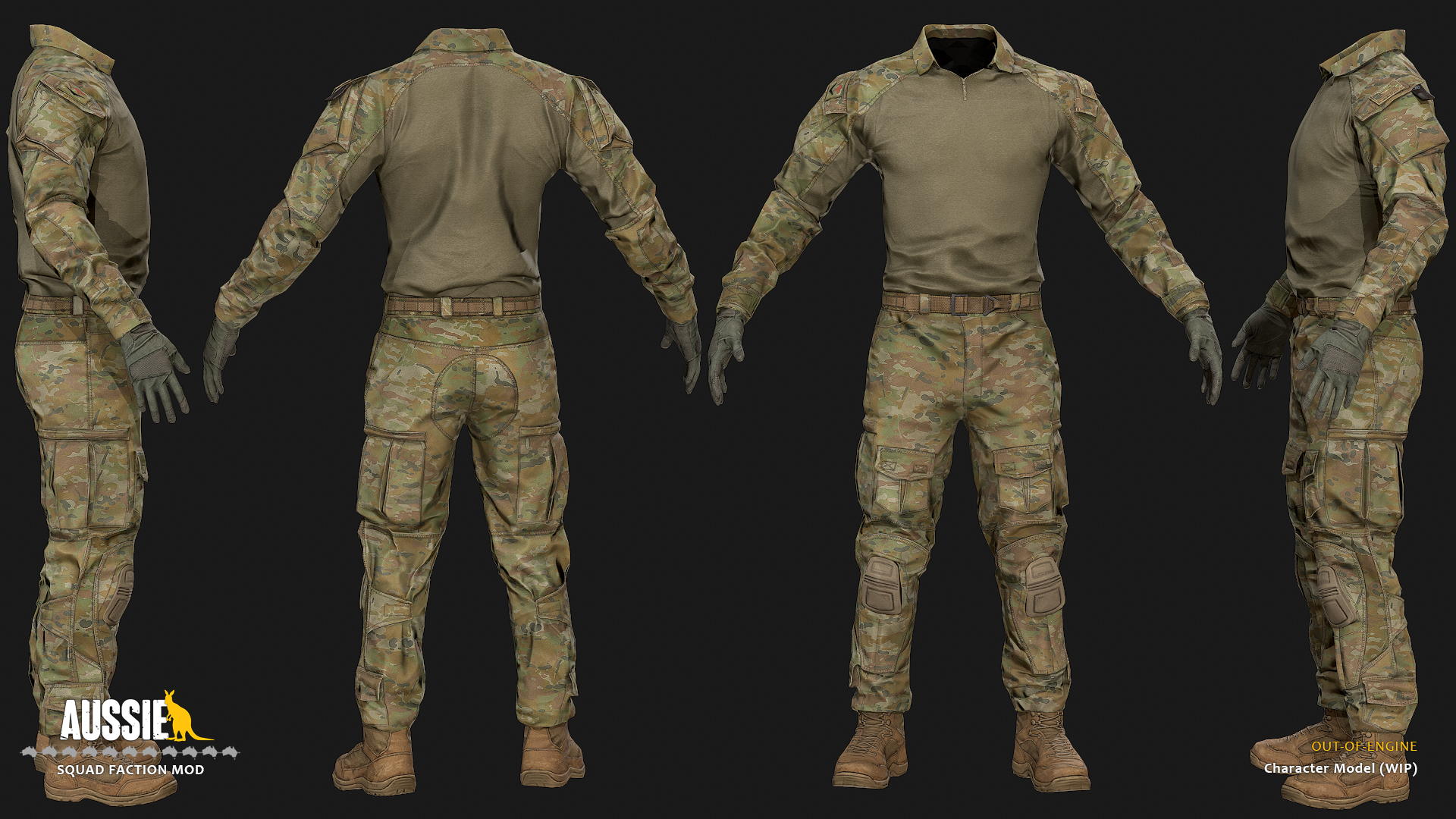 A big welcome back to the only Hawken we like more than giant robots! This month, he’s showing off the latest and greatest work on the Gulf of Finland. The Gulf features seven islands that will absolutely require teamwork to assault.

Sure to bring about all sorts of airborne assaults (and maybe even some air-to-air door gunner fun), Gulf of Finland will two with two AAS layers, as well as a Territory Control layer. There’s also options for day, evening, and night layers with some varied battle damage.

As soon as helicopters are available, expect the nearly-done map to go into full testing. Don’t miss out! 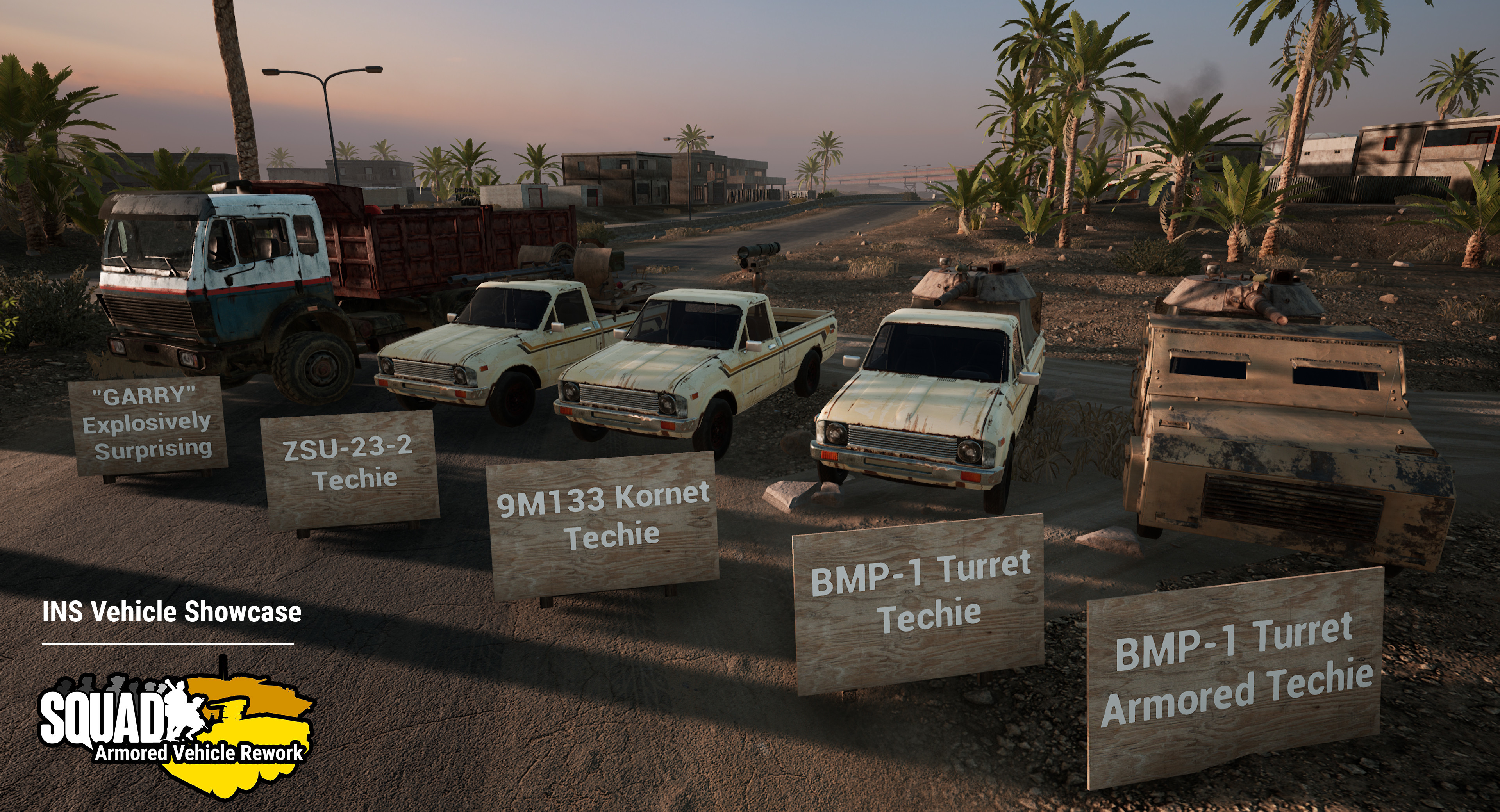 They may have missed out on the last Wrench, but boy howdy, have they been productive in the meantime. They’ve been getting a little, ah, unconventional over there. 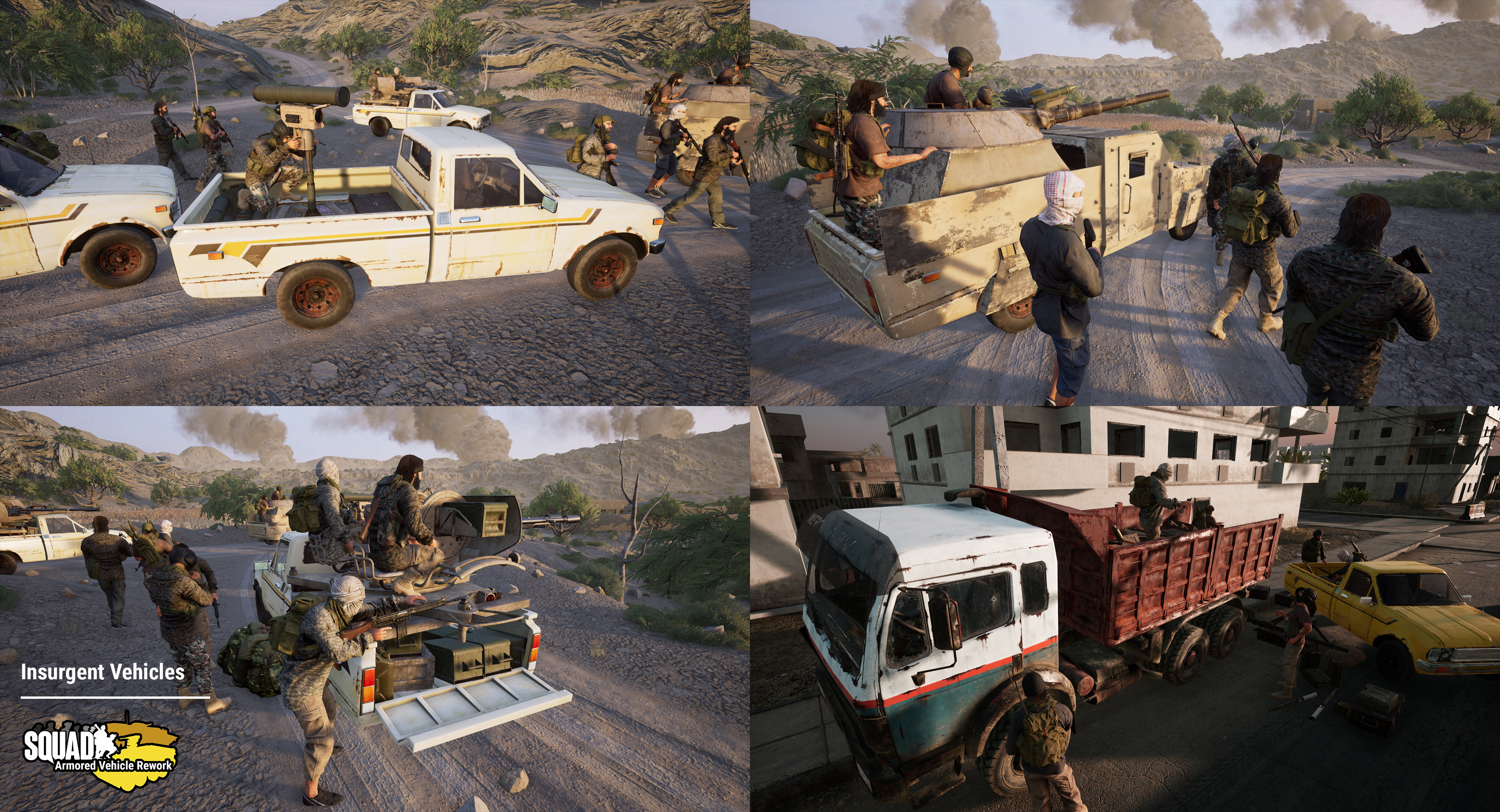 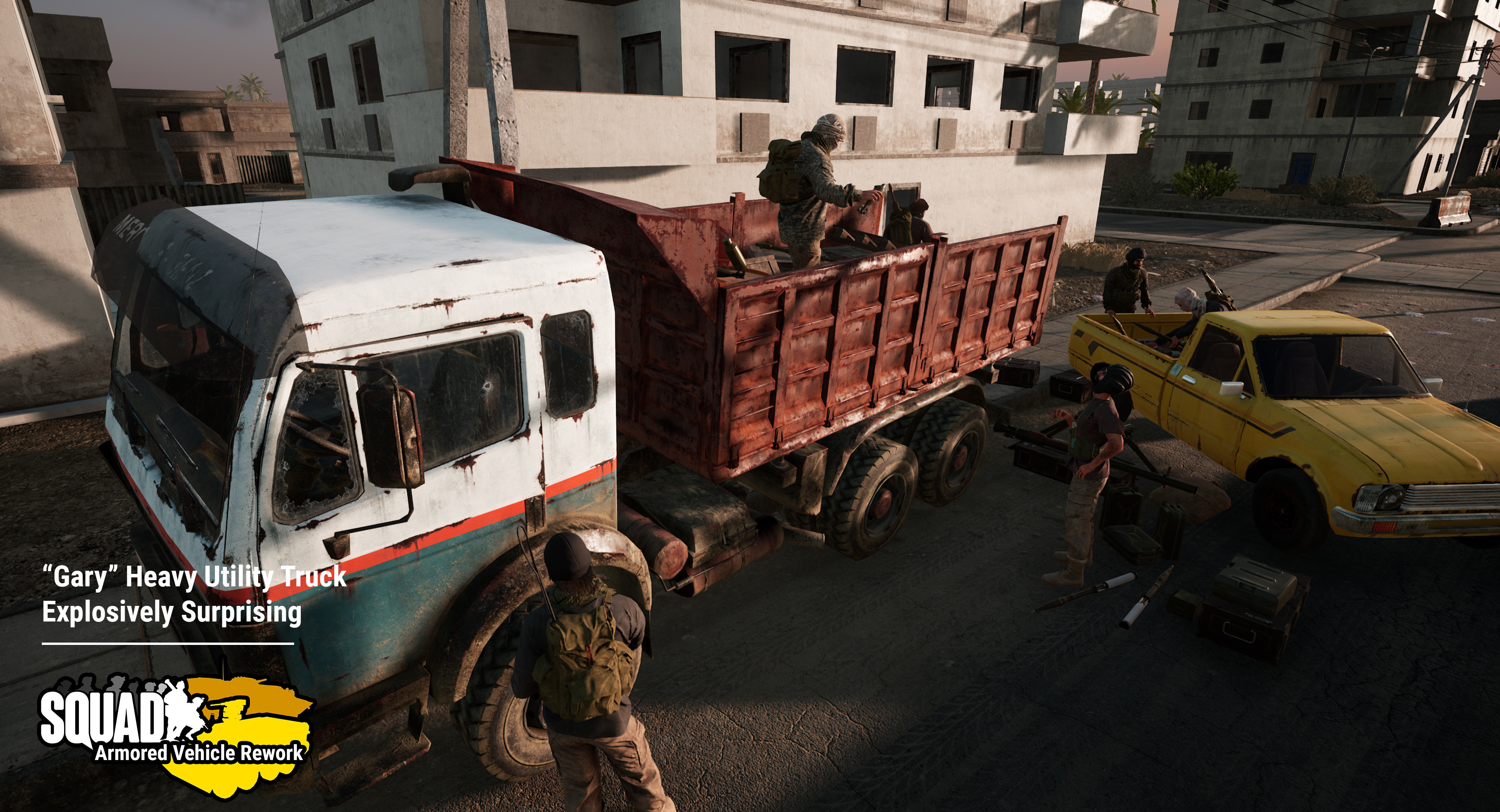 Insurgent and Militia Forces will be receiving all sorts of new technical variants, featuring armaments like ATGM launchers, anti-aircraft guns, and more! 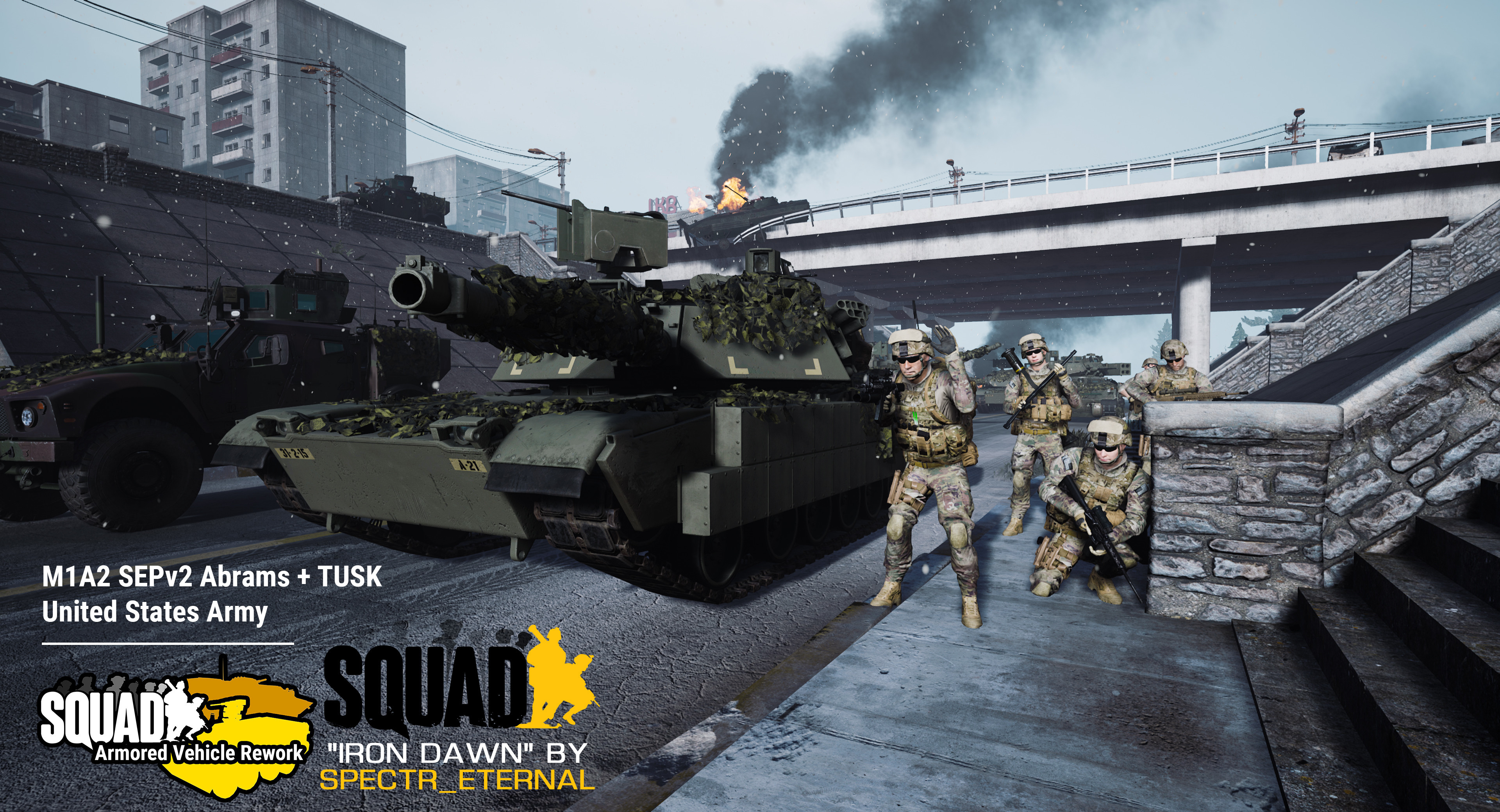 Lest they are accused of bias, they’ve even got a little sumtin’ sumtin’ for the Americans as well. Got feedback, questions, or comments? Head over to their brand new Discord server[discord.gg]. 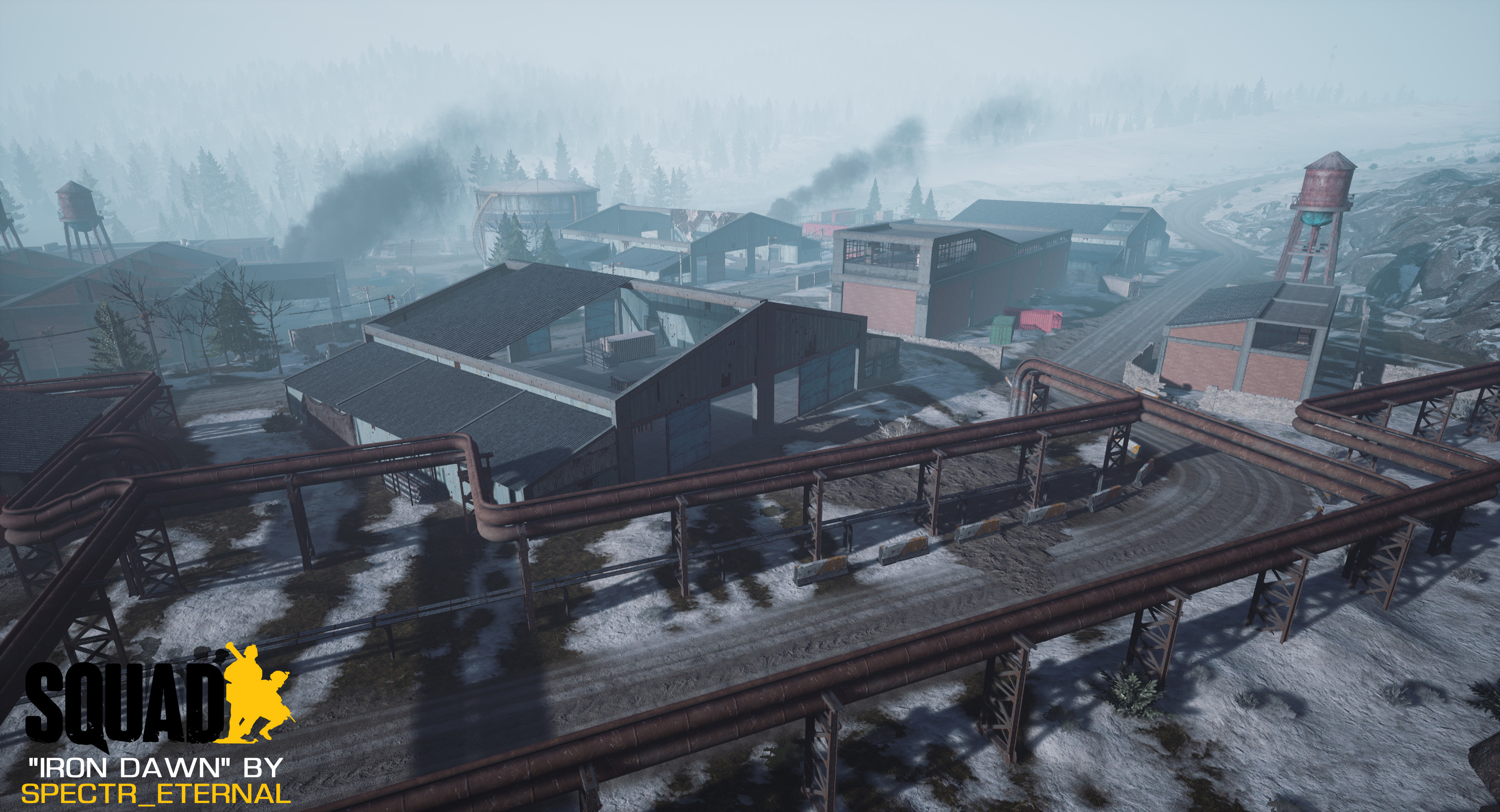 SPECTR_Eternal keeps marching on through the warzone that is Iron Dawn! In this update, we’re treated to work on a new industrial area featuring a water purification facility, as well as a battle-scarred complex wide enough for vehicle combat, but just small enough to turn every chokepoint into a potential ambush. 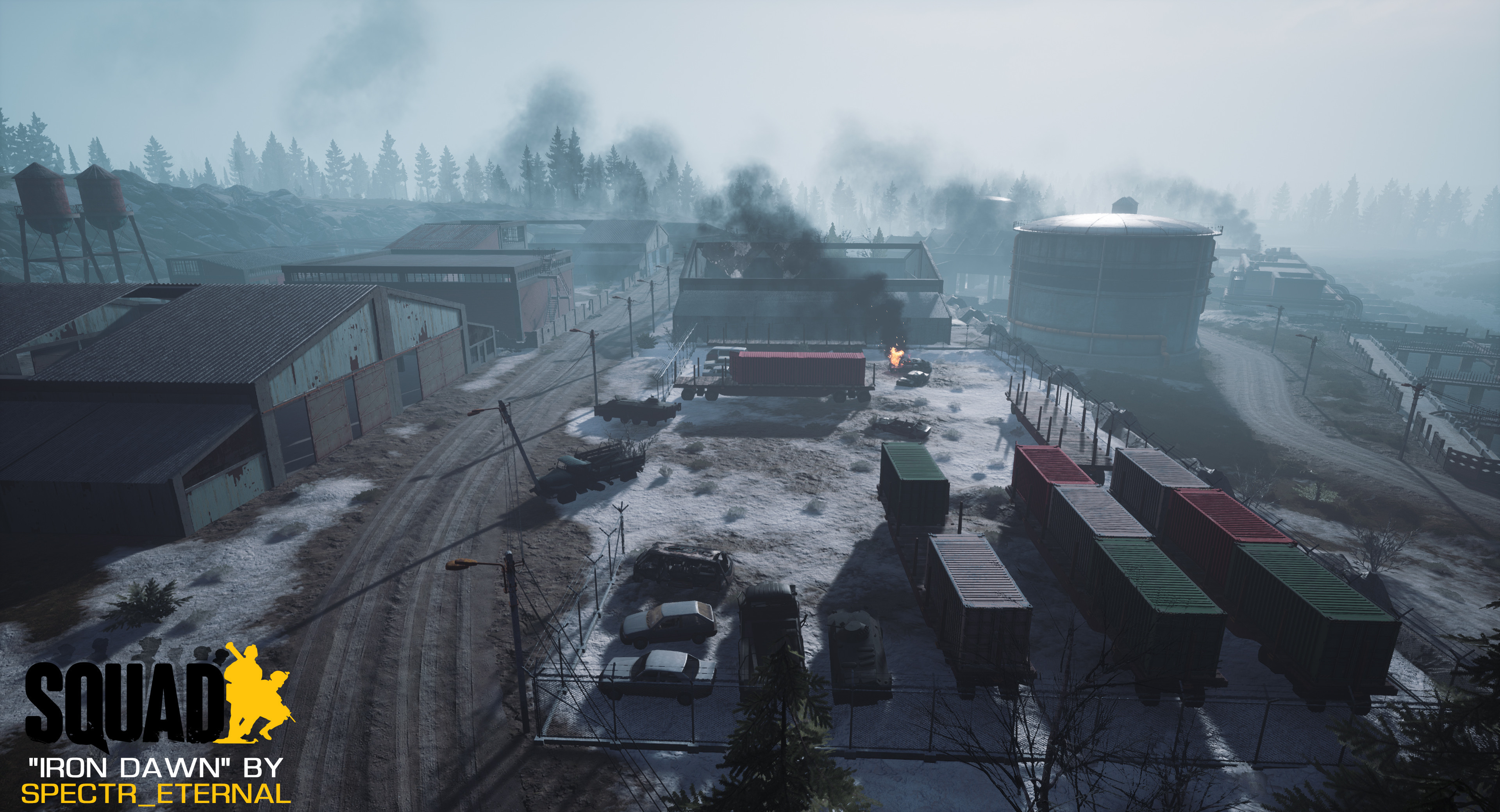 While he doesn’t have a date yet, we’ll likely be seeing Iron Dawn in the Squad Jam, featured above. 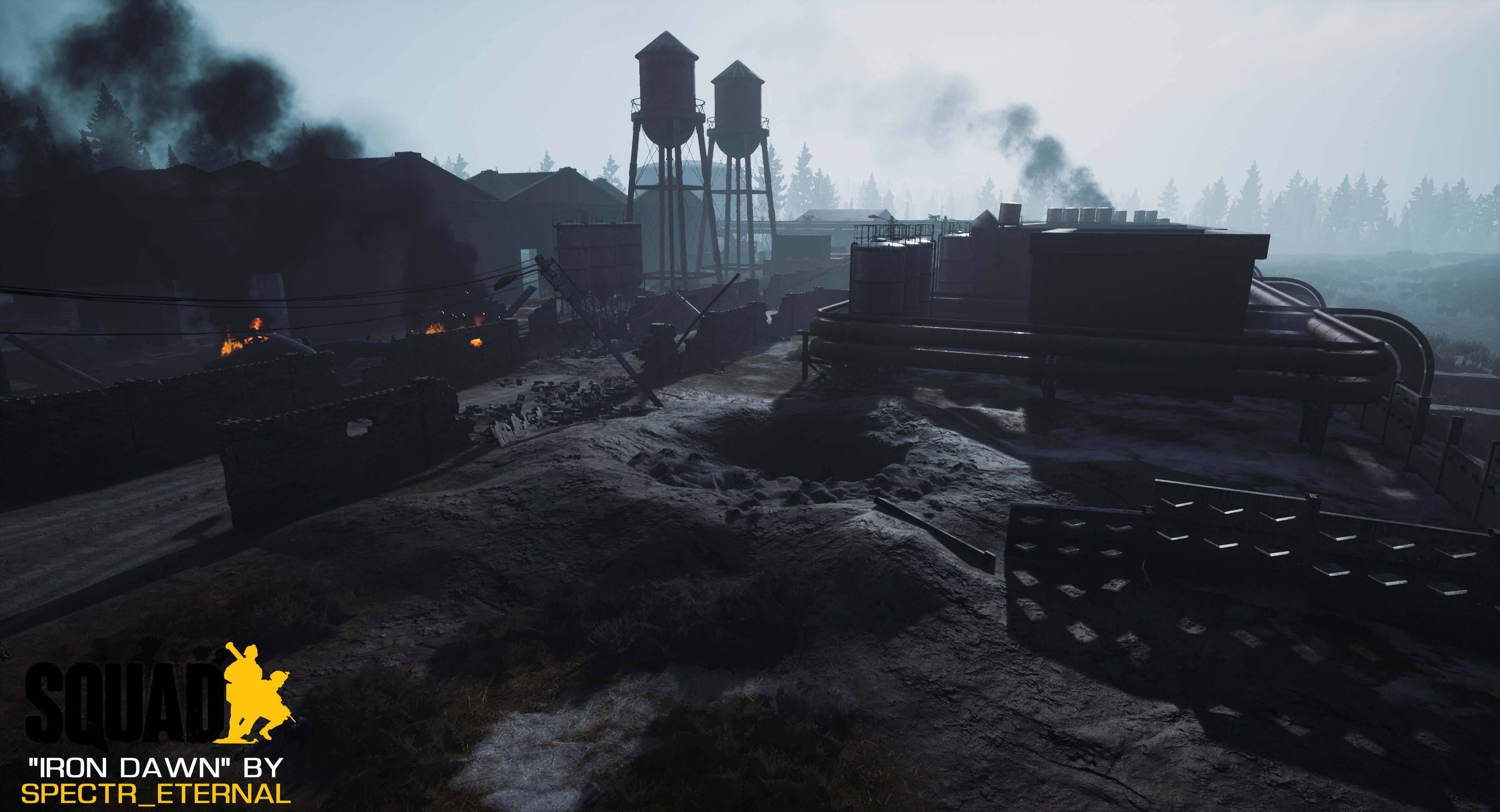 Squad Modding Hub Management Team Out.
Would you like to see your mod featured in The Wrench? Let us know by submitting it here[www.wrike.com]!

Please note: Offworld Industries is not responsible for mod content. Please contact the creator for assistance.
Click here for the source of this article RSS Feed