The Canadian Armed Forces team has been hard at work since the Modding Weekend to incorporate your feedback, smash bugs, and make all sorts of tweaks! We’re happy to present those changes now, as well as provide an update on Alpha 16 and the OWI Company Holiday. 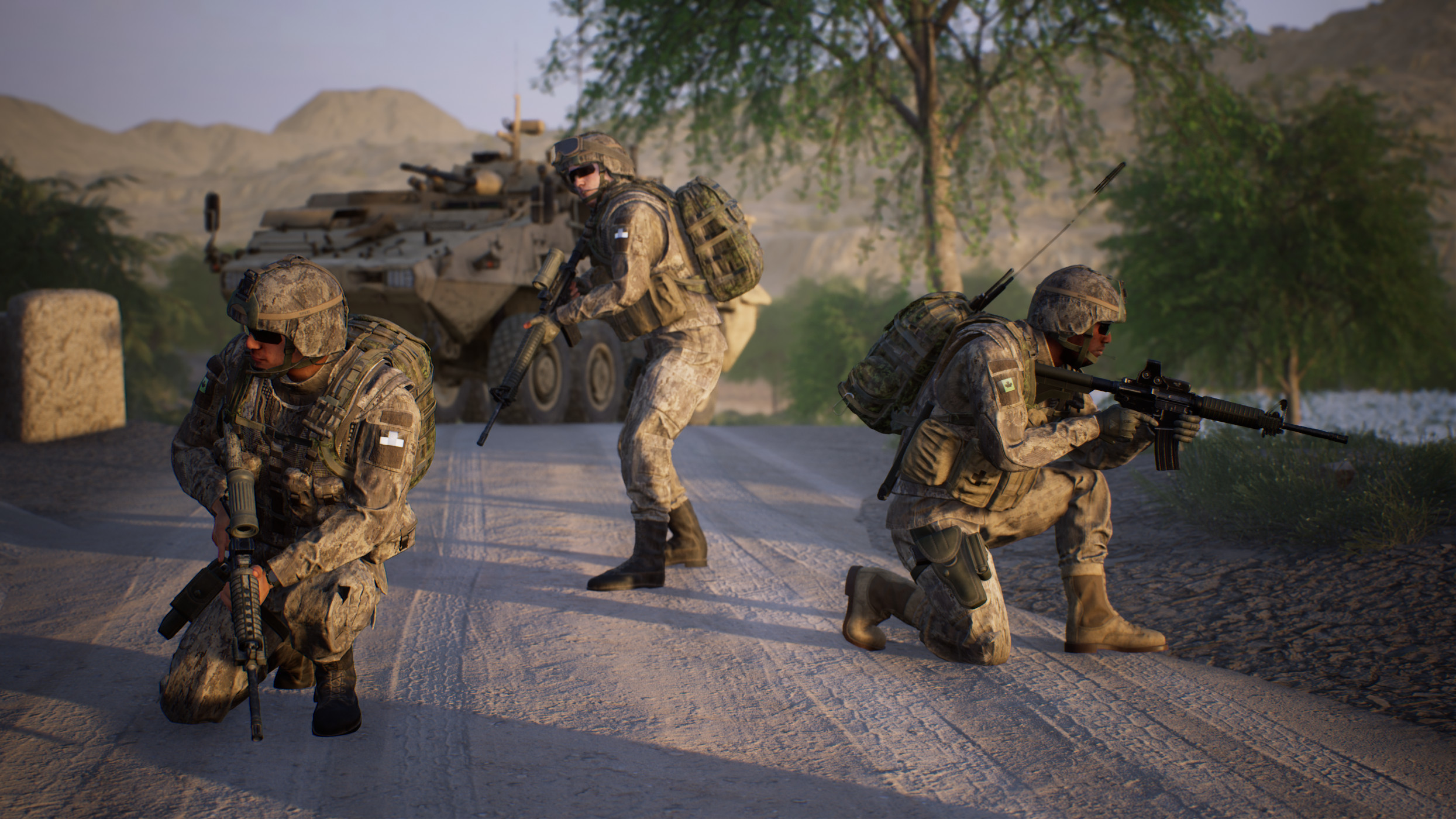 As mentioned, the CAF team has been hard at work polishing their release and are ready to roll out some of those changes! The update will release today, August 28, 2019, at 3 PM PDT[everytimezone.com]. This is a separate update from Alpha 16, which we’ll touch on in just a minute. 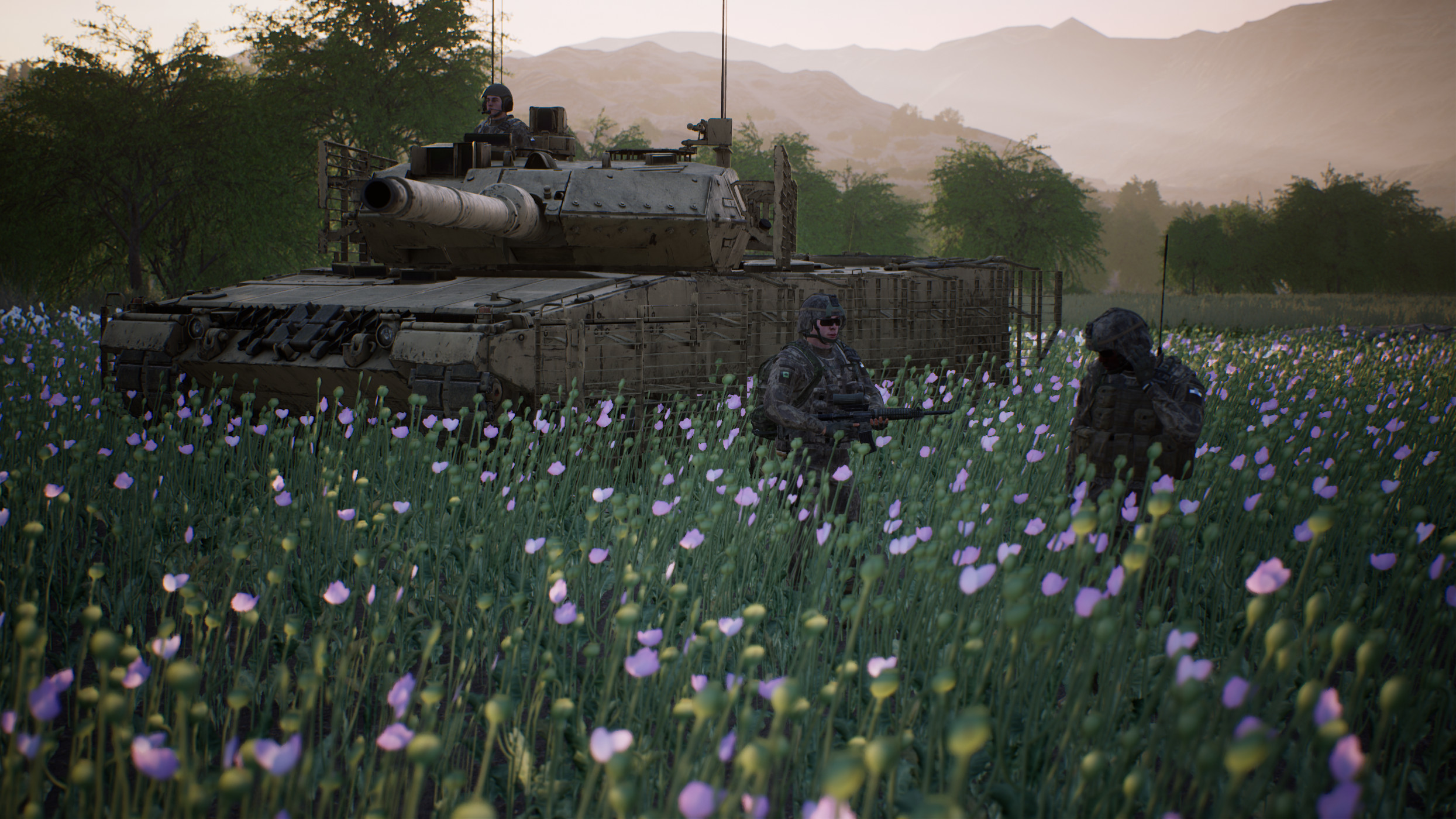 As some of the more observant of you noticed, we’ve been putting Alpha 16 through its paces through closed testing. While the results are encouraging, we feel the choppers aren’t quite there yet, so we’re planning to push the release back a little.

First, choppers are fully flyable and can be used to transport troops and supplies. They come equipped with door guns for self-defense, a gimbal camera to aid in landing, and a functional cockpit to help you keep aloft. As mentioned, we’ve held full-scale internal testing recently and gathered a lot of feedback from the first folks outside of Offworld to take flight.

While we’ve made some strides in getting performance improvements in place, especially for users with higher latency, the pilot experience still needs some work. In some rare cases, there are some crash bugs, plus some other quality-of-life improvements that need to be made before the patch is ready.

As we’ve been striving to maintain the 4-6 week patch cadence, we wanted to be fully upfront about the delay. Our humble apologies, but we believe getting helicopters right is worth it. As we move forward, we’ll ask for your help in doing just that with periods of public testing. We hope you’ll share your feedback!

Additionally, we want to ensure our modding community has better support and less downtime. With that in mind, releasing Alpha 16 too early would also cause a gap in SDK support. The hope is to have as little time possible between the patch and mod support for that patch being available, especially for communities using mods to host leagues and events.

OWI Company Holiday
Every year, the company takes a week off to get together, get to know everyone who’s joined us that year, hash out the next year (including planning the next trip), and recharge our batteries. It is, as you may have guessed, that time of year!

From Monday, September 9th through Friday, September 13th (most) of Offworld Industries will be in Japan. We’ll have a crew on hand to monitor things, but you may experience delays from support. You can still find assistance on the forums[forums.joinsquad.com], the help site[support.joinsquad.com], or in Discord[discord.gg] though.

Should you see a pack of Squad developers somewhere in Japan, please send help and a translator. =)

Sign-off
We appreciate your patience and understanding! We’ll be back and in full swing, all bright-eyed and bushy-tailed before you know it. In the meantime, please enjoy the updates from the Canadian Armed Forces Team!