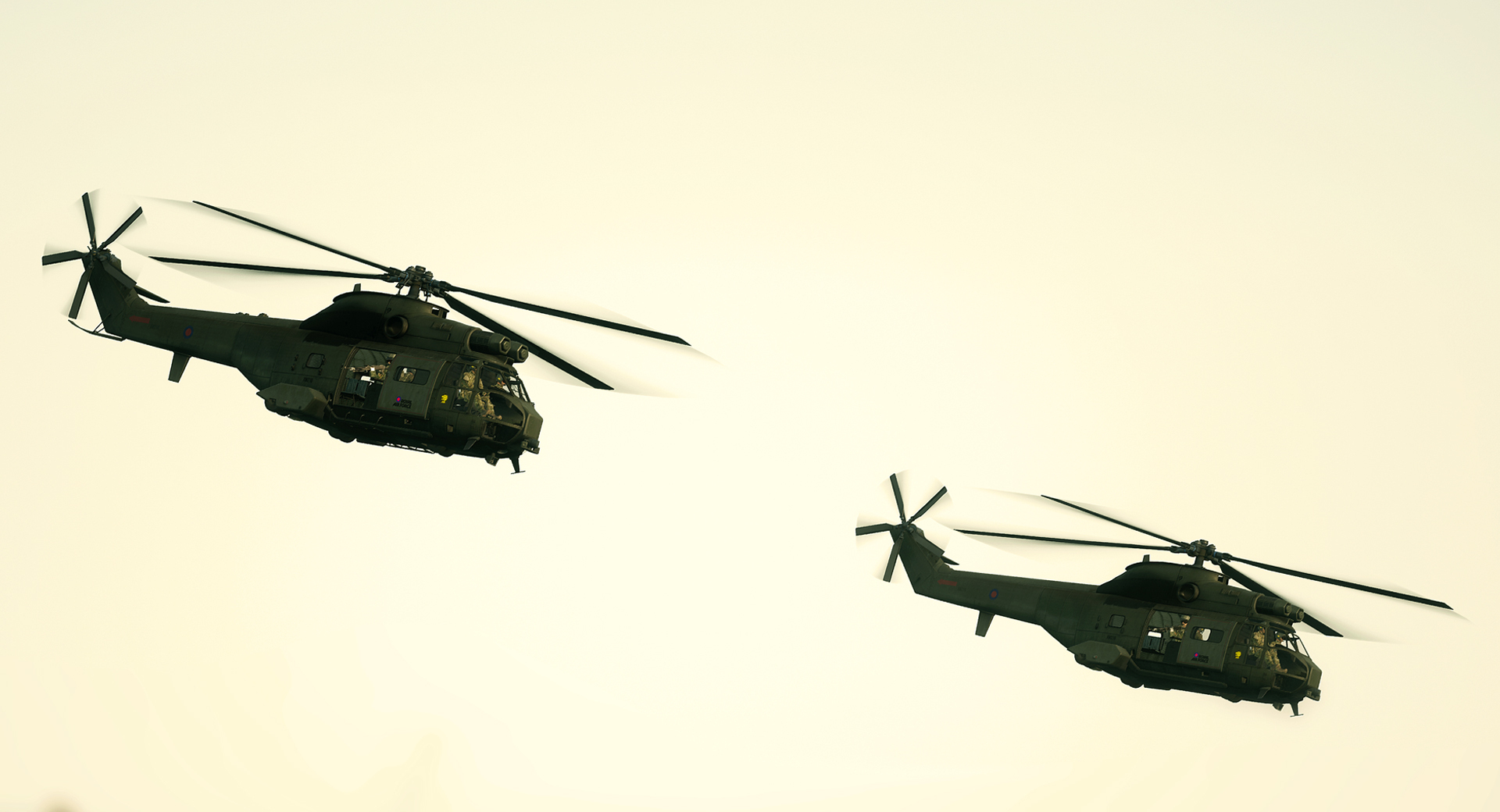 2021 has been quite the difficult year. Here at Offworld, we had certainly hoped to accomplish more. We’ve touched on this with you all previously, but we wanted to share some final thoughts and a recap with our amazing playerbase as we prepare for the holiday break…

We started strongly with the release of V2.0 at the start of the year. This update included a number of significant changes to Squad including a significant Map Layer Overhaul which was similar in scope to an engine update, new content for your favourite factions, balance and gameplay changes, and long-awaited improvements to the Helicopter flight model. Also included was a new map based in Canada’s Goose Bay. For a full list of what we delivered with V2.0 see our launch blog [[url=https://joinsquad.com/2021/02/24/squad-update-v2-0/]URL Link[/url]].

As is the case in game development nothing ever goes quite to plan and within a week we had identified and addressed a number of critical issues which were fixed with the V2.3 Hotfix [[url=https://joinsquad.com/2021/03/04/squad-update-v2-3/]URL Link[/url]]. We would address more issues, and make some gameplay improvements with the V2.4 Update a few weeks later [[url=https://joinsquad.com/2021/03/25/squad-update-v2-4/]URL Link[/url]]. The V2.4.1 Hotfix would arrive the next week with more fixes.

By the middle of April we had another significant update to Squad with V2.5 containing more bug fixes for V2.0 but also new replay functionality, allowing players to relive their most exciting moments from Squad. V2.5 came with a number of other updates, which are worth going over in its launch blog [[url=https://joinsquad.com/2021/04/14/squad-update-v2-5/]LINK URL[/url]]. A few days later we addressed player concerns over the ability to abuse the client-side “demo recording” functionality to expose enemy positions during gameplay with the V2.6 Update [[url=https://joinsquad.com/2021/04/17/squad-hotfix-v2-6/]LINK URL[/url]].

Also in April the JoinSquad forums returned after being offline. If you have not had a chance to do it please register for the forums as it’s a great place to chat with your fellow players about the game. We’ll be utilizing our forums even more in the new year, so we hope to see you all there! [[url=https://forums.joinsquad.com/]LINK URL[/url]]

While we had done extensive work providing gameplay updates and focusing on addressing technical debt in Squad, by that point in the year the team realized that players were anxious for more content. With our emphasis for new content on Amphibious we realized that we would likely not have anything out in a timely manner. Thus knowing about the great work our Mod Community was doing with Squad we ran the Open Modding Event with the aim of increasing usage of mods within the player base as well as allowing Licensed Servers to support mods. This Open Modding Event started in May and ran through the first week of June [[url=https://joinsquad.com/2021/05/26/open-modding-event-phase-1/]LINK URL[/url]]. There was some technical work that we had to do on Squad behind the scenes to best support mods, and ensure that a mod would not have the ability to prevent players from even being able to run the game but we were glad to be able to provide this new support to our modding community, and let more players access mods on a greater variety of servers.

Near the end of June we began to hold playtests for what would become the start of the V2.12 Update that is currently in progress. With a significant overhaul to how lighting and shadows work in Squad the update touches on a great number of aspects of the game and has proven harder than we anticipated to release due to how much of the game the Shadows and Lighting overhaul impacts..

June also saw the release of Squad V2.9 containing a slew of gameplay updates and bug fixes aimed at improving your overall experience while playing Squad [[url=https://joinsquad.com/2021/06/28/squad-update-v2-9/]LINK URL[/url]]. V2.10 was released in the first week of July to address some issues that stemmed from the release of V2.9 [[url=https://joinsquad.com/2021/07/07/squad-update-v2-10/]LINK URL[/url]].

In August the Squad team released V2.11 with changes to spawn mechanics at HABs/FOBs, and a number of quality of life changes, including Saveable Keybinds, and most importantly the new map Anvil which was originally developed by Midnight Interactive for the Australian faction [[url=https://joinsquad.com/2021/08/18/squad-update-v2-11/]LINK URL[/url]].

We understand that players are keen for the Australian faction to come to Squad. When we purchased it from Midnight Interactive it became apparent that significant additional work was needed. We have to ensure that the faction works with the improvements made by the dev team during layer overhaul as well as improvements and fixes made to the game engine. With other priorities being the focus of the Squad team we have not had the opportunity to dig into the bulk of the work to complete the faction and bring it up to releasable standard.

In September we resumed testing for the V2.12 Update, which also features gameplay improvements alongside the lighting and shadow upgrades [[url=https://joinsquad.com/2021/09/29/squad-playtest-this-weekend/]LINK URL[/url]]. Given the technical issues that we have had with other releases, and the wide ranging changes in V2.12 we are being cautious with the release, striving to ensure that it is rigorously tested before it’s release. We have already pushed it back after running into technical issues with the update, but now barring any further issues being discovered during the Playtest sessions we aim to release it in the first part of 2022.

In October we had the first Squad Developer Q&A and took questions on our forums [[url=https://joinsquad.com/2021/10/29/october-squad-developer-qa/]LINK URL[/url]]. It’s part of a renewed focus on open two way communication between us as developers of Squad and you the players. Your feedback is always welcome, and in fact has been extremely helpful throughout the history of Squad’s development and the lessons that we took from the Q&A [[url=https://joinsquad.com/2021/11/25/learnings-from-our-first-qa/]LINK URL[/url]] will help guide us as we go forward into 2022 and beyond. We also promised a second Q&A in December, but with the team focused fully on preparing V2.12 for launch in 2022 we are postponing it. The next Developer Q&A will come in the New Year.

It is clear to us as a development team that we have not released enough content for Squad this year and that we promised much more than we delivered.

Some of this was because we had to focus on improving what we call technical debt, fixing underlying issues with Squad that are not noticeable to players on a day-to-day basis but can greatly affect future development on the game.

Another issue was dealing with patching issues with Updates after their release. While having to address bugs, and fix issues after a major release like V2.0 is common in software development for a small development studio like Offworld Industries, having to shift to fixing issues unfortunately throws further development out of schedule far more than it would at a larger studio where a game team can have multiple groups organized to tackle parallel tasks. That is not an excuse, or an apology, it is simply a reality that as a studio we have to live with as we organize our priorities, and when making promises to you the player community.

At times in our eagerness to tell you about the things that we are working on that excite us, and that we know will excite you, we have naively overpromised and under-delivered.

We are looking at ways of improving our internal work flows to catch more issues before they’re released. We are also working towards staying focused on content creation and release so that we can get out the long promised updates like the USMC faction, the Australian faction, and the Pan-Asian faction as soon as possible.

As 2021 closes we are proud that we have begun to improve communication between you the players, and us the developers of Squad. In 2022 we hope to continue that improvement, and pair it with an increase in content being released for the game.

Whether you’re a longtime veteran of the game, or a fresh recruit in 2021, we’re thankful for your support of Squad and look forward to seeing you in the game soon.